FRANCES SLOCUM STATE PARK, Pa. — The Department of Agriculture is warning dog owners about the lake water at Frances Slocum State Park, saying it has test... 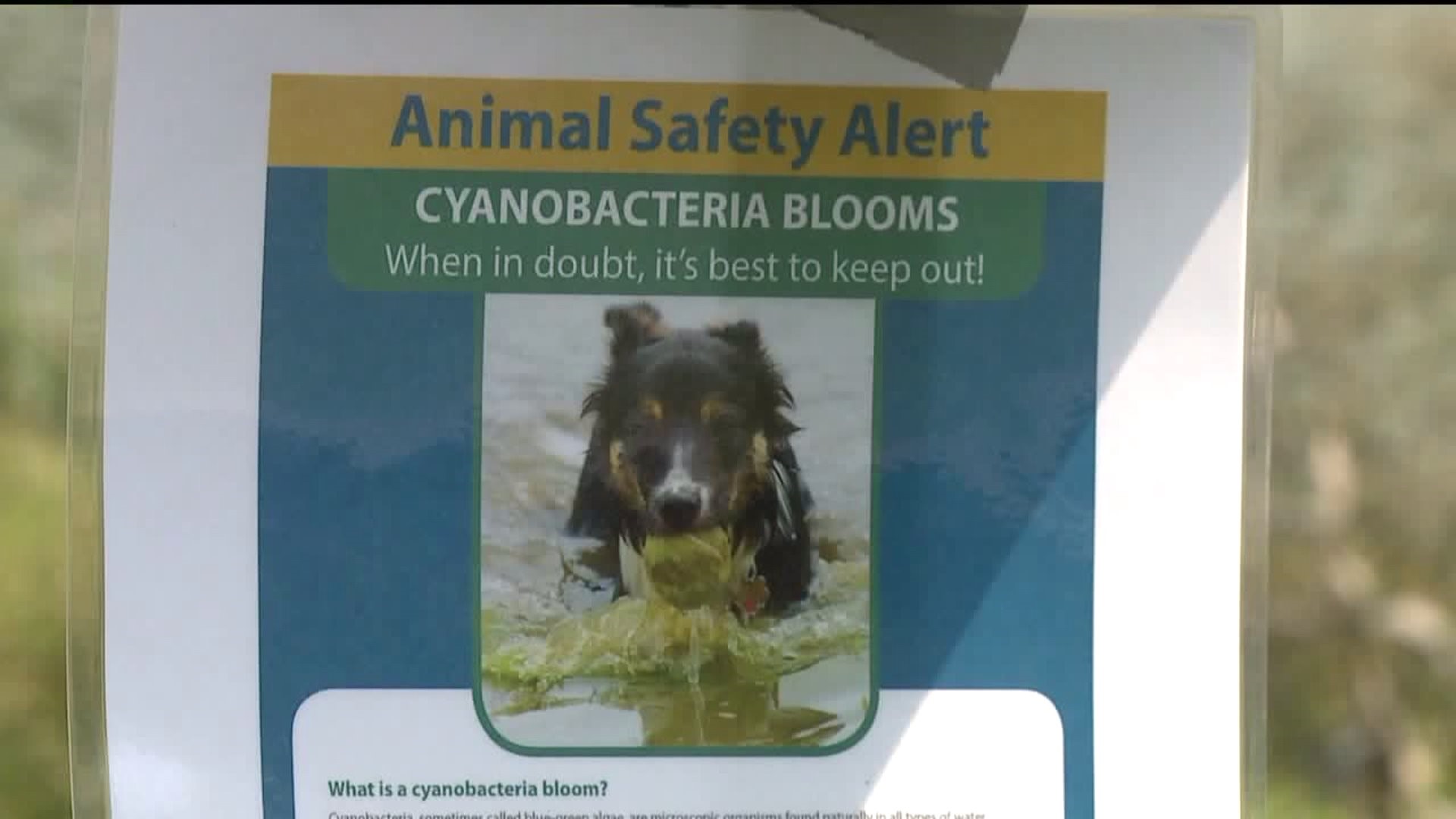 FRANCES SLOCUM STATE PARK, Pa. -- The Department of Agriculture is warning dog owners about the lake water at Frances Slocum State Park, saying it has tested positive for blue-green algae, which can be dangerous for dogs.

For now, James Charters of Dallas Township is walking his dog Kasha through the woods at Frances Slocum State Park, but he says where she really likes to go is in the water.

"First thing they do, they go right in the water. They take right off swimming. People in a kayak or canoe, they see a kayak come down, they thought it was party time," Charters said.

But for now, that party is over as the Pennsylvania Department of Agriculture warns dog owners to keep their pets away from the lake at Frances Slocum.

Officials say cyanobacteria blooms, or blue-green algae, have been found at the park, and exposure to it could lead to serious illness or death for dogs.

"I used to walk them real far. They always used to go in the water down there and cool off and they'd always drink it," Charters said.

The lake at Frances Slocum is currently off-limits to dogs, but the CDC recommends if you're unsure about any body of water, you should keep your animals away from it.

Officials say if your dog is experiencing symptoms of exposure after being near water, call your veterinarian immediately.

Those symptoms include loss of energy or appetite, vomiting or diarrhea, stumbling, tremors, foaming at the mouth or excessive drooling.

Charters was thankful to be warned about the dangers in the lake. He says he isn't sure Kasha, at the age of 16, would survive the illness. She'll have to play elsewhere.

Studies have shown this kind of algae can make people sick too, but people aren't allowed to swim in the lake at Frances Slocum anyway.