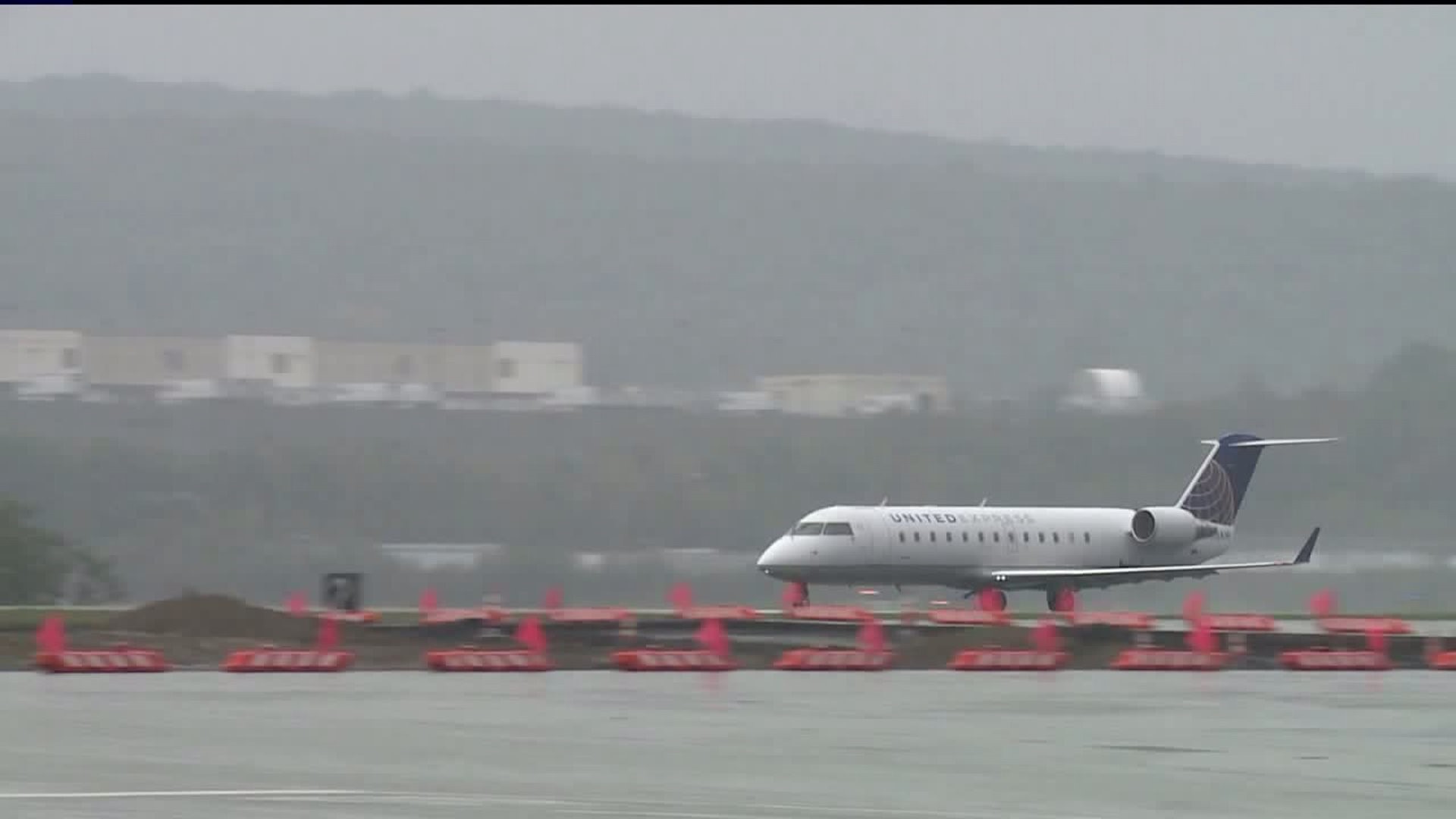 PITTSTON TOWNSHIP, Pa. -- The partial government shutdown is in its third week, and thousands of workers are not getting paid.

This government shutdown is now on day 22, making it the longest in U.S. history.

Here at home, federal workers are starting to wonder how they will make ends meet.

At the Wilkes-Barre/Scranton International Airport, federal workers are trying to balance their budgets until the shutdown ends.

Leonard Ameika of Duryea says this is the first time in his life he has worked and did not get paid.

Ameika works as an air traffic controller at the airport in Luzerne County. Because of the government shutdown, his pay check was reduced to zeros.

"First time in my life I have come to work for 40 hours a week, 80 hours in a pay period, and received a paycheck for $0 for the work I have done," Ameika said.

Union officials say there are more than 20 employees who are not being paid during the government shutdown.

"Everything we do is live and moving at 500 miles per hour, so we need to separate our at-home life from our work life. When you are not getting paid, it is very tough."

Ameika joins the hundreds of thousands of other government workers across the country who weren't paid.

"When you hear the rhetoric of this can go on for months or years and you're trying to figure out how to live your life with no income even though you are working for months or possibly years and it has nothing to do with you," Ameika said.

Airport Executive Director Carl Beardsley says although workers are not getting paid, they haven't skipped a beat while on duty.

"That is because the good people who work for the Transportation Security Administration and FAA are making sure their customers are well taken care of," Beardsley said.

For Ameika, all he can do is hope the government shutdown does not last too much longer.

"Come into work tonight, the midnight shift overnight, and keep coming here, and keep working the safest airspace we can. It is our job," Ameika said.

The National Air Traffic Controllers Association filed a lawsuit against the government, arguing that the government should not compel their members to work without pay.