WILKES-BARRE/SCRANTON INTERNATIONAL AIRPORT — The season for summer travel is upon us, and millions of Americans will be flying from June 1 through the en... 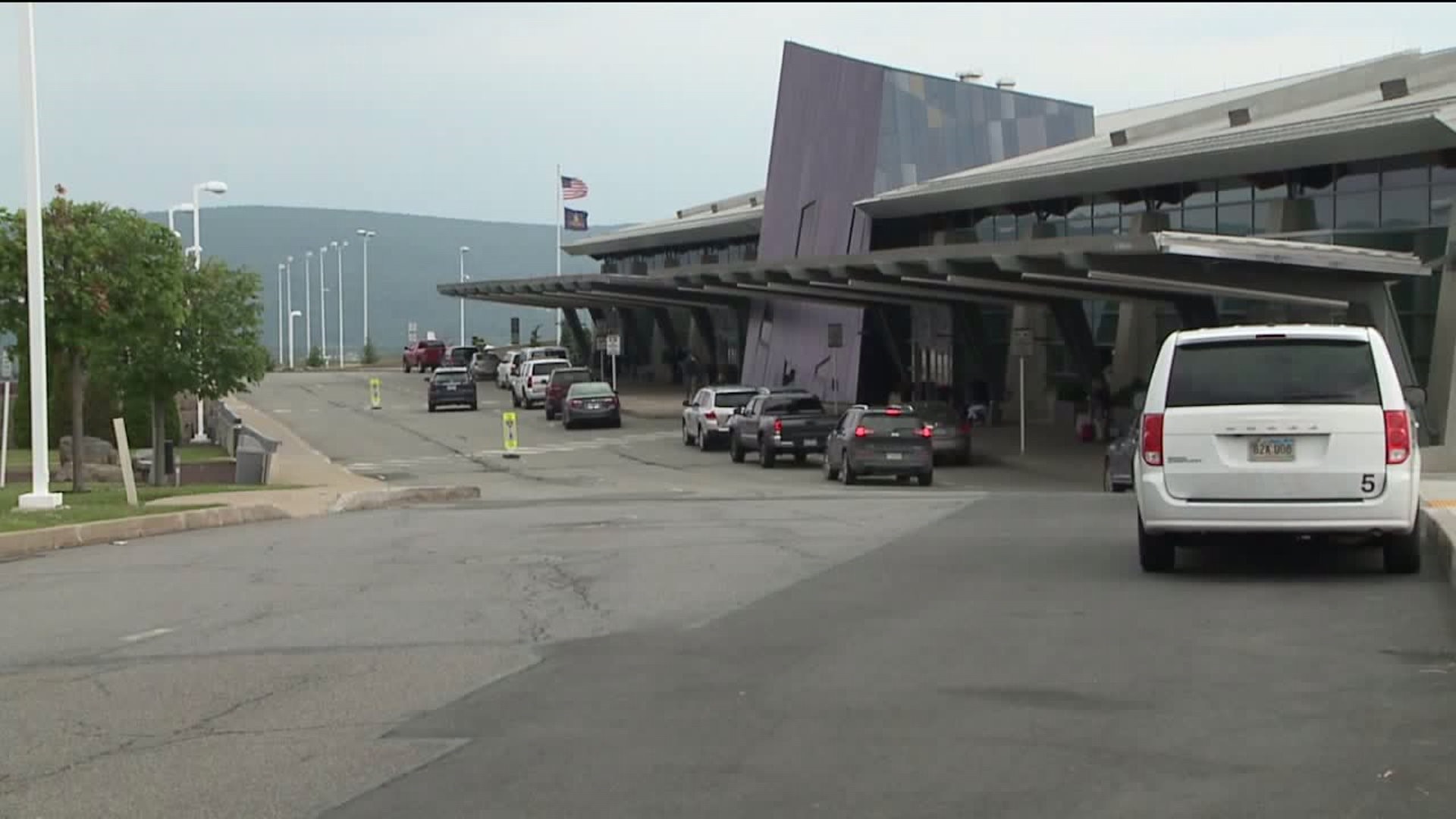 WILKES-BARRE/SCRANTON INTERNATIONAL AIRPORT -- The season for summer travel is upon us, and millions of Americans will be flying from June 1 through the end of August for their vacations.

Just as we enter peak travel time, Wilkes-Barre/Scranton International Airport is announcing new plans. The airport was just given a $2.5 million grant. That money will be used to repave a taxiway and build a cell phone parking lot.

The parking lot will allow drivers to pull off and wait for free until they presumably get a call from the person they're waiting for. Newswatch 16 saw 20 or more drivers waiting in the roadway just before an arrival flight was expected to land. Uber and Lyft driver Bryan Ruff is relieved to hear it's coming.

"It allows us to park while we're waiting for a ride. Makes it convenient so we're not in areas where we can't park and get harassed by the cops and take up areas where people have to unload quick," Ruff said.

"To have a special pull-off lane, a cell phone lot, that would be really ideal. Less congestion, less traffic," Peter Amoto of Waverly said.

Peak summer travel also began this week. Airlines for America estimates 257 million Americans will be flying this summer. Emilee Allis of Wyalusing is one of them.

"It gets a little crazy, but I mean, they're pretty good at getting things flowing," Allis said.

In addition to cell phone parking, airport officials want to use part of that $2.5 million to repave a taxiway.

"It's been about 20 years since we did a rehabilitation, so we're going through, we've evaluated the pavement and determined what areas might need to be replaced full depth," Airport Director of Engineering Stephen Mykulyn said.

"I'm really happy with the way they've made progress here at the airport and got it to the place it's in now," Amato said.

Airport officials expect the cell phone parking lot to be finished by spring of next year.