Airport Goes to the Dogs 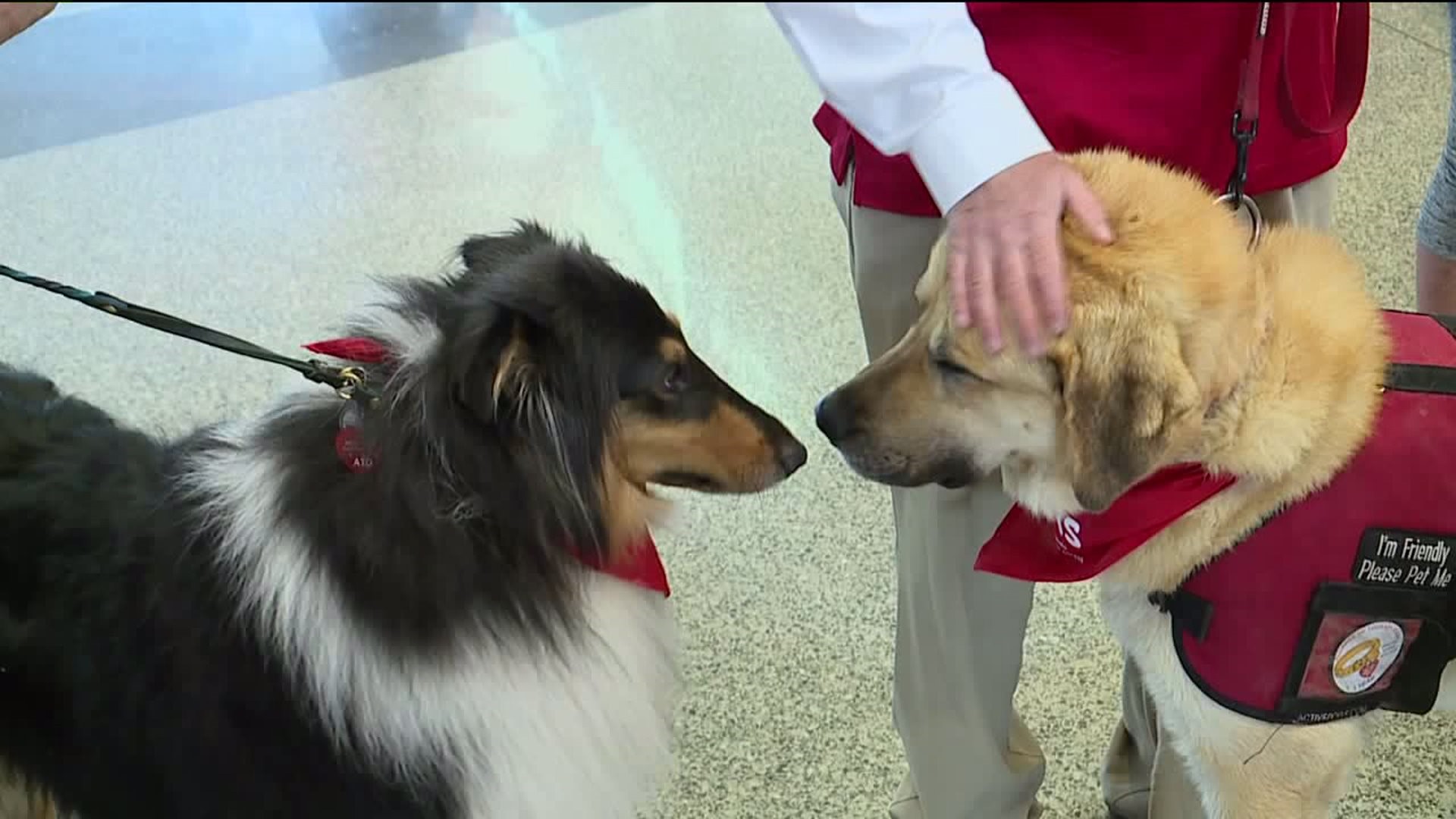 On Friday, they added some more activity to the terminal not travelers, but some four-legged friends.

"There are airports across the country that are looking to reduce stress at airports, make it a more fun environment," said airport director Carl Beardsley.

One way of doing that is having furry friends and their handlers in the terminals, especially for those travelers who get a little nervous about flying.

Mary Schriebmaier will be here at times with her dog Nico. He has plenty of other experience.

"He has about 150 visits at the VA hospital, Geisinger, Bloomsburg University, very active in the community with autistic children," Schriebmaier said.

The airport announced it had a record month for April, with 52,000 passengers coming and going. Travelers here of all ages certainly noticed the new addition.

"I thought the airport went to the dogs. I thought who knows what's going on, we thought maybe it's something special but we had no idea this is what it was," said Joe Liberatore of Scranton.

"It's so nice to get off a long flight and see the puppies and see how they were eager to greet us all and they'll do a great job to help those who are nervous about flying," said Patrice Rowbal of Detroit.

These dog/handler teams are all volunteer and will roam in pre-and-post-security areas, anywhere there might be a traveler looking for a little four-legged comfort.