WILKES-BARRE TOWNSHIP — We’re four days into the heat wave now, and people are still buying air conditioners. You’d think they would have sold... 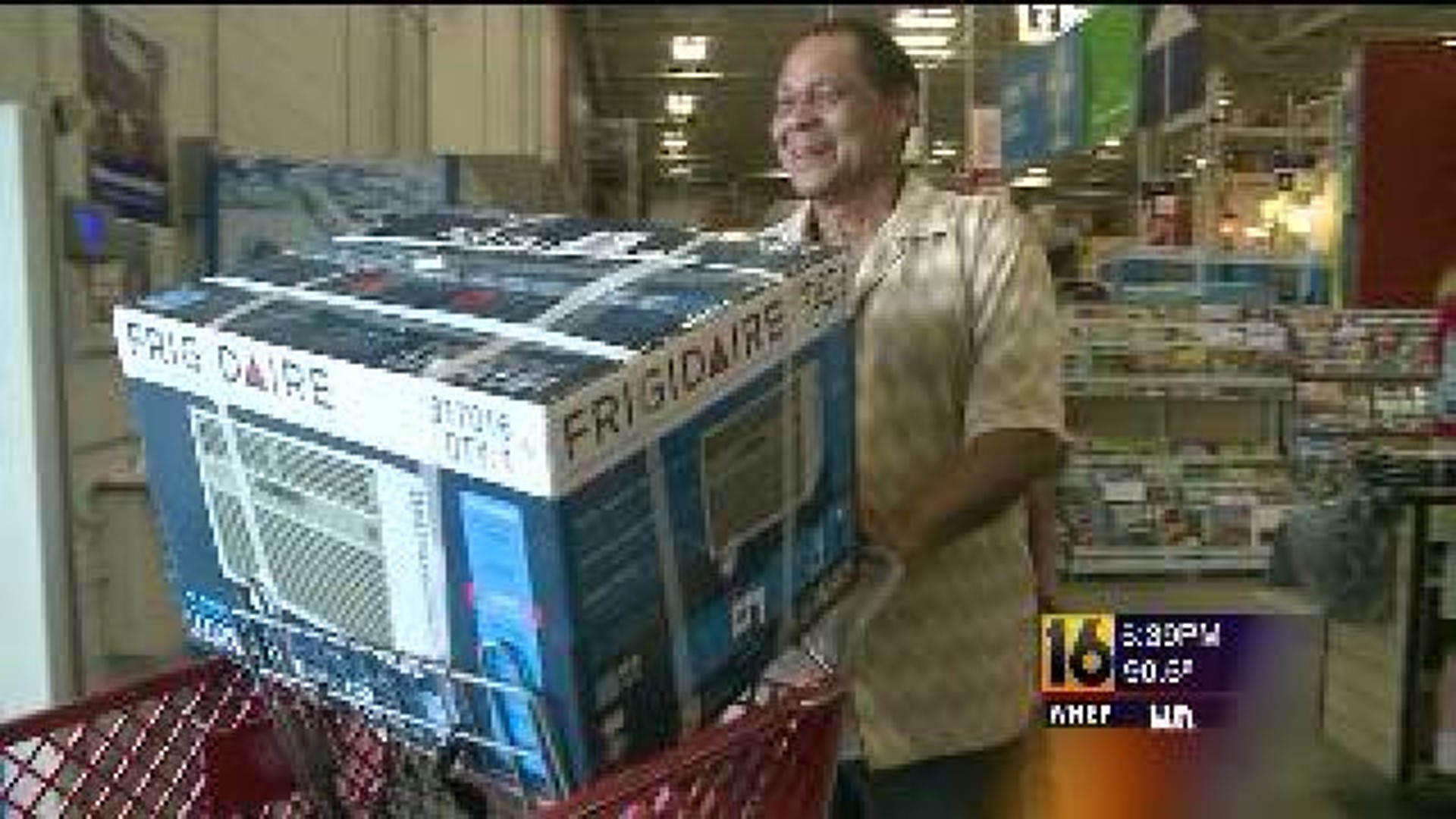 You'd think they would have sold out by Tuesday this week, but it seems some have put it off.

In the blazing sun and sweltering heat, there are few things more treasured than air conditioners. Lowe's in Wilkes-Barre Township put its air conditioners and fans on display in the center of the store.

"When you're this hot, I don't think people really care about prices. They just want an air conditioner," said Kevin Uren of Plymouth.

Uren is searching for one for his nephew, but the small and portable units are sold out.

"We are working on getting more in, but we've had such a rush on it that it just depleted our stock," said Jim Sant, Lowe's Assistant Manager.

Even though the shelves are clearing out, customers say there are more than they thought there would be at this point in the heat wave.

"We thought 'the early bird gets the worm,' and we were definitely late with the heat wave, so we feel lucky," said Jarrod Schoffler of Springfield.

So why have these people waited so long to buy an air conditioner? Everyone who spoke with Newswatch 16 said they just procrastinated.

"It's just silly to keep waiting for the heat to break. So we just figured better now than never," said Schoffler.