A nonprofit in Luzerne County says it has been receiving hate online and in-person because of the flags hanging outside its office in Wilkes-Barre. 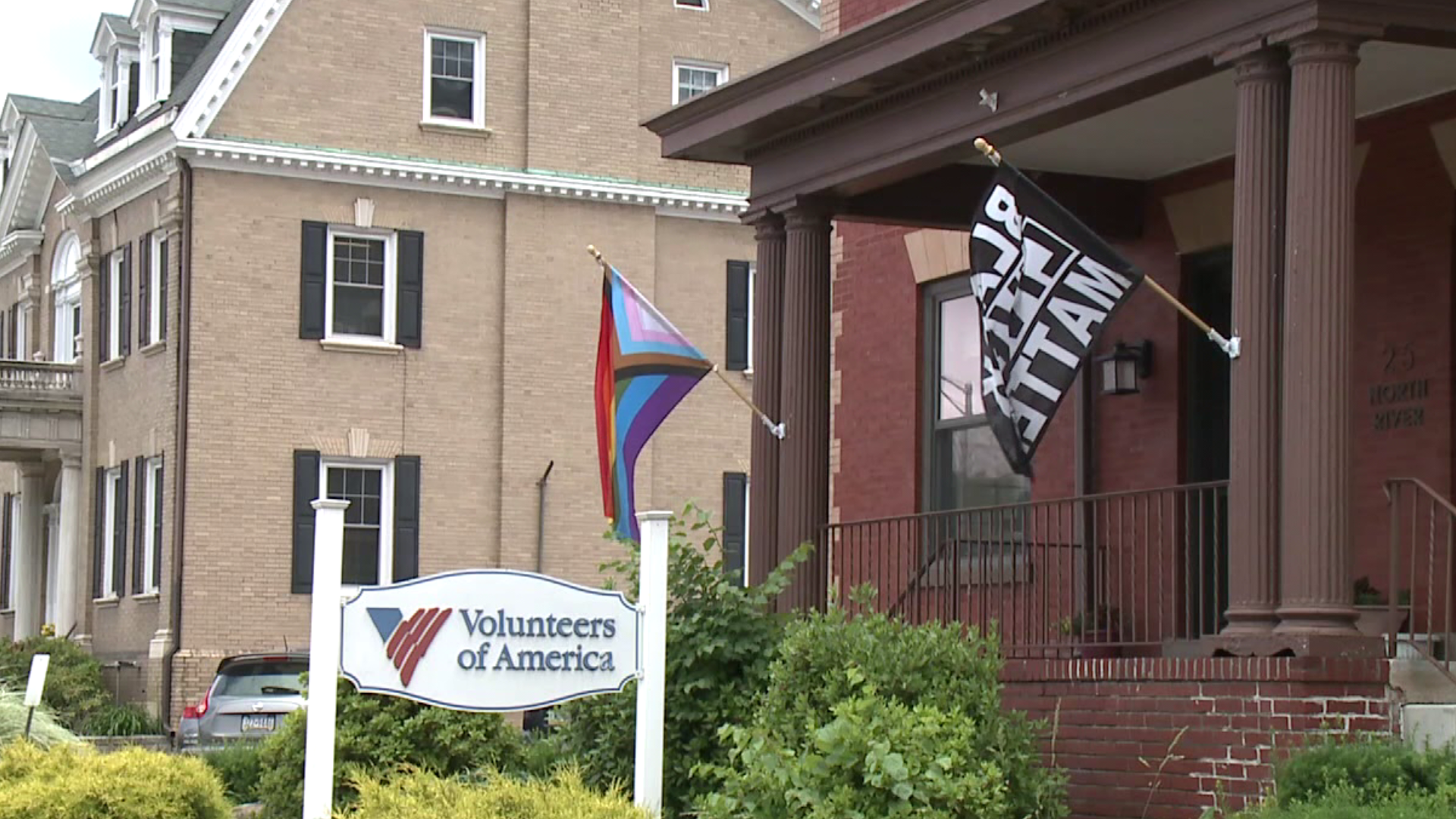 WILKES-BARRE, Pa. — Volunteers of America is a social service organization that helps veterans, at-risk youth, the homeless, and more.

Right now, two flags are hanging outside its offices on River Street in Wilkes-Barre: a Pride flag and a Black Lives Matter flag to celebrate Pride Month and the upcoming Juneteenth holiday.

Leaders at VOA say someone put up a social media post late last week about these flags.

"With the requests that people verbalize, call, and or stop by to voice their displeasure of our flags that are being flown out front," said Jodina Hicks, president of Volunteers of America Pennsylvania.

Prior to these flags flying, Hicks says American flags were here. They were tattered and torn and taken down while the organization finalizes plans for a flag pole for a bigger, better American flag.

In the meantime, teens living here wanted to fly these flags as an expression of inclusivity, but after the social media post, she says the response has been scary.

"People coming to the building, looking in windows, cars lining up that out front, yelling profanities and profane hand gestures at our staff."

She says threatening comments online forced the organization to evacuate the building over the weekend.

Leaders with Volunteers of American Pennsylvania say they feel like the hate the organization is receiving directly contradicts the freedom the American flag represents.

Other businesses and nonprofits in the area are not required to fly an American flag.

The president also tells Newswatch 16 they will not put the American flag out unless it's a holiday or until their flagpole is ready because they do not want to reinforce the hate the organization is receiving.

"We're not here to debate a political point or a flag, we are here to serve this community, and our staff give of themselves 24/7."

Hicks says she has been working with police in Wilkes-Barre to make clients and staff here feel safe.