WILKES-BARRE TOWNSHIP, Pa. — We learned more on Monday about a crash that closed part of Interstate 81 in Luzerne County Sunday. An SUV wrecked that had 1... 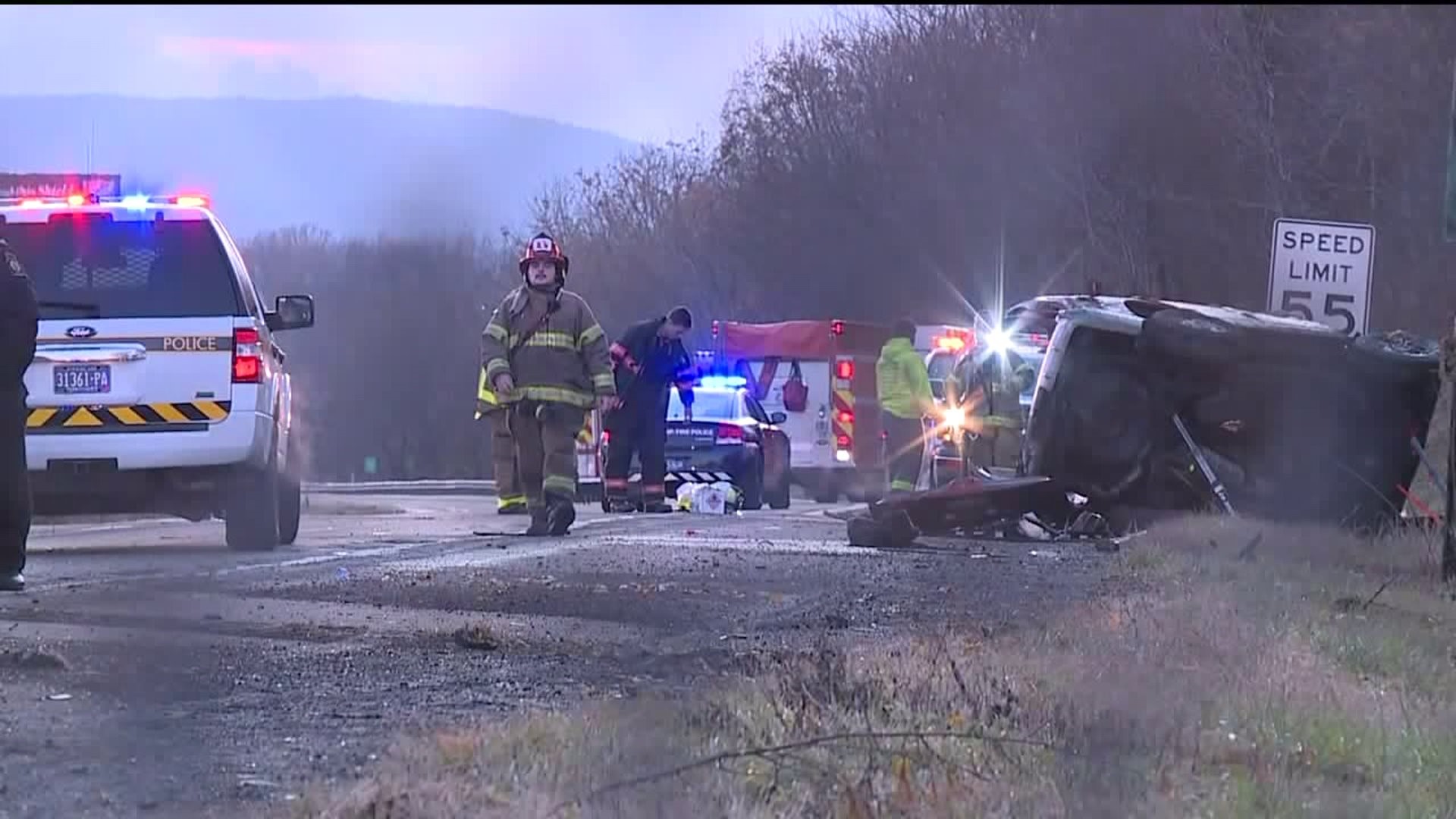 WILKES-BARRE TOWNSHIP, Pa. -- We learned more on Monday about a crash that closed part of Interstate 81 in Luzerne County Sunday. An SUV wrecked that had 10 people inside, including seven children.

How those people were seated in the SUV and whether they were wearing seatbelts is part of a state police investigation.

At a previously scheduled news conference, police and highway safety officials stressed the importance of taking safety measures, like wearing seatbelts, out on the roads this holiday season.

First responders spent hours Sunday at the site of a rollover crash on Interstate 81 near Wilkes-Barre.

Troopers say an SUV was heading south and carrying 10 people, including seven children aged 2, 5, 6, 9, and 14. Several were thrown from the vehicle, and all were sent to area hospitals.

Troopers are investigating whether all the passengers were seated properly or wearing seatbelts.

At a previously planned news conference about holiday travel safety, highway safety officials didn't address this crash specifically but did stress the importance of following the one-passenger-per-seatbelt rule.

"If there are more passengers than there are seatbelts, then that's a good indication that there was probably either people squeezing through sitting on somebody's lap, and obviously that's not very safe," said Rebecca Rybak, Northeast Highway Safety Program.

"If you're going into a rollover collision, it's going to keep you in your seat as it does when you're just in a regular collision. There's less of a chance of you getting injured, especially with these automobiles with your front airbags, your side airbags. The cars are designed to save your life," said Charles Rauschkolb, Luzerne County DUI checkpoint coordinator.

Some travelers on Interstate 81 tell Newswatch 16 they've seen the importance of wearing a seatbelt firsthand.

"Being in the funeral director's business, I've come across a number of accidents where people haven't used their seatbelts, so I go by the rule, you can't live without it," said South Carolina resident Paul Sanford, adding that he understands seatbelts can be uncomfortable.

"From a reality standpoint, visit a family that just had one of their kids thrown through a windshield sometime because they weren't wearing a seatbelt and you'll see the importance of it. And I've seen that first hand myself."

State police say five people involved in the crash are still in the hospital, but we don't know their conditions, and five have been released.

Police still haven't said who they are or where they are from.

This crash is still under investigation.