Members of the community threw an event to show support for police officers in Wilkes-Barre. 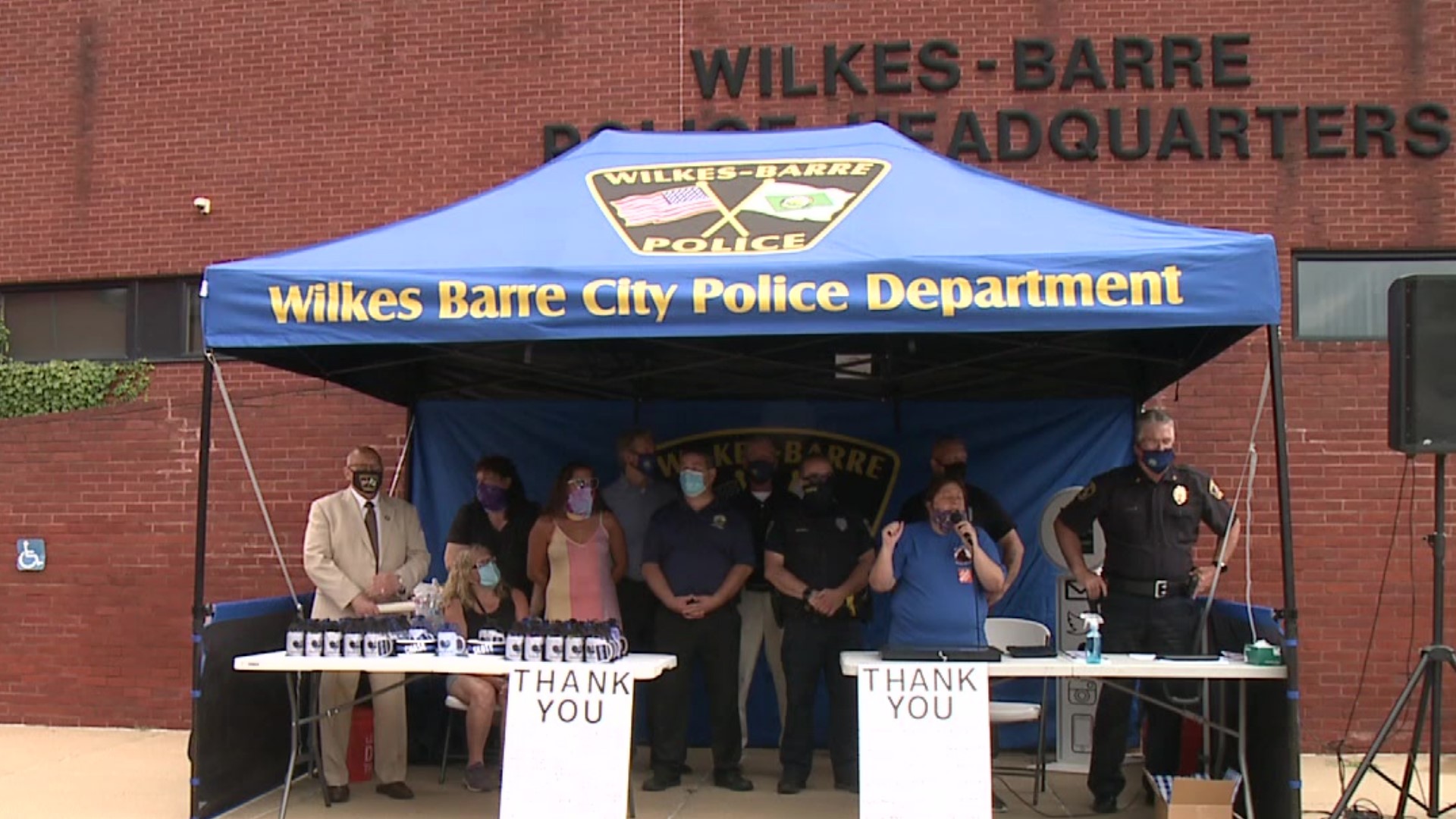 WILKES-BARRE, Pa. — Dozens gathered outside the Wilkes-Barre police department for an Adopt-A-Cop event. It was there that members of the community came out to show their support.

"A lot of people are down right now and they're upset, a lot of things are going on with the COVID and everything," explained Mary Ellen Jones of Wilkes-Barre. "I just want to uplift people and we need to be happy and move forward with everything instead of being stuck down in a rut or anything."

Mary Ellen Jones is with the Wilkes-Barre City Neighborhood Crime Watch Coalition. She and others organizations put together this fundraiser where members of the community donated $12 to give officers a small gift, a meal, and a plaque to show their appreciation for their work in the city of Wilkes-Barre.

"My wife adopted 3 of us and I was not one of them. I actually think she thinks they're going to come over and cut the grass but anyway we want to thank everyone for purchasing the gifts and for the donations that will be used to community policing efforts we could not have asked for a better showing of support and I am personally moved by the whole experience," said Wilkes-Barre's police chief Joseph Coffay during a speech at the event.

"It's important for our officers to see the support that they have behind them especially during these times now," added WBPD Officer Kirk Merchel.

Especially when it comes from young men like Jayden Lord of Hanover Township. Who not only adopted a police officer, but also, according to his mother, spends a good amount of time patrolling his own neighborhood.

"It was his idea and it was a perfect idea because he always wants to be a police officer," explained his mother, Laura Laubauskas. "I'm very proud of him for being 7 years old and having that much care and empathy for others."

Organizers tell Newswatch 16 they raised more than $700 for the officers through this event. Anything that didn't go to the small tokens of appreciation will go straight to the department. The department tells me they will use that money to help fund community events and policing efforts.