WILKES-BARRE, Pa. — It was quiet on Public Square in Wilkes-Barre as police officers stood around the Beehive Monument in its center. These officers were ... 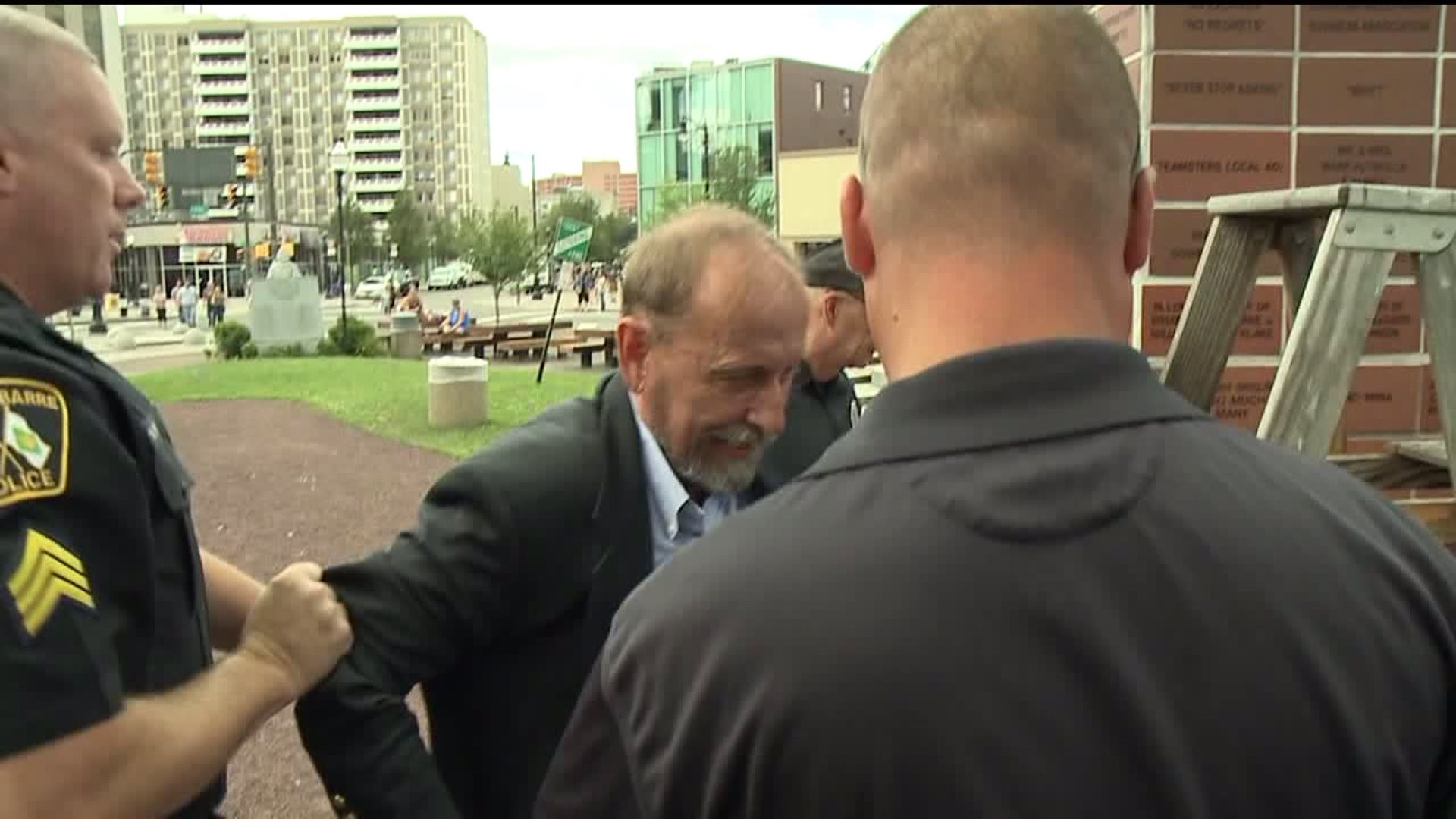 WILKES-BARRE, Pa. -- It was quiet on Public Square in Wilkes-Barre as police officers stood around the Beehive Monument in its center.

These officers were here because of the recent uproar over a brick on the monument.

'The East Coast Knights of the Invisible Empire' is a group that displays symbols of the Ku Klux Klan on its website and promotes white supremacy.

Some believe it should be taken down.

Others, including activist Gene Stilp of Harrisburg, feel the same way.

He came here with the intention of removing the brick with a chisel.

"My point is that I don't think that any of these people want their names on the same plaque as the Ku Klux Klan," said Stilp.

City administrators tried to reason with Stilp, telling him organizations have a First Amendment right to place a brick on the monument.

Stilp told the city the brick itself was a defacement and he would be performing a public service by removing it.

He also tried to buy the brick's space from the city.

We spoke with civil rights attorney Barry Dyller and he tells Newswatch 16 this is nuanced and a ruling on this issue would require research into Supreme Court precedents.

He did say the city is not permitted to discriminate on speech based on its contents.

Police told Stilp they did not agree with the message of the brick, but they could not allow him to damage public property in their presence.

When Stilp tried to cover the brick with tar, they took him into custody.

"When someone like this steps up and does civil disobedience to point attention to a cause, we should always support that person," said Alex Lotorto of Scranton.