WILKES-BARRE — A suspect in a brutal double murder took the witness stand to tell the jury her side of what happened the night a father and son were kille... 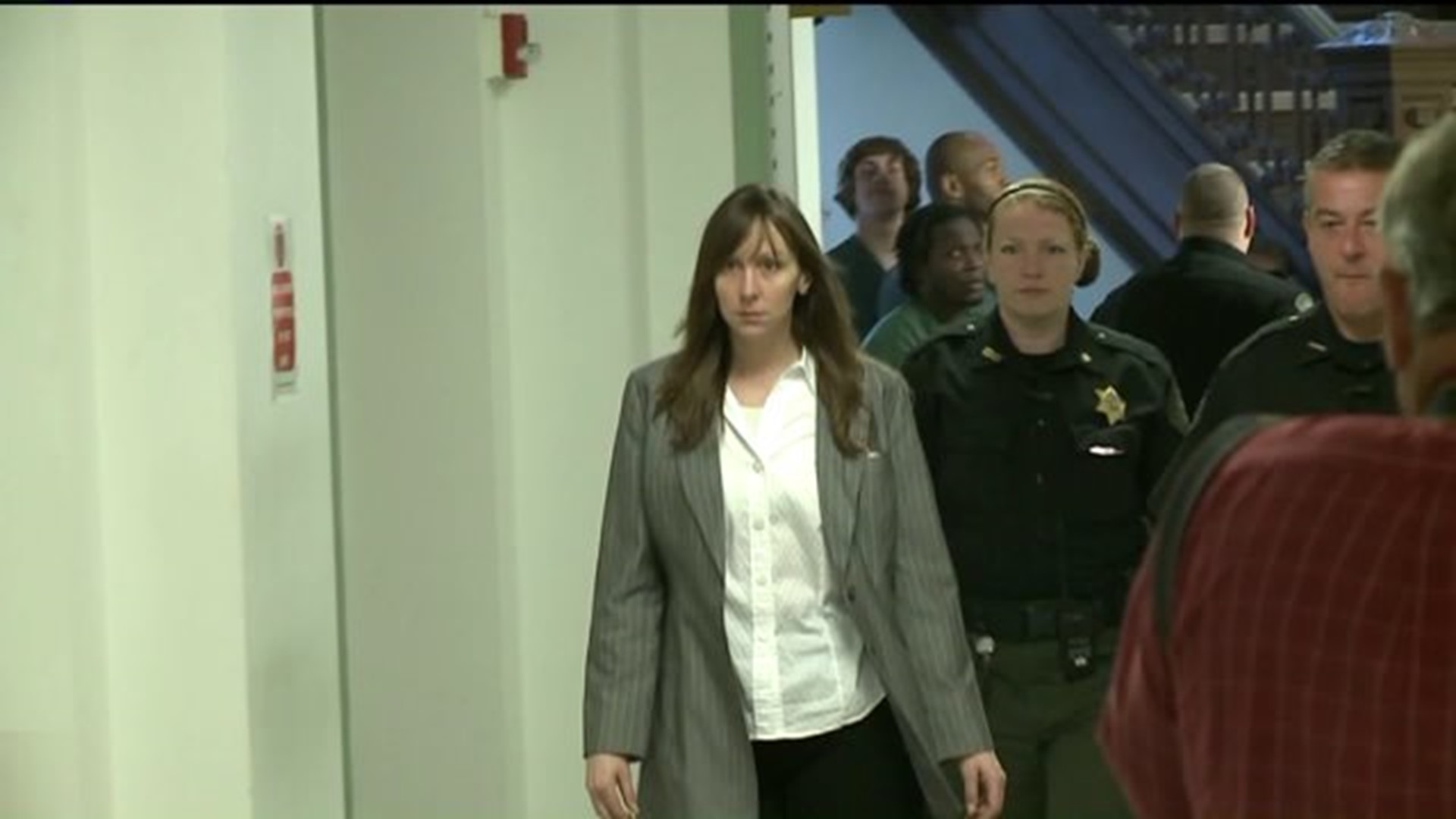 WILKES-BARRE -- A suspect in a brutal double murder took the witness stand to tell the jury her side of what happened the night a father and son were killed.

Holly Crawford is accused in the April 2014 murders of Ronald Evans and his son Jeff in their home near Hunlock Creek.

In Luzerne County Court, Crawford took the stand in her own defense, but it's what she could not say for the prosecution that has some questioning her testimony.

Crawford claims she had nothing to do with the murders of Ronald and Jeff Evans last year. She told the defense she went to the home to calm her out-of-control and violent boyfriend. But the prosecution isn't buying that story.

While testifying in her own defense, Crawford described her rough childhood. She also talked about her sexual relationship with murder victim Ronald 'Barney' Evans.

But she went into the most detail about the physical and emotional abuse she says she suffered from James Roche, her boyfriend and accused accomplice in the murder.

"When he got hyped up and aggressive, he would back me up to a wall and punch holes in the wall.

"He choked me many times. He seemed unpredictable. I never knew if he was going to run out and hurt me."

Crawford says she stayed with James Roche, her on-again-off-again boyfriend, because she thought it was her fault when Roche hurt her.

Crawford testified she only went with Roche to the Evans home near Hunlock Creek on the night of the murders to calm Roche down. She says Roche was drunk and acting aggressively, and she never heard the gunshots when Roche pulled the trigger.

But the tone in the courtroom changed when the prosecutor asked questions, and Crawford couldn't come up with answers.

"Holly, how do you explain Barney's blood on the gun?" prosecutors asked.

"You can't believe her because she either says she can't remember it or she didn't hear the gunshots when supposedly she was right there," said Elaine Kukowski, a family member of the victims.

Crawford faces the possibility of life in prison if convicted.

Her boyfriend and accused accomplice James Roche has his trial set for November. alley newsroom.