PITTSTON — After five armed robberies in five days in Luzerne County, police have made an arrest. Authorities arrested Joseph Lombardo around 1 p.m. Tuesd... 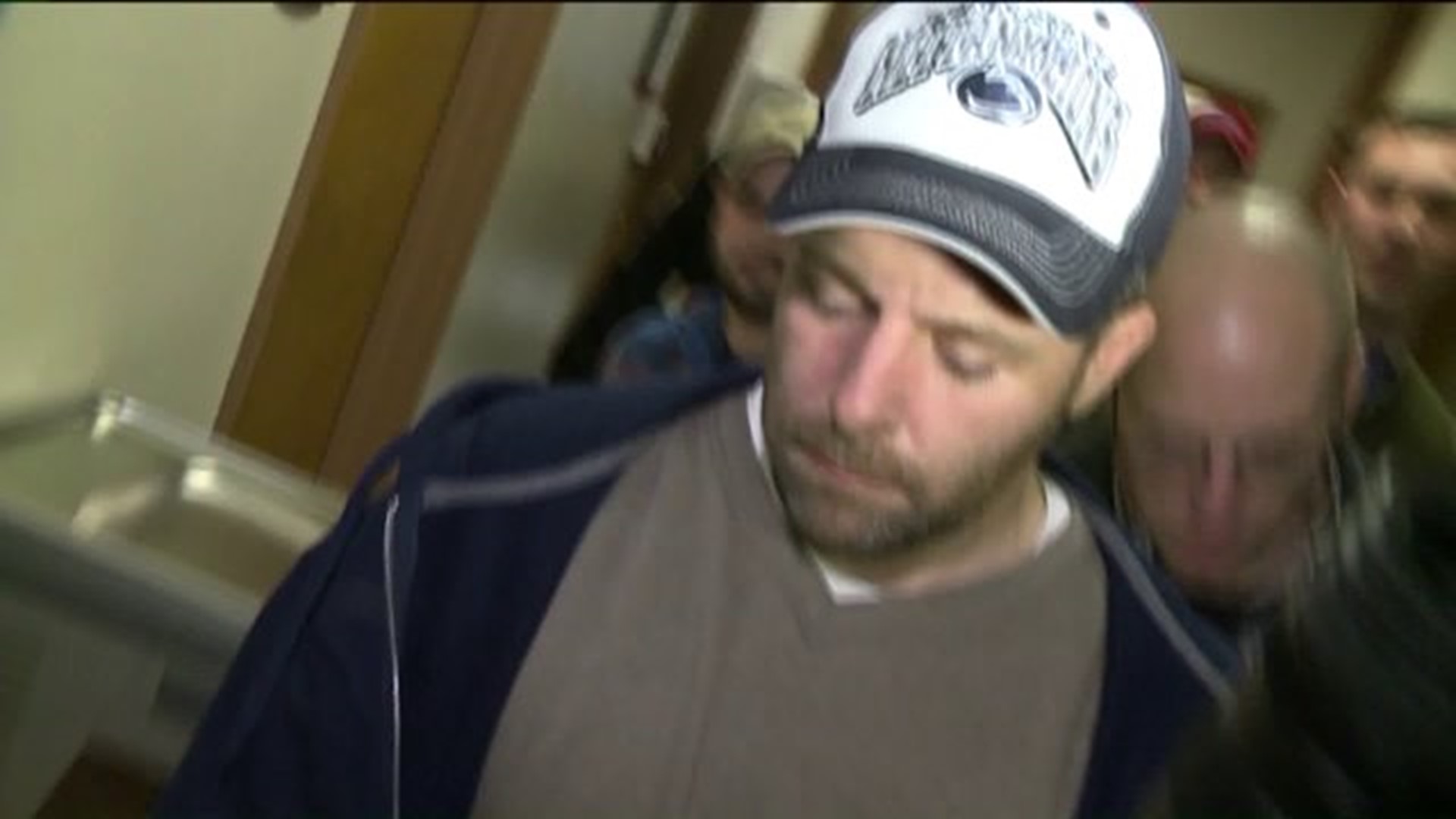 PITTSTON -- After five armed robberies in five days in Luzerne County, police have made an arrest.

Joseph Lombardo looked defeated as he was led into Pittston Police Headquarters before being arraigned on robbery and theft charges.

Authorities believe Lombardo is behind at least four armed robberies in Luzerne County in the past several days, first on Friday at Tobacco Road near Pittston, then Saturday at Curry Donuts in Pittston, and Sunday at Friendly's Food Mart, also near Pittston.

The fourth happened at the Uni Mart in Plains Township just before 9 a.m. Tuesday.

Police say he pointed a gun at a clerk in the store. A security camera in the store captured a photo.

For the next few hours, Lombardo managed to evade police as a state police helicopter searched for him.

Authorities received reports of people who looked like him near Wilkes-Barre, including at a furniture store on Mundy Street. Police surrounded the store, but it turned out to be someone else.

Around 1 p.m., police raced to another report of a Lombardo sighting. This time they found him along South Franklin Street in Wilkes-Barre.

Lombardo tried to run but police caught him in the backyard of a house.

Lombardo faces several other charges, including fleeing police and theft.

As for the clerk at the store who had a gun pointed at her, she says she won't left that alleged crook stop her from coming back to work.

"You can't let them win. You leave your job, they win. Not happening, I'm going to be here."