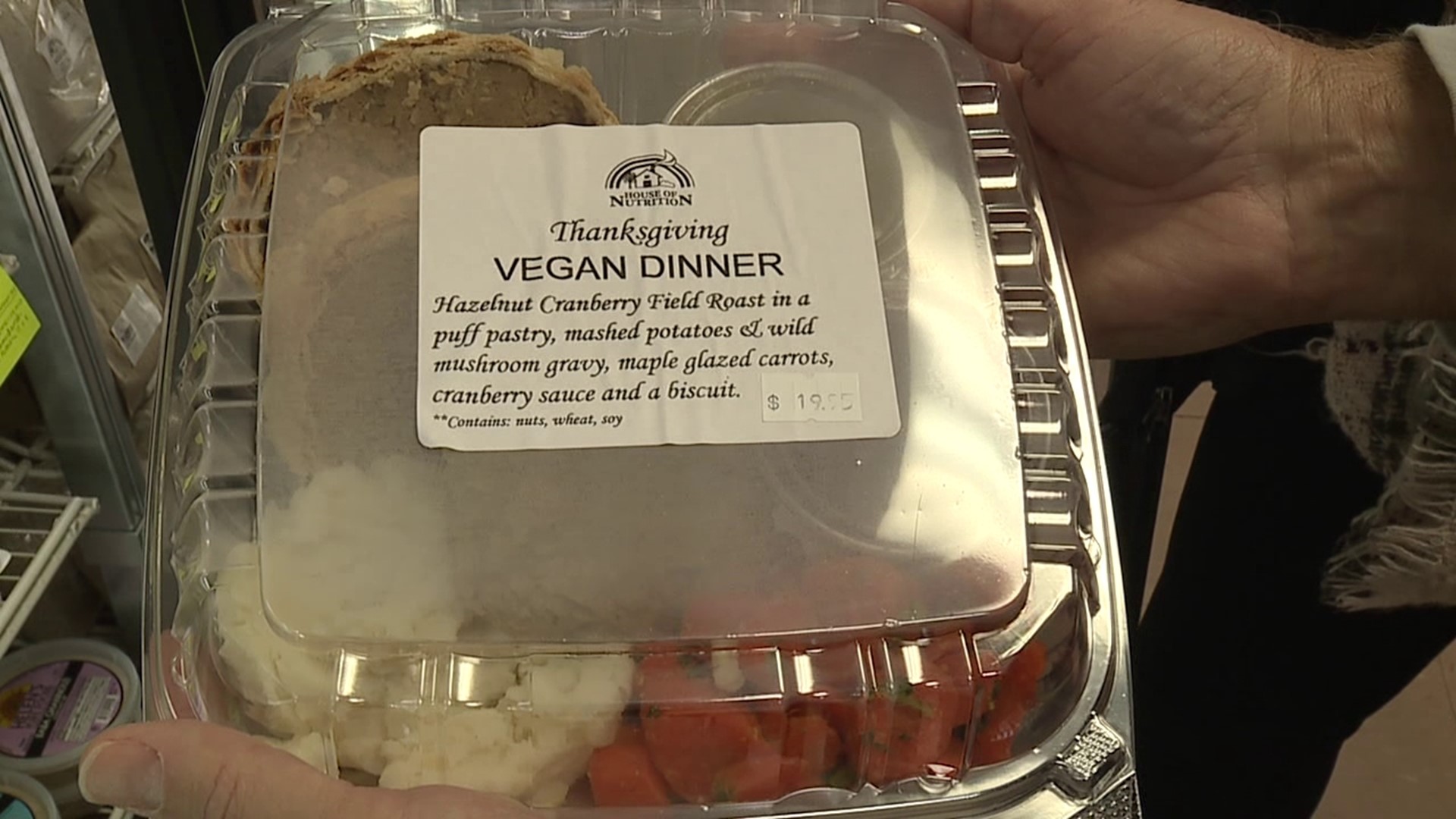 WILKES-BARRE, Pa. — Trays, filled with all the fixings of a yummy Thanksgiving dinner, line the kitchen inside Eden - A Vegan Cafe in Wilkes-Barre.

But this isn't your typical feast with a turkey.

"We do a tofurky roast. So it's by a company called Tofurky, but we do it our own special way, we prepare it with all the fixings, with smashed potatoes, and stuffing and gravy and we have a lot of different sides for people to order," said Christian Pilosi, owner of Eden-A Vegan Cafe.

Owner Christian Pilosi is gearing up for one of his busiest Thanksgivings yet.

This year the cafe is feeding about 60 families between the Wilkes-Barre and Scranton locations.

Rebecca Dennis of Larksville is one of them. She picked up her vegan Thanksgiving wrap ahead of the holiday.

"A couple of years ago, I ordered their whole Thanksgiving meal, and I had leftovers for like days because it was for, meant for six people. I mean, they didn't go to waste. They just sat in the fridge for a little," said Dennis.

Just a short drive away in Luzerne, House of Nutrition is also serving up all things vegan this holiday.

"We've had quite a good response. This year is probably our best for pies and vegan dinners," said Tom Swartwood, House of Nutrition owner.

Owner Tom Swartwood says his catering orders have increased by 50% this year, and some of his shelves with pre-made sides and desserts are empty.

Both owners believe many people are turning toward a healthier plant-based diet.

"I think the more people see it, the perception has changed. People are thinking about their health may be cutting back on somethings like cholesterol and things like that," Pilosi said.

"The word the phrase plant-based has really caught on when you look at research that's being done by the American Heart Association, cancer association there seem to be correlations especially between animal fats and some chronic and some terminal diseases," Swartwood said.

Both owners say they are no longer accepting orders, but you can stop by to pick up a dessert during regular business hours.