A Father's Day gift: Lake Jean reopens for swimming over the weekend 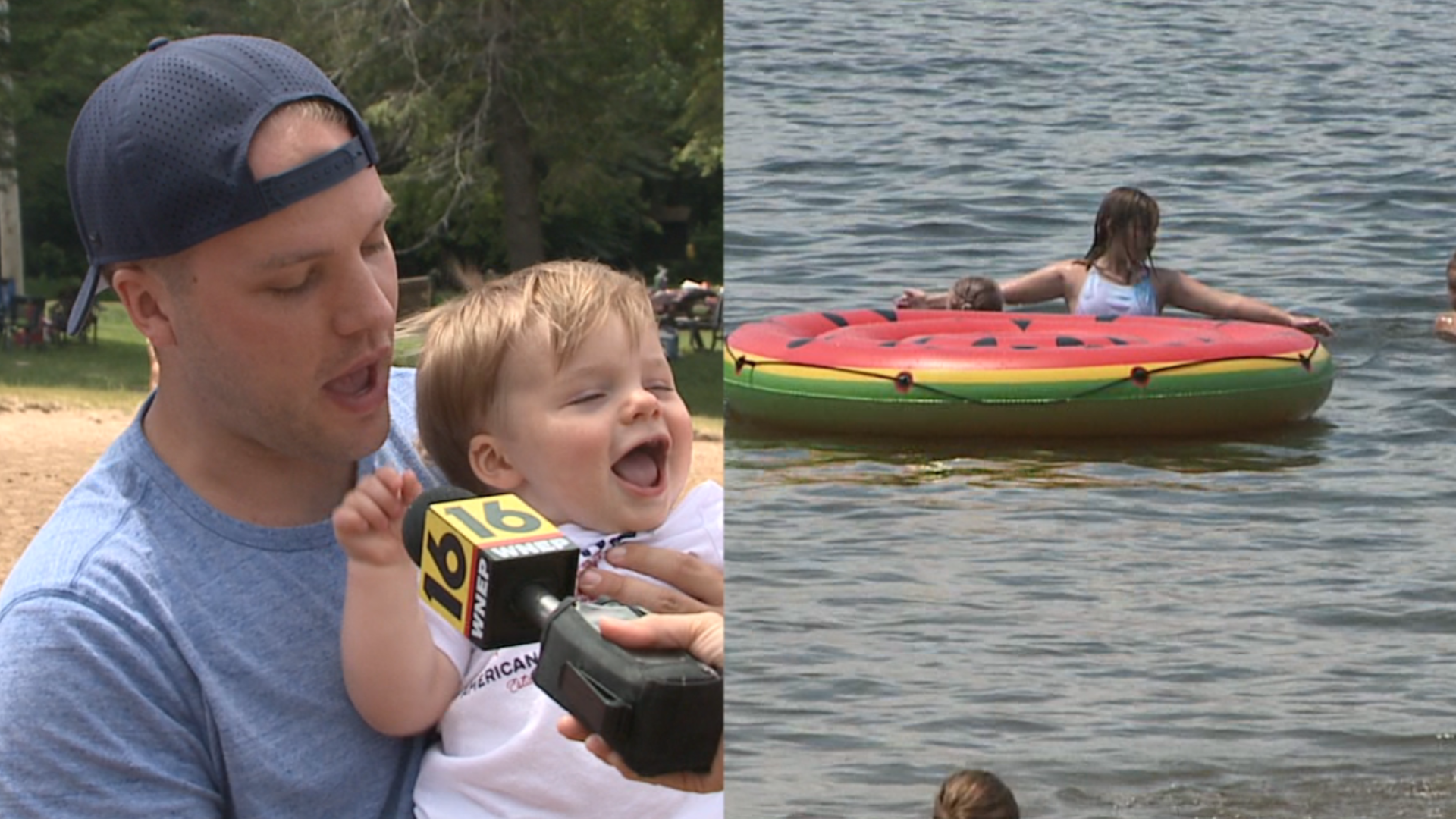 BENTON, Pa. — In Luzerne and Sullivan Counties, dads got a Father's Day gift from state park rangers at Ricketts Glen. The lake opened back up Saturday morning after bacteria levels caused it to close earlier in the week.

RELATED: No swimming at Lake Jean

Ian Butterwick came to Lake Jean from Shavertown to spend his very first Father’s Day playing in the sand and water with his baby, who turns one in July.

“It’s amazing,” he said, about becoming a father.

But Butterwick says he almost canceled his plans with his family – when Lake Jean in Ricketts Glen State Park was briefly closed earlier this week.

Logan Troop, 8, also visited the lake with family and friends for Father’s Day.

"I was really bummed when we got here, and it was closed,” Logan said. “Really annoying. So I kind of just slept and ate most of the time."

"It doesn't have to be much,” Maneval said, “but it was just a little bit over the threshold."

Maneval says as soon as that result came back, they re-tested the lake.

"We right away did another test, and that result came back good,” he said.

Maneval says that as soon as the levels looked better, they opened the lake back up for swimming by Saturday morning.

Officials say it's not uncommon for bacteria levels to fluctuate like this – and while the cause is unknown, it could be due to recent rain.

"Rainfall can be good and bad,” Maneval said.

Meaning the rain can move stagnant water around, stirring things up to show higher bacteria levels – or it could dilute the lake, decreasing the bacteria count. On its Facebook page, the DCNR also says time is a factor in the changing bacteria levels, which is why they regularly test.

But as far as the kids are concerned – they're just happy they can swim again.

A lot of families tell Newswatch 16 they were still planning on staying in the area to be on the water in either a boat or a kayak – but that it's a bonus that now they can also be in the water."

"We would have been here anyway,” Jeff Sluck of Gilberton said, “but with the beach opening back up and the lake, it's just more fun for my niece and nephew to do."

"It's a nice way to all bond as a family,” Craig Troop of Lancaster said, “I think most of the dads I'm with, we all enjoy outdoor activities."

And lake or no lake – the kids wanted to send shout outs to their dads for Father’s Day:

"Thanks for being a great dad,” Logan said.