9-Year-Old Son Testifies in Trial for Mother Accused of Trying to Kill Self, Kids

WILKES-BARRE — The trial for a mother charged with two counts of attempted homicide began on Wednesday in Luzerne County Court. Melissa Scholl is accused ... 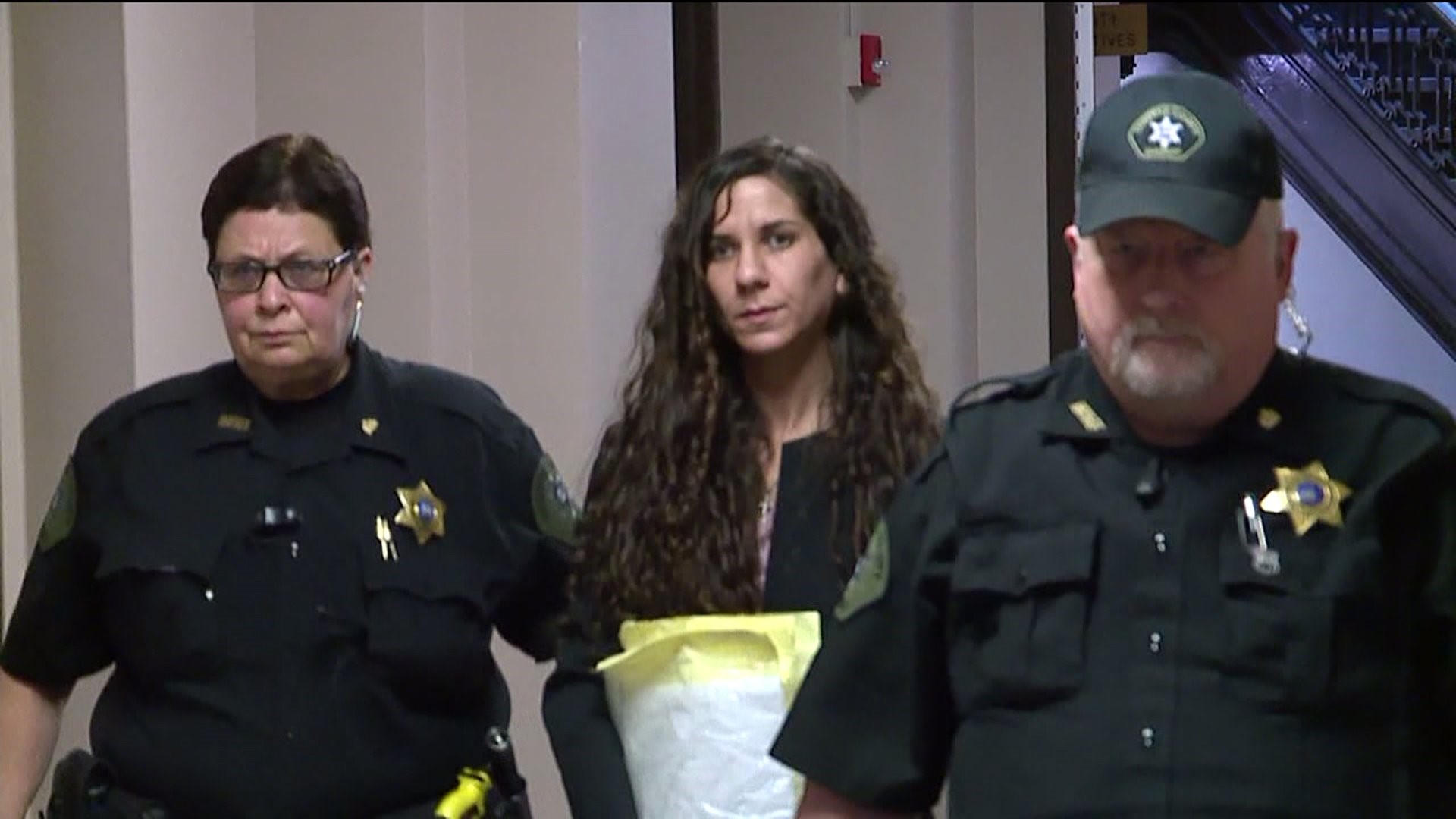 WILKES-BARRE -- The trial for a mother charged with two counts of attempted homicide began on Wednesday in Luzerne County Court.

Melissa Scholl is accused of trying to kill herself and her two children by hooking up a hose to her car's exhaust pipe.

Scholl did not show much emotion in court, even as her 9-year-old son testified that he knew his mom wanted to kill herself.

Prosecutors said Scholl tried to kill her children with carbon monoxide in a school bus parking lot in December of 2015 near Wilkes-Barre.

Her son Julian Scholl, who was 7 at the time of the incident, said in a video interview played in court, "She wanted to kill herself because she didn't want to raise too much kids... so I said, 'Don't kill yourself. You've been protecting me all these years.'"

When asked in court whether Julian thought there was anything that happened that night in 2015 showing his mom wanted to hurt him, he said no.

He testified, "She said she wanted to kill herself, so she called my grandma to pick us up... She didn't want to harm us in any way."

The arresting Wilkes-Barre Township officer also spoke in court. Patrolman Joseph Wozniak said he found a clear jug of wine about 10 to 15 feet from her car under a school bus.

Wozniak said he heard Scholl say she, "couldn't do it anymore... don't want to live."

Bus driver Robert Shinal testified that he pulled the hose out of the car window that night. He said that Scholl did not say she wanted to kill her own kids during the incident, but she did say she, "couldn't do it on her own," meaning raising her kids.

Her son Julian said in court, "She just wants to be free."

Wednesday was the first day of what the judge expects to be a two-day trial.