Jaxson Dempsey of Hazleton is being called a hero after his quick thinking saved the life of his baby sister. 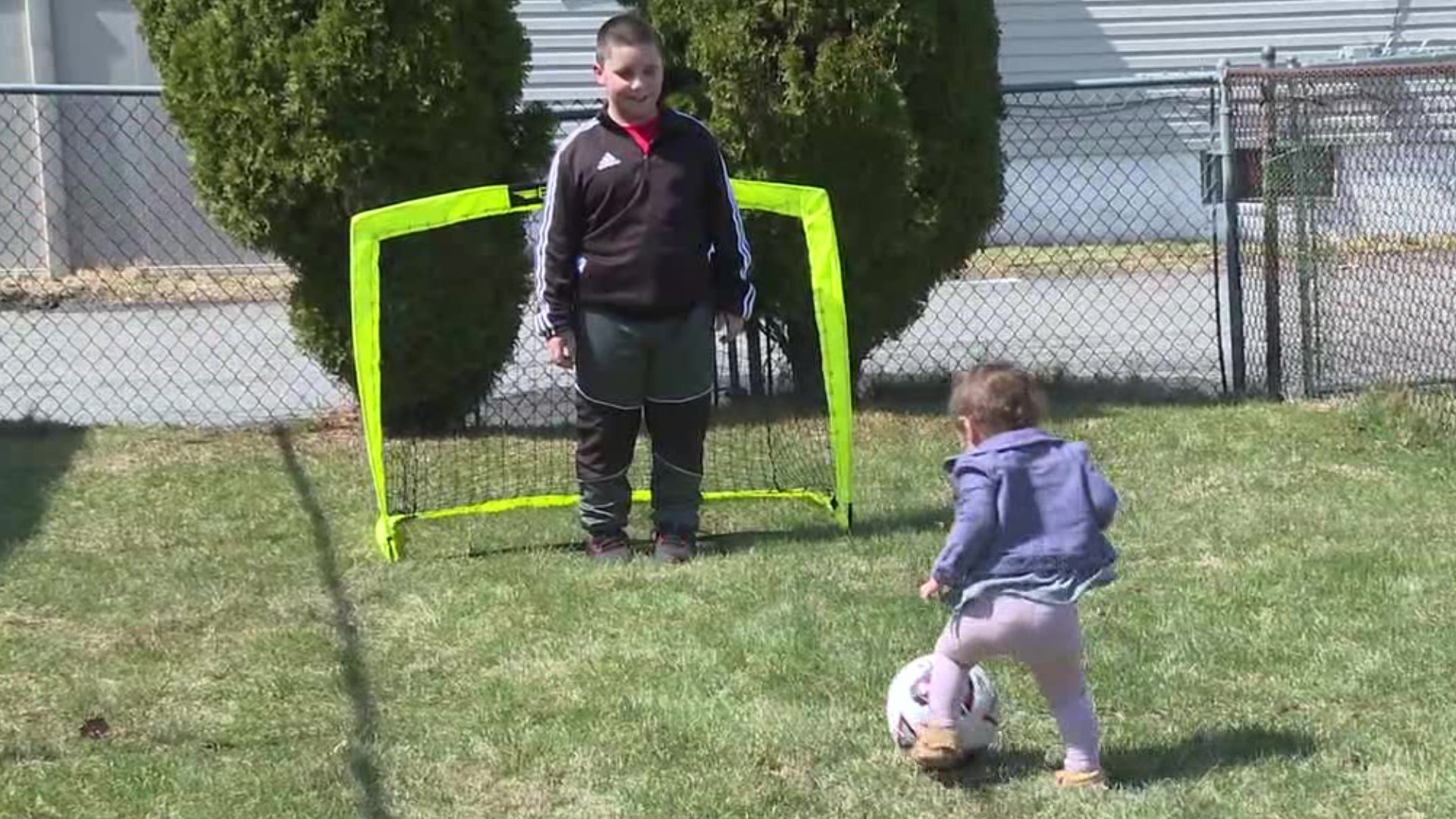 HAZLETON, Pa. — Jaxson Demsey, age 8, of Hazleton, is very protective of his 20-month-old baby sister Lelia. That's why when he noticed she was choking on a chicken nugget last week while his dad was driving, he jumped into action.

"We were driving to my haircut, and I noticed she was starting to choke from a chicken nugget from McDonald's. I told my dad to pull over. Then I was starting to pat on her back, and it got out," said Jaxson.

Jaxson loves his little sister and credits knowing what to do from a TV show.

"It's called The Substitutes on Nickelodeon, and in the very first episode, John Cena was on it, and in the last part, he showed how to save someone when they're choking," said Jaxson.

Jaxson's dad Matt says he's not shocked that his son stepped in and saved his daughter's life.

"He amazes us every day, you know—some of the things he says and does, and his actions. We're simply blessed to have the child that he is, the things that he does for his family, his friends, for his little sister. He's a good big brother," said Matt Dempsey.

Matt says he's thankful for his son's quick thinking because he doesn't know what could have happened.

"If I was by myself and Jaxson wasn't with me, and I stopped and gave her a chicken nugget, I couldn't hear her because she was choking. She wasn't coughing; she wasn't panicking. She just had no air going through; she wasn't breathing," Dempsey said. " Thank God Jaxson was there because, without him, I don't know if Lelia would be here."

The family says this experience has been eye-opening, and every day with both of their children is a blessing.