WEST HAZLETON — There isn’t a problem too big or too small for one firefighter in the Hazleton area. Whether it’s organizing Thanksgiving dinners for peop... 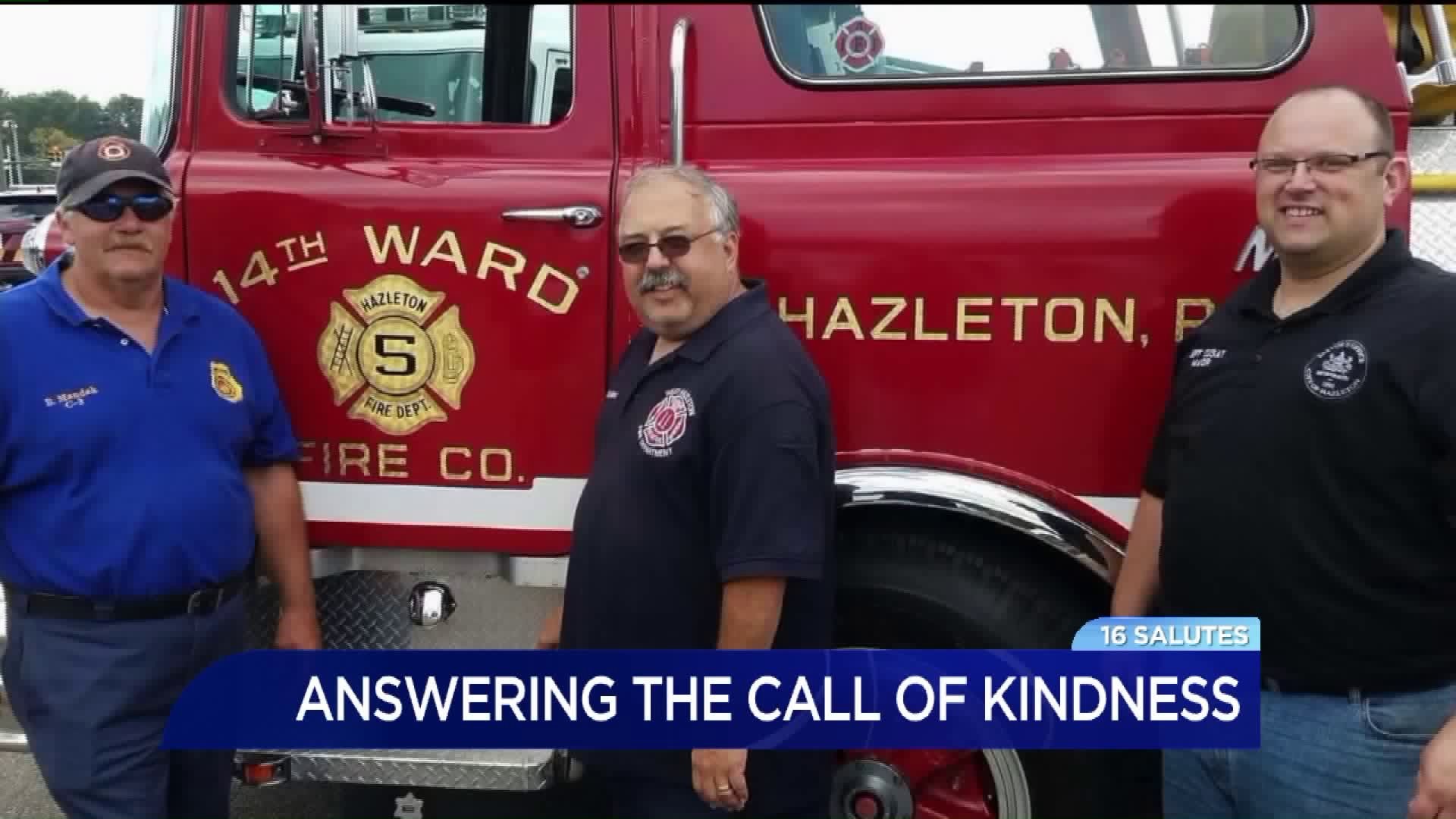 WEST HAZLETON -- There isn’t a problem too big or too small for one firefighter in the Hazleton area.

Whether it’s organizing Thanksgiving dinners for people in need or helping people thousands of miles away who have been hit by natural disasters, Tony Colombo steps up to the plate.

By day, Colombo is a PennDOT foreman. By night, the captain and president of two different fire departments in the Hazleton area is a self-diagnosed “volunteeraholic.”

“It's just the firefighter in me. If someone is in need, I don't turn my back,” Colombo said.

As the captain for the West Hazleton Fire Department and president of the Hazleton Heights Fire Company, Colombo has spent countless hours collecting donations from people in Bloomsburg to Pottsville.

Last year, he sent truckloads of donated items to Louisiana for people still struggling to recover from Hurricane Katrina.

Now, he’s doing the same for victims of the recent hurricanes in Texas and Florida.

“When the first truck got delivered I honestly did not think that we were going to fill it with the amount of supplies,” West Hazleton Firefighter Brandon Cressman said. “But that's Tony, you know, he pulled it off again.”

Some people consider Colombo to be somewhat of a miracle worker.

“A few years ago, we had a young girl that lost her wheelchair ramps. They stole them out of her backyard. The mother calls me that morning about nine, by three that afternoon we had new ramps for her,” Colombo said.

Not only is he a phone call away for people in need in the Hazleton area, but he’s also there for younger firefighters.

“I was kind of shy at first from joining because I didn't know anybody. Once I started coming up here more and starting to get to know them, Tony did become a mentor,” West Hazleton Firefighter Dylon Copes said.

Colombo’s hope is that by mentoring younger firefighters they will be able to fill in his shoes when it's his time to leave.

Colombo said he doesn’t do it for the recognition. He does it because it is the right thing to do.

“Last year when they got to Louisiana, the looks on their faces was like, ‘Northeast Pennsylvania does care and Hazleton area has heart,’” Colombo said.

Firefighters will be able to see those expressions again this week when some of their trucks full of donations head down south.