When they do, restrictions will be in place. 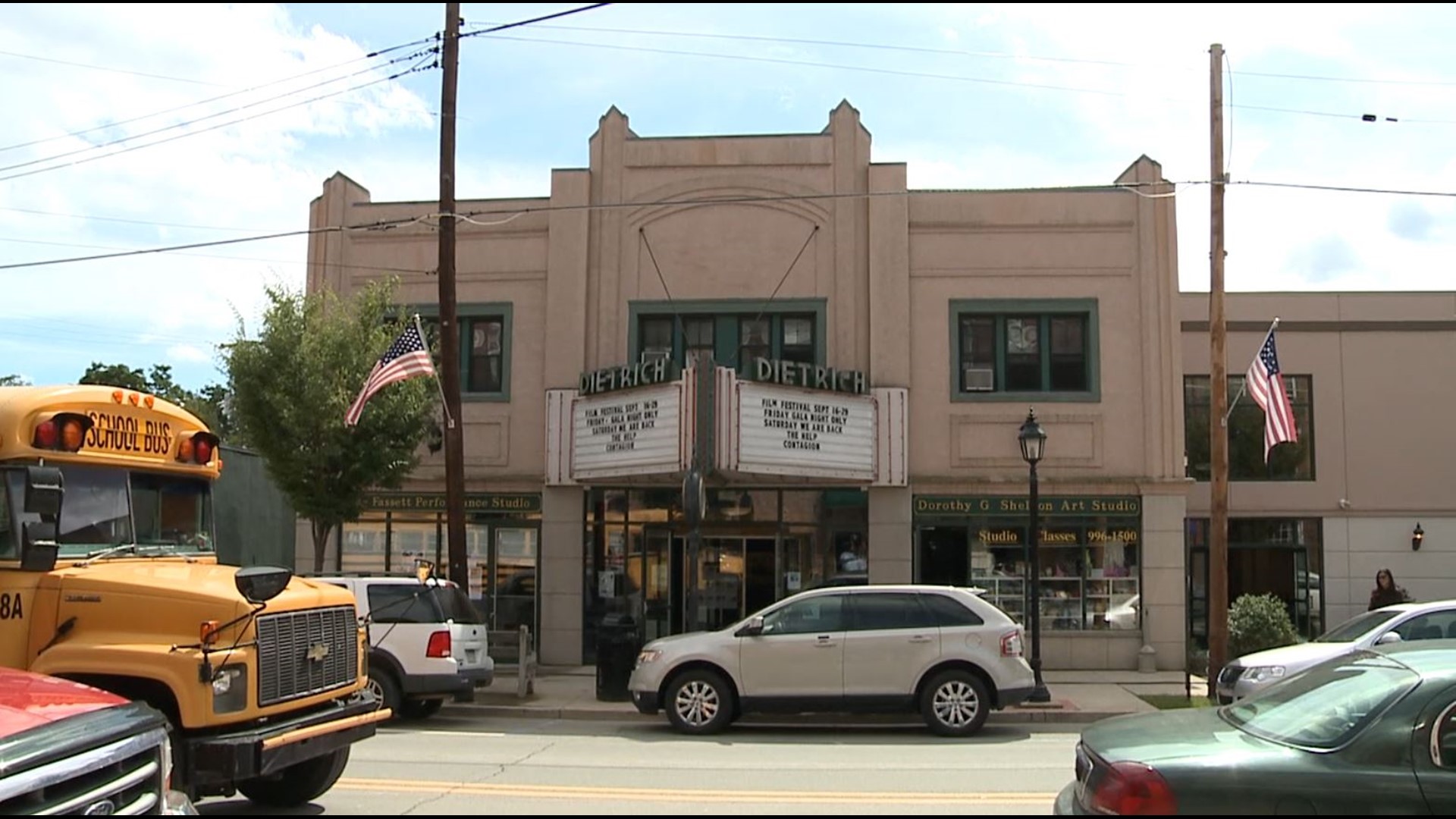 TUNKHANNOCK, Pa. — There is no exact word when you might be able to see a movie inside The Dietrich Theater in Tunkhannock or Montrose Theater in Susquehanna County.

In fact, all indoor movie theaters across the state are closed.

"Everything is just so unclear right now. That's the thing that everybody is so worried about. Cause you're like I just don't know what's going to happen," said April Holgate, who owns Montrose Movie Theater in Susquehanna County.

The smaller theater owners said they are key to the community: offering theater and art classes and camps plus movie screenings.

Officials with the big national theaters: AMC, Regal, and Cinemark said they may reopen sometime this summer, perhaps July, but with social distancing rules, including limiting the number of people allowed in theaters.

It is something they expect to do at local theaters, too.

Some also worry that studios may start to release movies digitally and not at theaters in the future, while others believe movie theaters will always be hot spots.

"I know what's most important is the theatrical movie-going experience, and I think people are most missing that right now, they are missing the community of getting together, eating popcorn seeing friends," said Ronnie Harvey, Dietrich Theater's general manager.

During this pandemic, Montrose Theater and The Dietrich have had some popcorn sales with curbside pickup.

RELATED: Flea market opens despite being in the red

RELATED: Memorial Day weekend has a different feel in parts of the Poconos