BETHLEHEM, Pa. — In the Lehigh Valley, it was a night to honor heroes at the 13th Annual Spirit of Courage Awards Celebration. The ceremony was held at th... 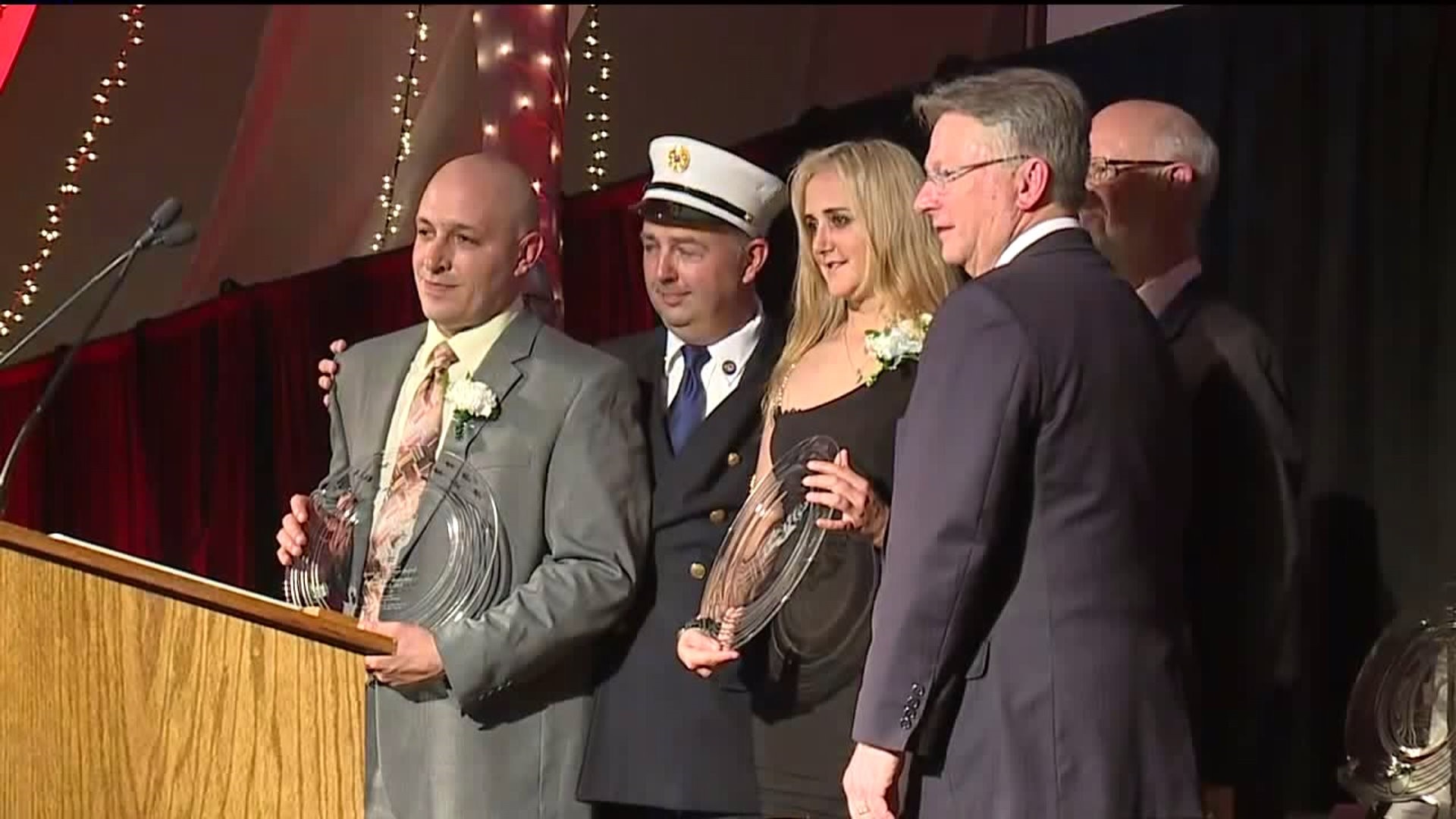 BETHLEHEM, Pa. -- In the Lehigh Valley, it was a night to honor heroes at the 13th Annual Spirit of Courage Awards Celebration.

The ceremony was held at the Lehigh Valley Health Network in Bethlehem and seven first responders from our area were among the award recipients.

Inside the tent on the campus of the Lehigh Valley Health Network in Bethlehem, heroes were being honored.

This was the 13th Annual Spirit of Courage Awards Celebration, which recognizes individuals who risked their lives to save others from a fire.

Seven first responders from our area were among the nine award recipients.

Hazleton Deputy Fire Chief Brian Mandak and Firefighter Josh Walper responded to a home in the city in April and rescued an elderly woman.

“It's nice to get the recognition, but that's not why we do it,” said Mandak. “I was actually not even working that day. I just happened to be in the neighborhood.”

“They're just the type of situations we train for,” said Walper. “Yeah, they don't happen every day, but when they do happen, we're ready for them.”

In January, Lehighton Fire Lieutenant Scott Smith and his partner pulled two people from a burning apartment house in Franklin Township. It wasn't until the two were inside that they discovered several motorcycles and gasoline tanks in the basement where the fire was.

“Huh, well it changes the situation a little bit,” said Smith. “It goes from a regular fire to a hydrocarbon fire, so it's a lot harder to put out with water.”

Mahanoy City Police Officer TJ Rentschler saved a man and his infant son from a rowhome fire last October. The pair had been trapped on the second floor.

“People seeing us as police officers, we're also out to help people,” said Rentschler. “Right away they fear the police and they think we're out to arrest everybody. Our ultimate goal is to help people.”

This awards ceremony was started by the Lehigh Valley Health Network and the Burn Prevention Network, an area nonprofit. This event also serves as a fundraiser for both organizations.