SCRANTON — A homeless shelter just getting off the ground in Scranton received some help from high school students. That shelter is aiming to help high sc... 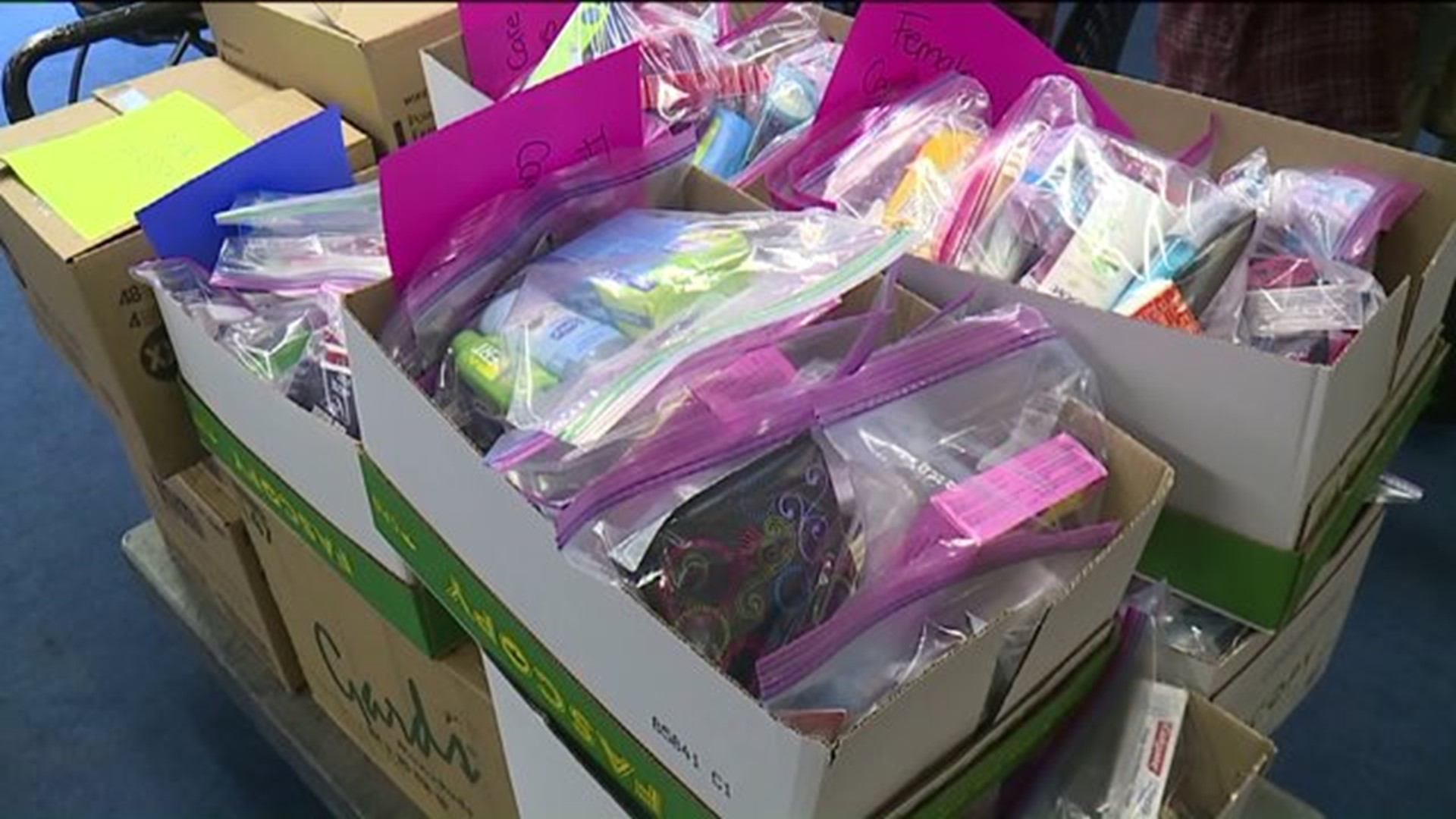 SCRANTON -- A homeless shelter just getting off the ground in Scranton received some help from high school students. That shelter is aiming to help high school-age kids who don't have anywhere else to go.

An effort that involved almost every student at West Scranton High School resulted in a pile of boxes. In them, were more than 100 care packages for homeless young people.

"They were very successful," said teacher Emily Lutz. "We got lots of generous donations, and then part two of that was to make it a transitional activity for the students in life skills and autistic support. So they practiced sorting the materials and then working in an assembly line to make the care packages."

Those students stood proudly with the personal care items they put together.

They carried all those boxes to a car Maureen Maher-Gray's car.  They'll soon fill a need that no one exactly knows the size of the donations are headed to the newly formed NEPA Youth Shelter.

The NEPA Youth Shelter is welcoming those youth who fit the criteria to come to United Neighborhood Centers' facility on Cedar Avenue in Scranton. They'll receive one of those care packages, a bagged lunch, and they'll be counted.

"We believe these are kids who have circumvented the system as much as possible," said Maher-Gray.

After the census of homeless youth is done, Maher-Gray says the NEPA Youth Shelter will be able to apply for grants and grow to fit their need.

This, she says, is a good start.

"I cried, I'm going to cry now thinking about it," said Maher-Gray. "The generosity of these students is overwhelming, and the fact that they care so much about their friends and peers, kids they don't even know, that really touches me."