SCRANTON, Pa. —  The smiles the McDonnell family wears are pretty indicative of how they carry themselves but if you peel back the layers of their family ... 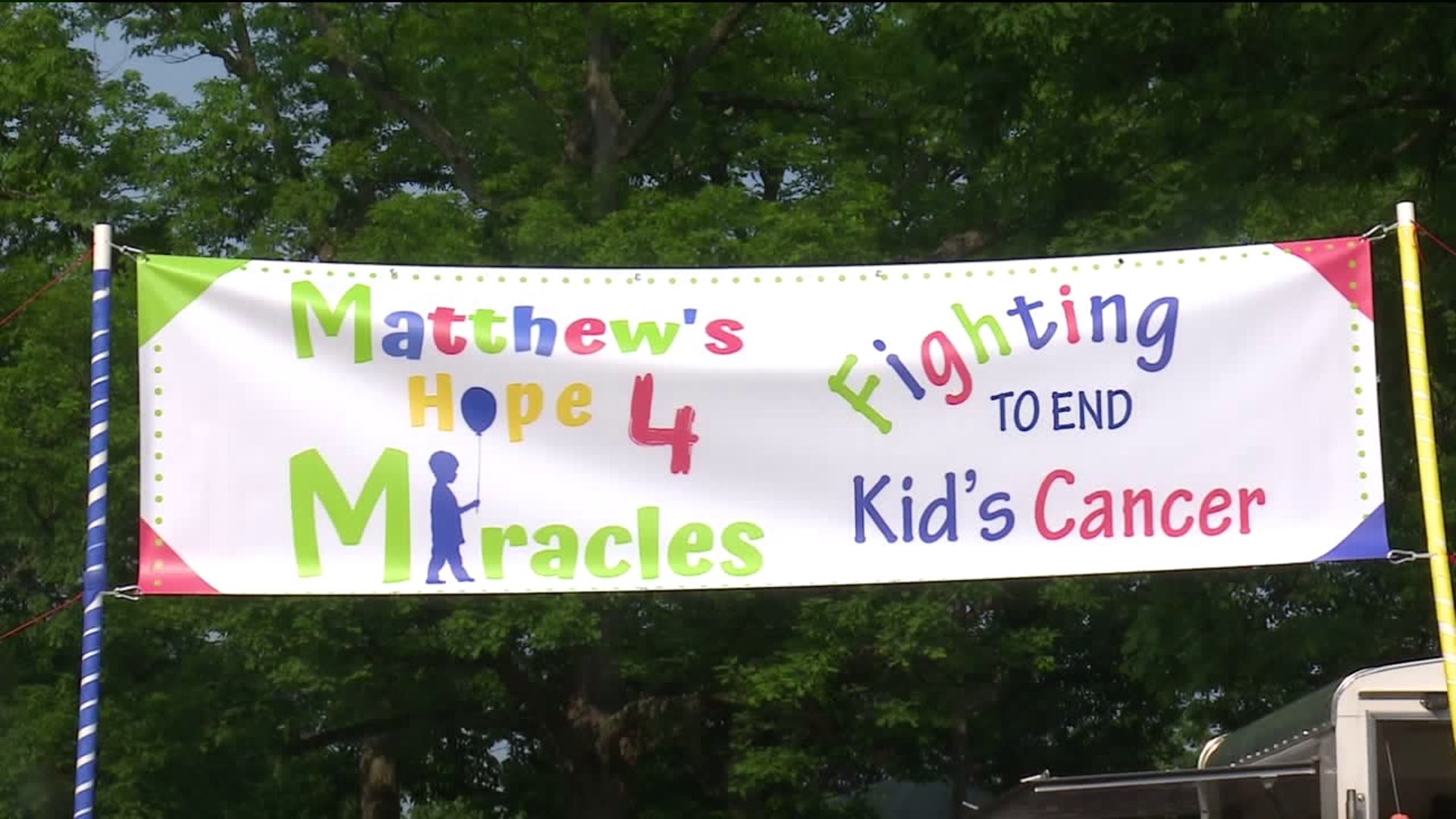 SCRANTON, Pa. --  The smiles the McDonnell family wears are pretty indicative of how they carry themselves but if you peel back the layers of their family history, you'll see that this family has been through a lot.

"When you have been through such a horrific, long journey, you know that every breath really does matter and every breath is a gift," said Linda McDonnell, Matthew's mom.

Matthew McDonnell is 9 years old and he has quite the story, having already beaten pediatric cancer four times. Now, cancer free, Matthew started his own charity to raise awareness and money in the fight against the brutal disease.

"I wanted to start it because I wanted kids to be healed and feel better and not be sick in the hospital like me," said Matthew.

At Nay Aug Park in Scranton, the first major event for Matthew's foundation and the start of what the family hopes is an impactful era, an annual 5k race, spearheaded by this tough, lively cancer survivor.

"It's just so heartwarming to see him running around, playing with his friends, basically acting like a normal little boy, which he hasn't had much of a chance to do that his entire life," said Patrick McDonnell, Matthew's dad.

For the McDonnell family, the first 5k did not disappoint. More than 100 people came out for the inaugural event.

All of the proceeds will go back to pediatric cancer research and to local families also battling cancer.

"He's here because of a miraculous surgery and a miraculous experimental trial, so that's what we want to spread awareness of," said Linda.

Matthew adds he wants this 5k to go on as long as he lives to help others and combat cancer.