Jacob Lipinski, 5, and his grandparents were involved in a crash in early June on Route 307 near Clarks Summit. His grandparents spoke to his young composure. 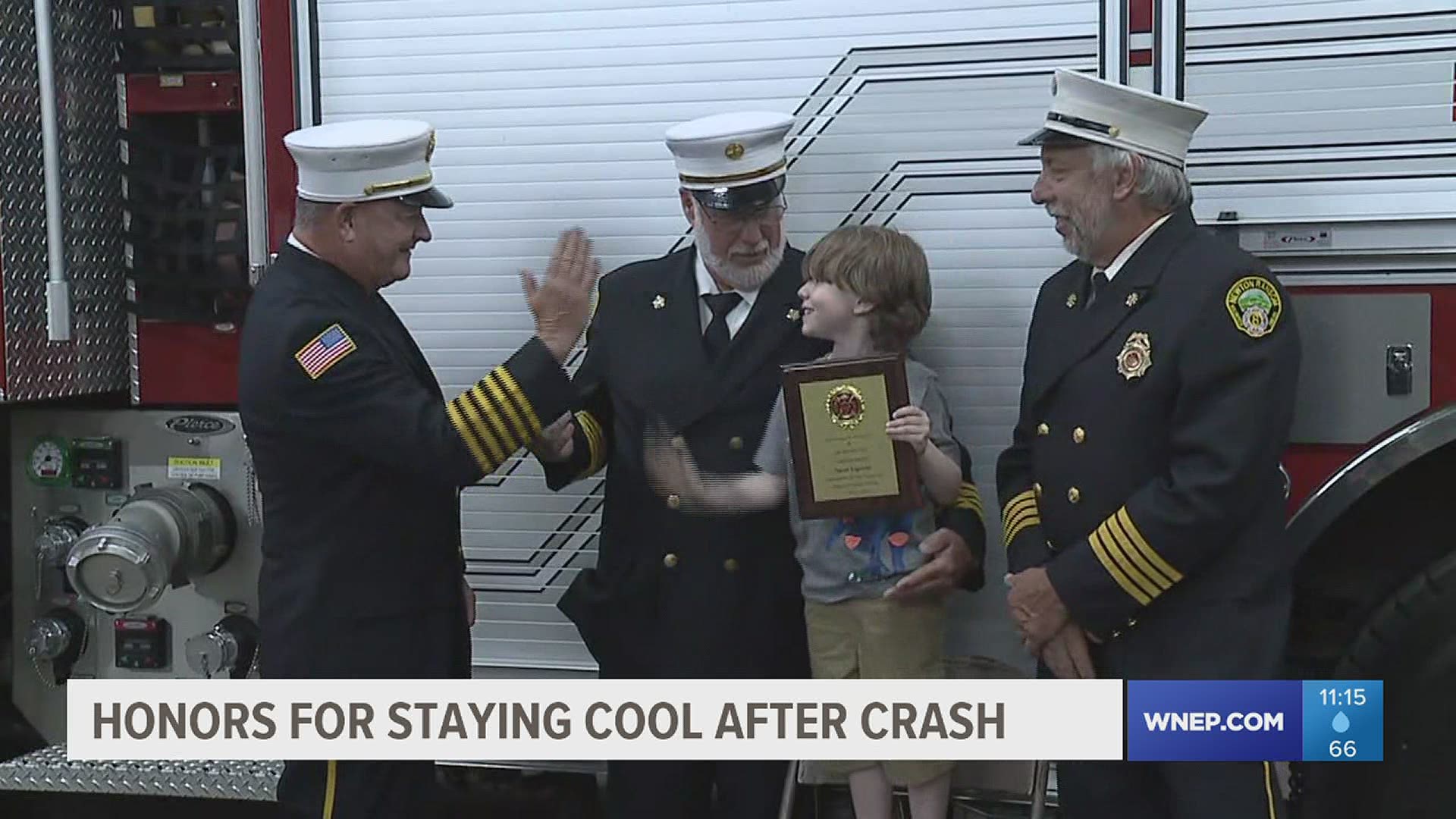 LACKAWANNA COUNTY, Pa. — A special honor Tuesday for a young boy who was cool under pressure.

He and his grandparents were involved in a crash in early June on Route 307 near Clarks Summit.

Young Jacob kept cool after the crash and impressed the first responders.

"For a five-year-old to sit there and never once cried. You take my grandpa out first. He's hurt the worst. Take my nanny out next. He left an impression on these volunteers here," said Joseph Lipinski, grandparent.

Besides his honors, Jacob got a close look at all the firetrucks in that part of Lackawanna County.