‘Yoga on the Roof’ a Celebration of Freedom

SCRANTON, Pa. — Before the fireworks and the frenzy of the Fourth of July, some people take part in a relaxing Independence Day tradition in downtown Scra... 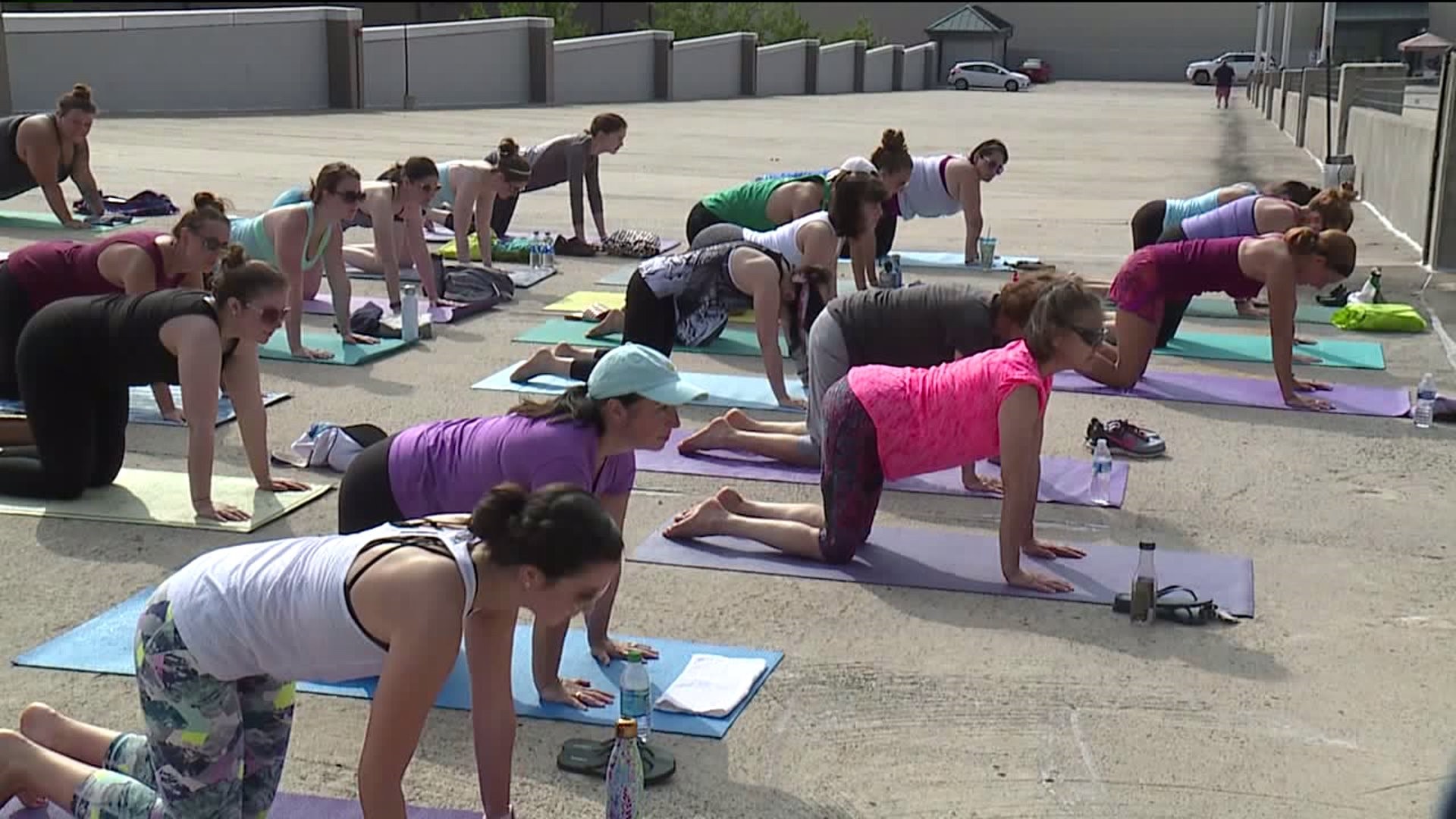 SCRANTON, Pa. -- Before the fireworks and the frenzy of the Fourth of July, some people take part in a relaxing Independence Day tradition in downtown Scranton called Yoga on the Roof.

The elevation provided a much-needed breeze five stories above Lackawanna Avenue in Scranton.

"Today, we're going to sweat quite a bit. It's a little warm so I know that deterred a few people, but there's about 100 people here right now, and they're still coming in, so that's huge," said Hillary Steinberg, Jaya Yoga.

The dozens of yogis used the top of the Marketplace at Steamtown's parking garage for their practice.

The event is put on each year by Jaya Yoga in Clarks Summit.

With live music to go along with the class, organizers say it's the perfect way to start the holiday on a relaxing note.

"This is wonderful. It gives people a chance to just slow down and enjoy a meditative experience before all the fun begins and all the firecrackers explode," said organizer Carol Dembert.

Yoga on the Roof has been a Fourth of July tradition for five years now. Yogis say this in itself is a celebration of freedom.

Participants say there's something serene about taking in views of the city, even in this year's stifling heat.

"I loved it. It's a little warm, a little sweaty, but that's OK. It's like hot yoga for free," said Mary Kay Kuzma of Clarks Summit.

The yogis make a donation to participate. That goes to the Northeastern Pennsylvania Philharmonic.