SCRANTON, Pa. — A team of radiologists from Geisinger was handed quite a challenge — do an X-ray on a patient who is likely more than 2,000 years ol... 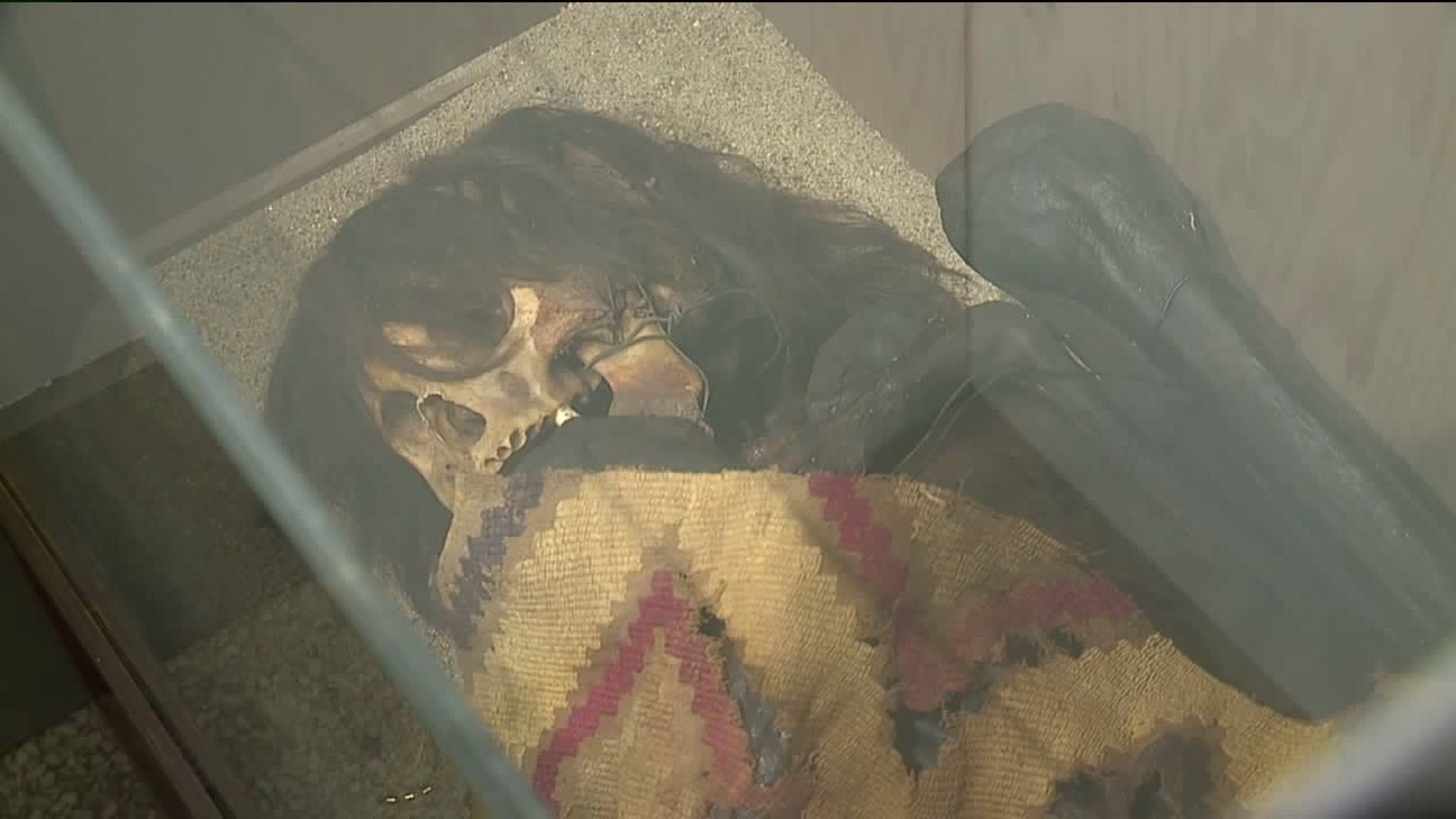 SCRANTON, Pa. -- A team of radiologists from Geisinger was handed quite a challenge -- do an X-ray on a patient who is likely more than 2,000 years old.

It was all to uncover information about the mummy that's been in storage in Scranton for decades.

That mummy was brought from Peru to the U.S. in the 1800s and donated to the Everhart Museum in Scranton in 1923.

Now, thanks to doctors and radiology techs from Geisinger, the museum knows more about the mummy than ever before.

You can find a lot of fascinating things at the Everhart Museum in Scranton, but one of the most asked-about items, a South American mummy donated in the 1920s, has spent most of its time in storage.

Before museum curator Francesca Saldan brought the mummy out again, she wanted to learn more about the person from Peru who wound up in Scranton.

"The mummy that is here at the Everhart is always asked about by people. It was on display a while ago, and so I think a lot of people would really like to see something that they've seen in the past, so that's what got us looking into the records that we have, and we don't really have too much information," Saldan said.

The Everhart Museum didn't have to go far to find out information about the mummy. They took it right across the street to Geisinger Community Medical Center.

The Everhart called on the Geisinger radiology department who welcomed the unusual patient. The mummy is enclosed in a glass case that museum staff built in the 1950s.

"For us in radiology, we see X-rays every day, but not of a 2,000-year-old individual. so, that was a fascinating thing, and the technologists were really excited to do this," said Dr. Scott Sauerwine.

Dr. Sauerwine and his team confirmed some theories and debunked others. The X-ray images make doctors believe the mummy is male and in his late teens. He may have had a calcium deficiency and was missing all of his toes.

Every little bit of information helps tell his story.

"Just finding out these small details really puts an identity to this person who is in our care," Saldan said.

"It feels like I'm uncovering something from the past, you know? We're able to put a little bit of a different spin on it for the museum, so I hope that's of interest to the folks that go to visit the museum to see it," Dr. Sauerwine added.

There's still time to come to the Everhart to check out the mummy. It's part of a larger exhibit about the Andes Mountains and it will be on display until April 7.