JEFFERSON TOWNSHIP — 75 years after he was killed in World War II, a Marine from Lackawanna County is finally coming home to be laid to rest. The remains ... 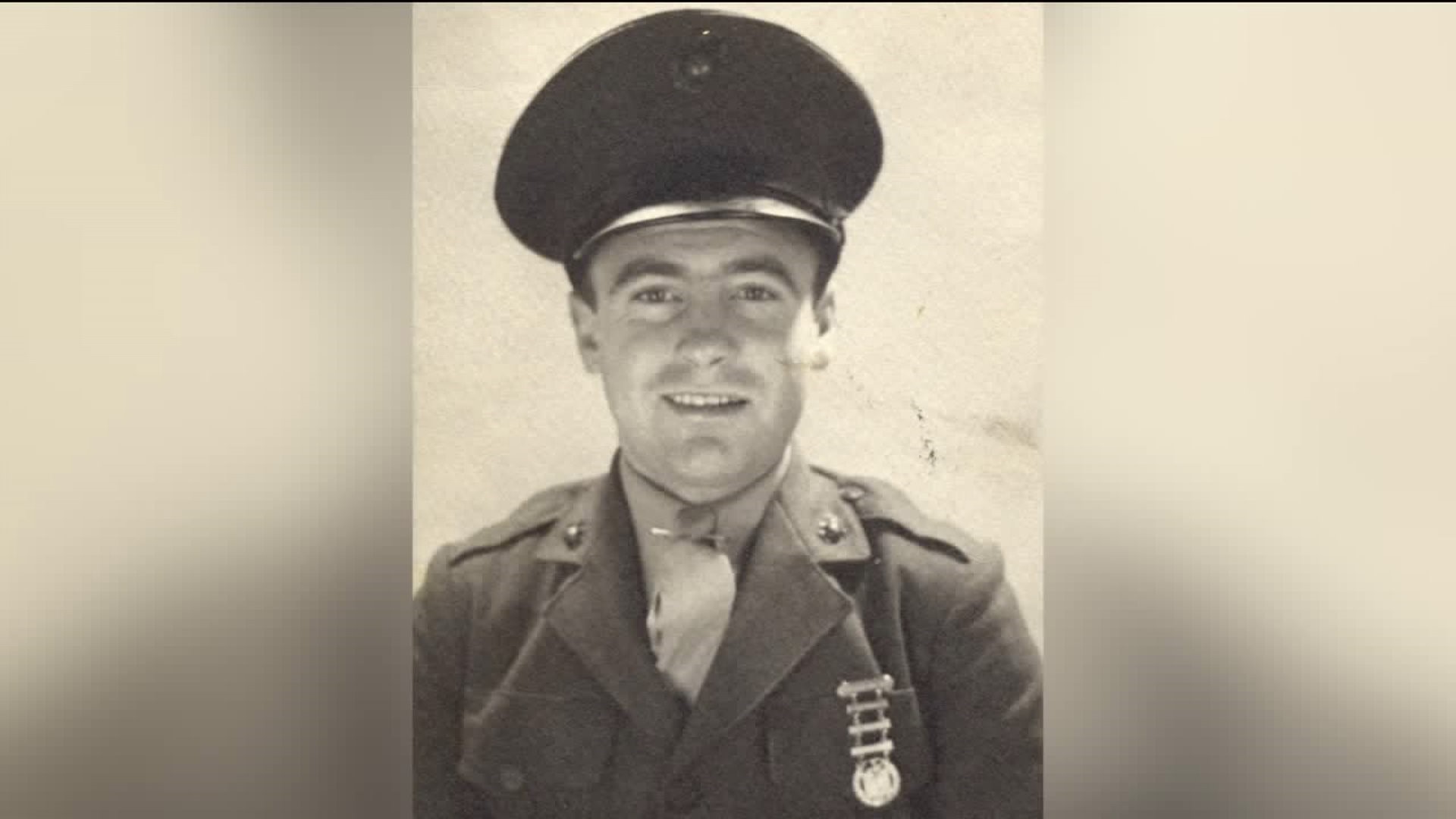 JEFFERSON TOWNSHIP -- 75 years after he was killed in World War II, a Marine from Lackawanna County is finally coming home to be laid to rest.

The remains of Harold Hannon were identified by the Department of Defense and are now being returned to his family in the Moscow area.

“For the longest time, it was a mystery. And rumor had it that he may have never made it off the landing craft.”

Bill Hannon talks about the decades that went by with his family never knowing what happened to his uncle.

Harold Hannon was 28 years old when he went to fight as a Marine in the South Pacific in November 1943. That's when the family lost contact.

Now, after 75 years, his family knows why.

Hannon's remains were found by the Department of Defense.

The family now knows that Hannon was killed on November 20, 1943 during the first day of combat on an island in the South Pacific.

“Fortunately, there was a Marine companion of his that was with him that was a witness to his loss at the time,” said Bill. “And he came forward and said, 'Yeah, this is what happened.'”

Now Hannon's remains are being sent back to his family in Lackawanna County. The family is planning a funeral and burial service for him.

“I feel really great about closure, you know? He's been given the honor that's due,” said Bill.

Bill's granddaughter, Erica Hannon, is 29 years old, one year older than her great uncle was at the time his death.

“It does, it does,” she said when asked if that touched her deeply. “I'm very into history and when we found this stuff out, it was very shocking and very, happy moment for myself, you know.”

The Department of Defense also provided the family with records of how it identified Hannon's remains.

And a set of medals Hannon earned for his service.

“I didn't know they went to this extreme and bring them along and present them, kind of amazed me,” said Bill.

The Hannon family is planning to have a viewing service Friday evening, followed by a funeral the next day.

Plans are to bury Harold Hannon near his mother in a cemetery in West Scranton.