SOUTH ABINGTON TOWNSHIP — Four people who were killed in a crash over the weekend died from injuries as a result of a high-speed, head-on collision, accor... 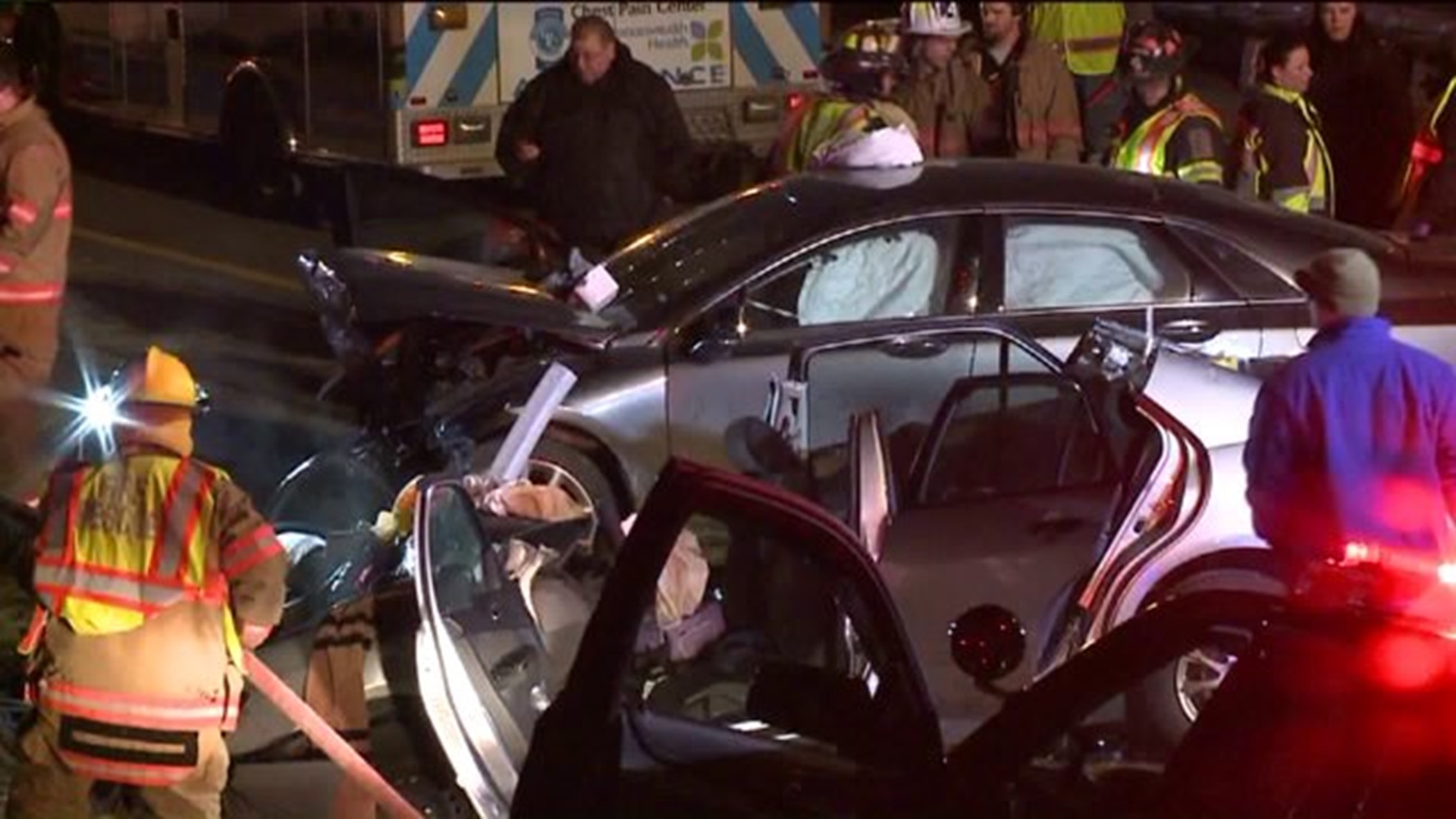 SOUTH ABINGTON TOWNSHIP -- Four people who were killed in a crash over the weekend died from injuries as a result of a high-speed, head-on collision, according to the coroner.

The suspected wrong-way driver was arraigned in his hospital bed Monday afternoon.

State police accuse him of causing the weekend crash that killed four people on Interstate 81 near Clarks Summit.

State police report Manannikov's Lincoln MKZ was heading north in the southbound lanes on Interstate 81 near Clarks Summit when it crashed into a Honda Accord around 1 a.m. Saturday.

Four people from Scranton were killed.

"The fact that the evidence available to us that we had in our possession, the fact that four of our citizens were killed, our office and the state police didn't think this was something that should wait," said Lackawanna County District Attorney Shane Scanlon.

That evidence is a video taken by a witness.

The D.A .tells us you can see Manannikov driving in the wrong lane for miles and a number of cars beeping and flashing lights at his vehicle.

Manannikov was charged with three counts of homicide by vehicle at Geisinger Community Medical Center where he is currently being treated for injuries.

A charge for the fourth victim is expected after an autopsy.

According to criminal reports, Manannikov told police he was he was coming from JCPenney in Dickson City.

The impact killed three of five family members who were traveling in the Honda Accord and the passenger inside the Lincoln.

Although there are no drug or alcohol-related charges listed, the criminal reports indicate police believe Manannikov may have been impaired.

The D.A. tells us he anticipates more charges to come out of this investigation.

Bail was set at $500,000 and Manannikov remains in the custody of state police at the hospital. He is listed in fair condition.

Investigators are still trying to figure out where Manannikov got on the interstate the wrong way and exactly how far he went before the crash.

This is the third wrong way crash on I-81 in Lackawanna County in just the past few months.

Even before this latest fatality, PennDOT officials had already implemented a wrong-way crash initiative review across the district. Sign teams went out to review the signs and the ramps.