A wreath was presented at the memorials for two area Civil War veterans for their heroic actions. 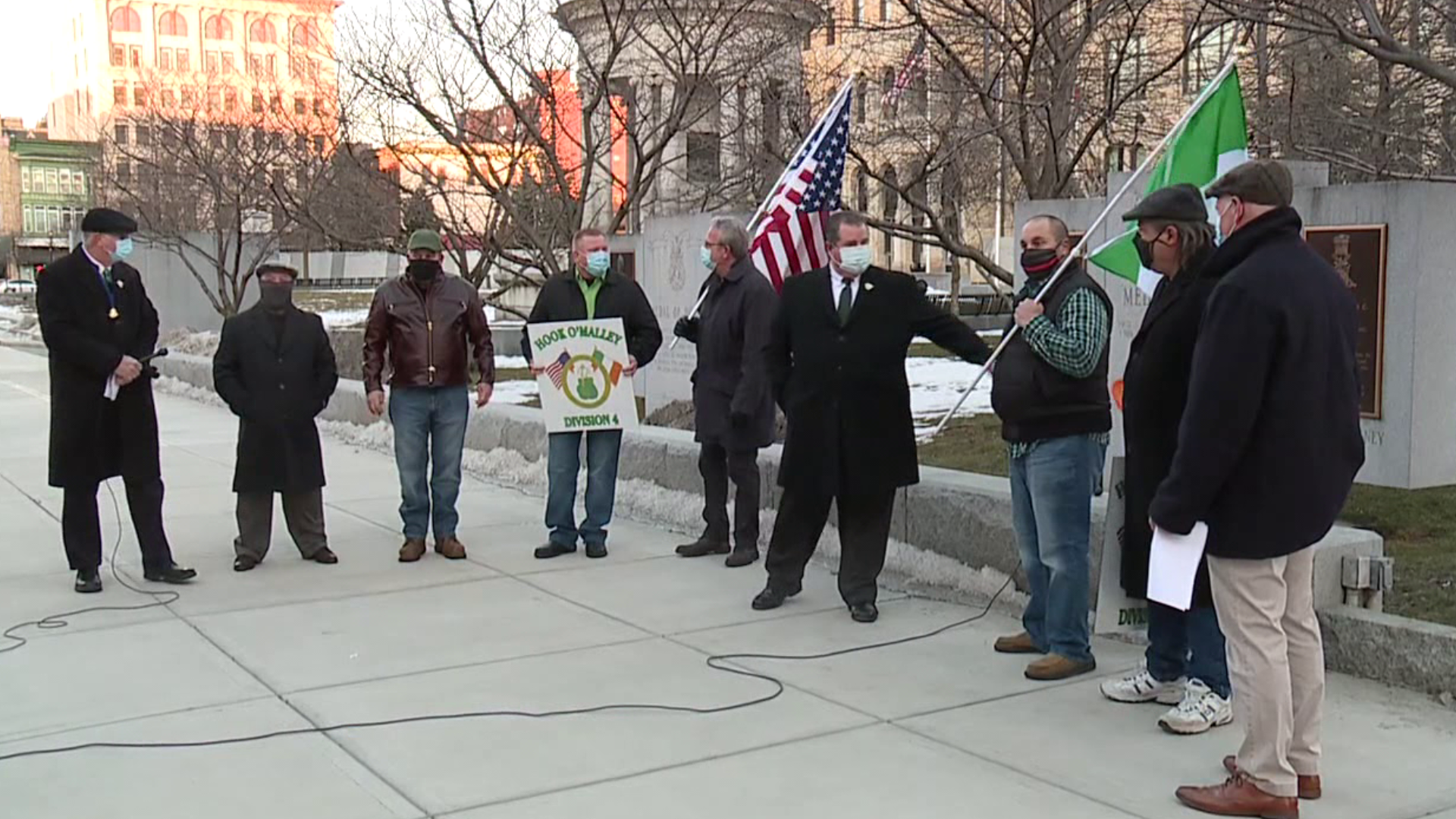 SCRANTON, Pa. — A wreath-laying ceremony was held on Friday afternoon to honor the heroism of two area Civil War veterans.

A memorial for the men is set up at Courthouse Square in downtown Scranton.

"It's great that everyone still comes out and recognizes these statues. We hope they never ever start taking these down or anything like that for these great war heroes," said Robert McAndrew.

This ceremony is usually held every year right before the Scranton St. Patrick's Parade, but the parade has been postponed until September.