GLENBURN TOWNSHIP, Pa. — Hank Cordy of Pittston has seen a lot in his 100 years but it’s only in the eight years, since his wife passed away, that H... 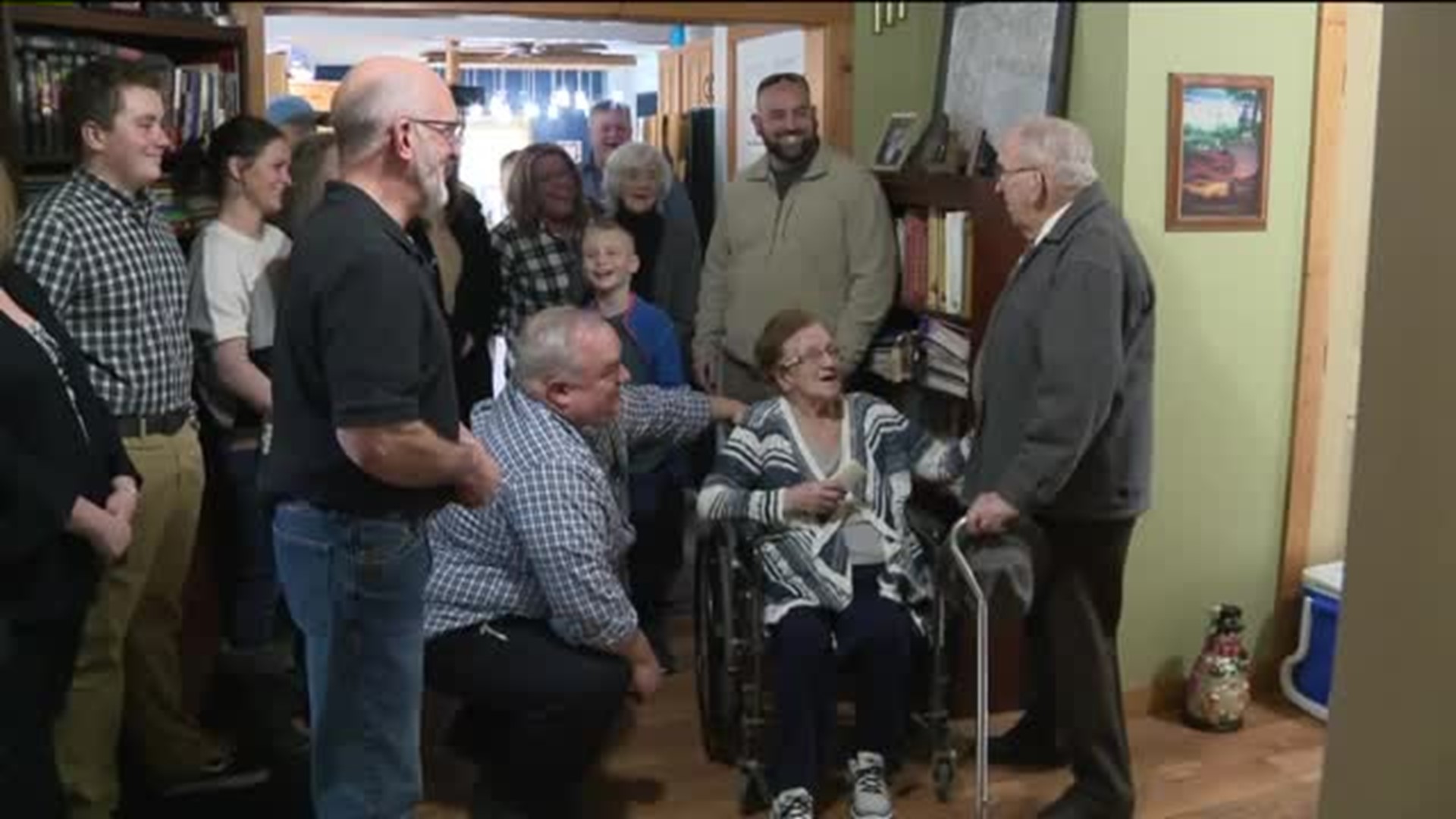 GLENBURN TOWNSHIP, Pa. -- Hank Cordy of Pittston has seen a lot in his 100 years but it's only in the eight years, since his wife passed away, that Hank opened up about his service in World War II.

"I'll never forget, the first battle we were in North Africa, I stood alongside Teddy Roosevelt's Jeep and talked to Teddy," Cordy said. "General Roosevelt, greatest soldier I ever met."

After serving alongside President Roosevelt's son, Hank went on to France; he was one of the first soldiers to set foot on Normandy Beach on D-Day.

In the 75 years since he's become a fixture of his large family spread out across the state.

"He's going to be 100 and he still drives and, just a humble man," said Cordy's nephew Jerry Phillips. "He really is. Just a humble guy, great stories."

Everyone made sure to get together at Phillips' house.

"We told him, why don't you come up? We'll have a little birthday party for you," Phillips said. "He has no idea that there's going to be 40 people here."

Surprisingly a 100-year-old may not sound like the best idea but they know, Cordy can handle anything.

"Oh, I couldn't get over this, I never thought that this would ever happen," the WW II vet said. "I seen them cars out there I couldn't believe. But I didn't think there was that many people in here!"

This party was all about the family he cherishes.

"I worked hard all my life, put up with a little bit of everything, went through the entire war, and I never thought I'd ever have this," he said.

Cordy's family is just as grateful for him.

"To honor a man like this and what he's been through in his life and what he's done for us, just so so important, it really is," Phillips said.