SCRANTON, Pa. — Employees at a plant in Scranton noticed a large supply of propane tanks slowly disappearing. Then, they caught the thief in the act. Work... 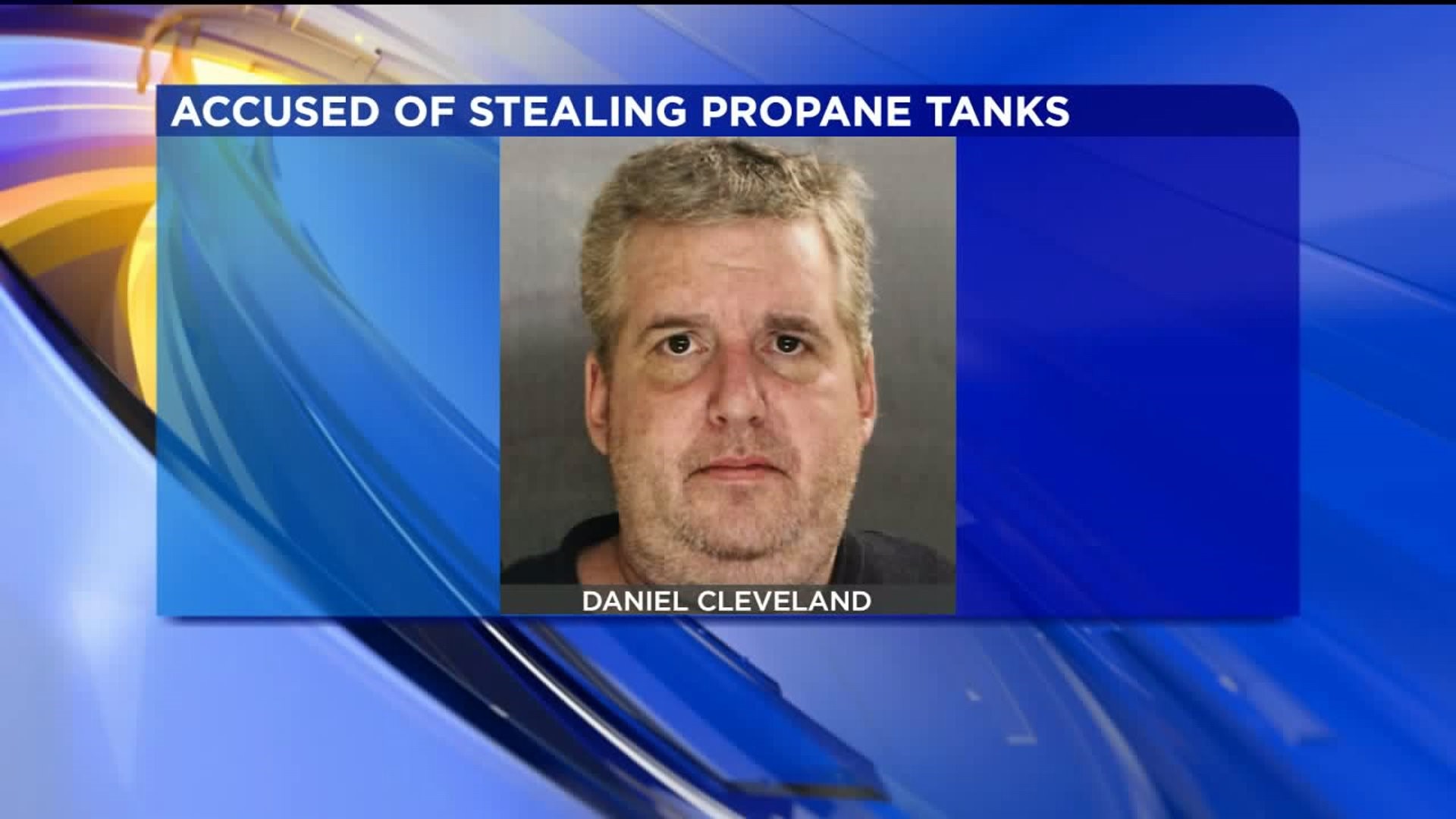 SCRANTON, Pa. -- Employees at a plant in Scranton noticed a large supply of propane tanks slowly disappearing. Then, they caught the thief in the act.

Workers at Azek Building Products on North Keyser Avenue caught the suspected propane thief in the act earlier this week, but theft is only one of a long list of charges he would face by day's end.

Employees noticed as many as 20 propane tanks mysteriously disappeared early this week, but on Wednesday, when they saw a brown car drive out of their lot on North Keyser Avenue with two tanks in the backseat, they followed.

The employees called police as they followed the suspected propane thief to the Keyser Oak shopping plaza. When officers approached the car, the suspected thief sped off.

His name is Daniel Cleveland and he's now been charged with theft and several other charges for what happened after the Azek employees spotted him on their property.

When police tracked him down just off Oak Street, they smelled alcohol on his breath. A breathalyzer showed Cleveland's blood alcohol content was four times the legal limit. He also had a suspended license and incorrect license plates on his car, along with two propane tanks in his back seat.

What police don't know is what he intended to do with the propane tanks, possibly close to 20 of them.

Cleveland is locked up, unable to post bail. He's due back in court next week.