The march in Scranton was just one of many across the country. 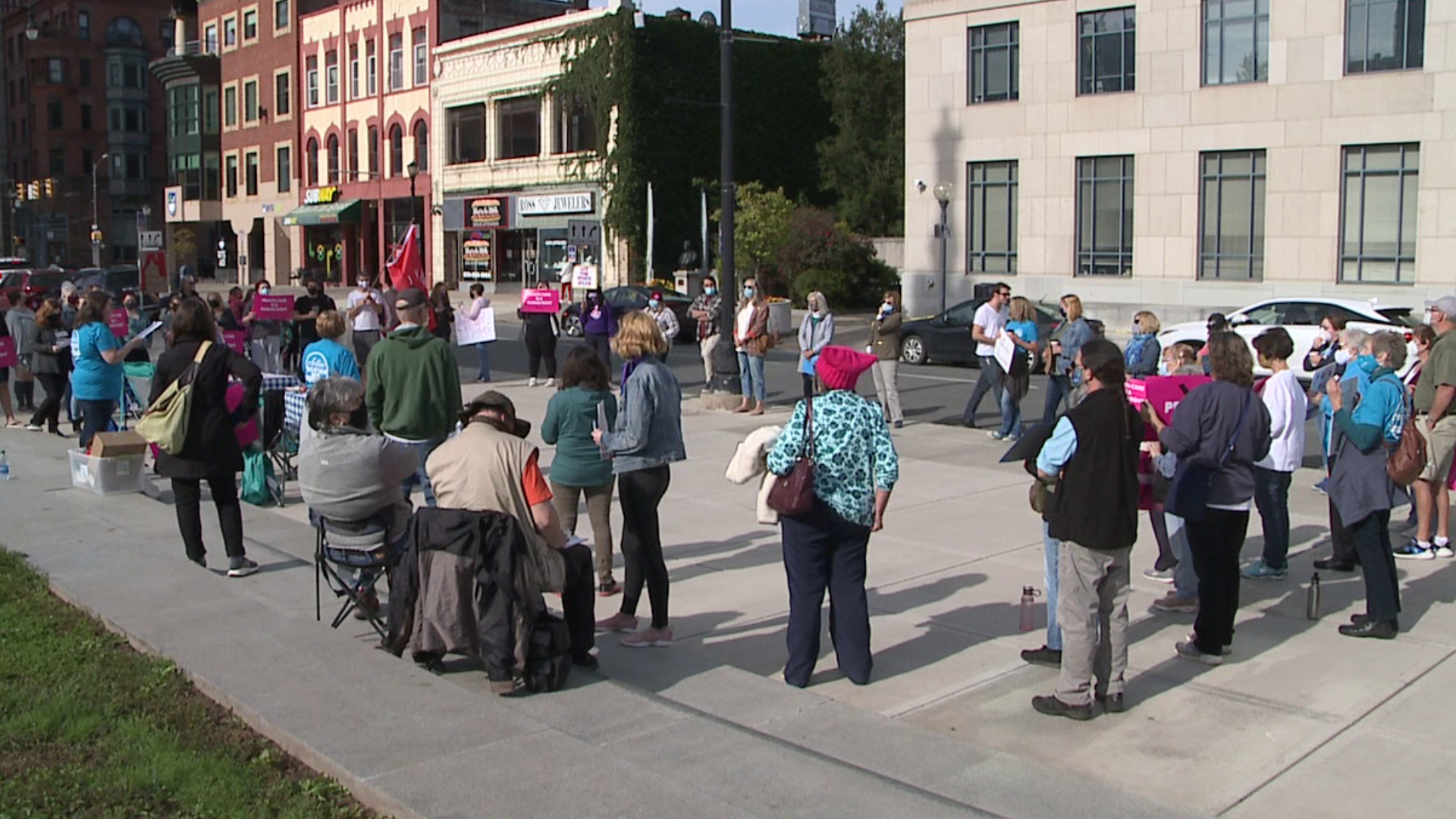 SCRANTON, Pa. — Dozens of women, and men, gathered on Courthouse Square in Scranton to make their voices heard.

This was just one of more than 650 marches held across the country this weekend, as the National Women's March Rally for Abortion Justice takes place in Washington D.C.

"I'm too old, it doesn't affect me personally, but if I was a 20 or 30-year-old and something really bad happens to you, you should have a choice," said Anne Aston of Shavertown.

Attendees at the march tell us they're here to defend Roe v. Wade.

Anne Aston remembers the landmark Supreme Court decision - she had her last child in 1971.

"I was young. I never faced that, you know, but god forbid one of my children or now my grandchildren, I mean it should be their choice," said Aston.

Jeremy Rich of Scranton has a daughter - he feels strongly about women having a right to choose.

"I have no business telling a woman if she should have a child or not. It's just such an obvious thing. It's almost depressing that people like us have to be out here to say it, but it has to be done," said Rich.

"There should be no lawmaker or congressperson whose saying what a woman should choose with her body or whatever she does with her body," said Alicia Duque with Action Together NEPA.

Organizers also collected donations of feminine products and diapers for those in need at the march.