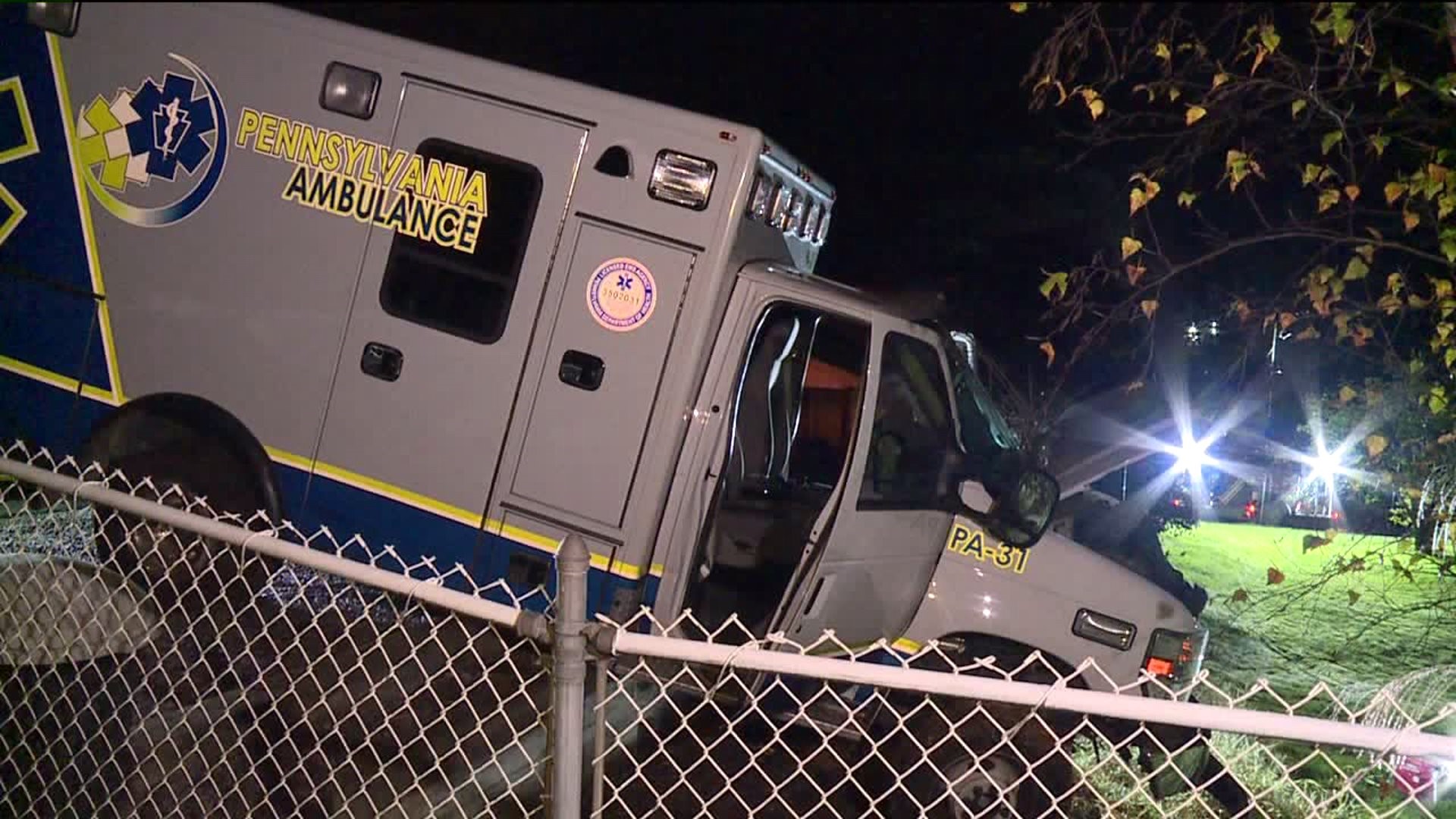 LACKAWANNA COUNTY-- Police say it all started Thursday night near the helipad in Nay Aug Park in Scranton.

Officers said Stephanie Schwambach, 44, of Shillington was driving a U-Haul truck when she crashed.

“She just needed a ride, from what I understand, she was asking the COLTS bus up there if they could take her back to where she's from and they told her no, it was just too far,” said Olyphant Police Officer James DeVoe.

Police said Schwambach is then seen on surveillance video at Geisinger CMC first circling and then jumping into the driver's seat of a Pennsylvania Ambulance before speeding off.

When paramedics realized the ambulance was missing, officials tracked it to Olyphant using the vehicle's GPS.

There, officers said they tried to stop Schwambach as she sped through town.

They said she hit a vehicle with a person inside at a traffic light, then rammed the back of an Olyphant police cruiser.

No one was seriously injured.

Officers said Schwambach sped away into a neighborhood of Dickson City leaving a path of destruction, tearing down part of Anna Khazanov's fence.

“I was going to sleep, my daughter has to be up early in the morning for school, and out of nowhere, just boom! And I first thought it was down by Main Street,” said Anna Khazanov of Olyphant.

Finally, police said Schwambach took the ambulance up a driveway and down an embankment on the other side.

“Before I jumped over the bank, I thought she was dead, I didn't think she was going to make it because the ambulance actually launched into the air and hit the tree and a dead stop right there,” said Officer DeVoe.

Police said Schwambach is expected to be OK.

Officers arrested her at gunpoint.

She is facing felony charges in several communities, including Olyphant, Dickson City, and Scranton.