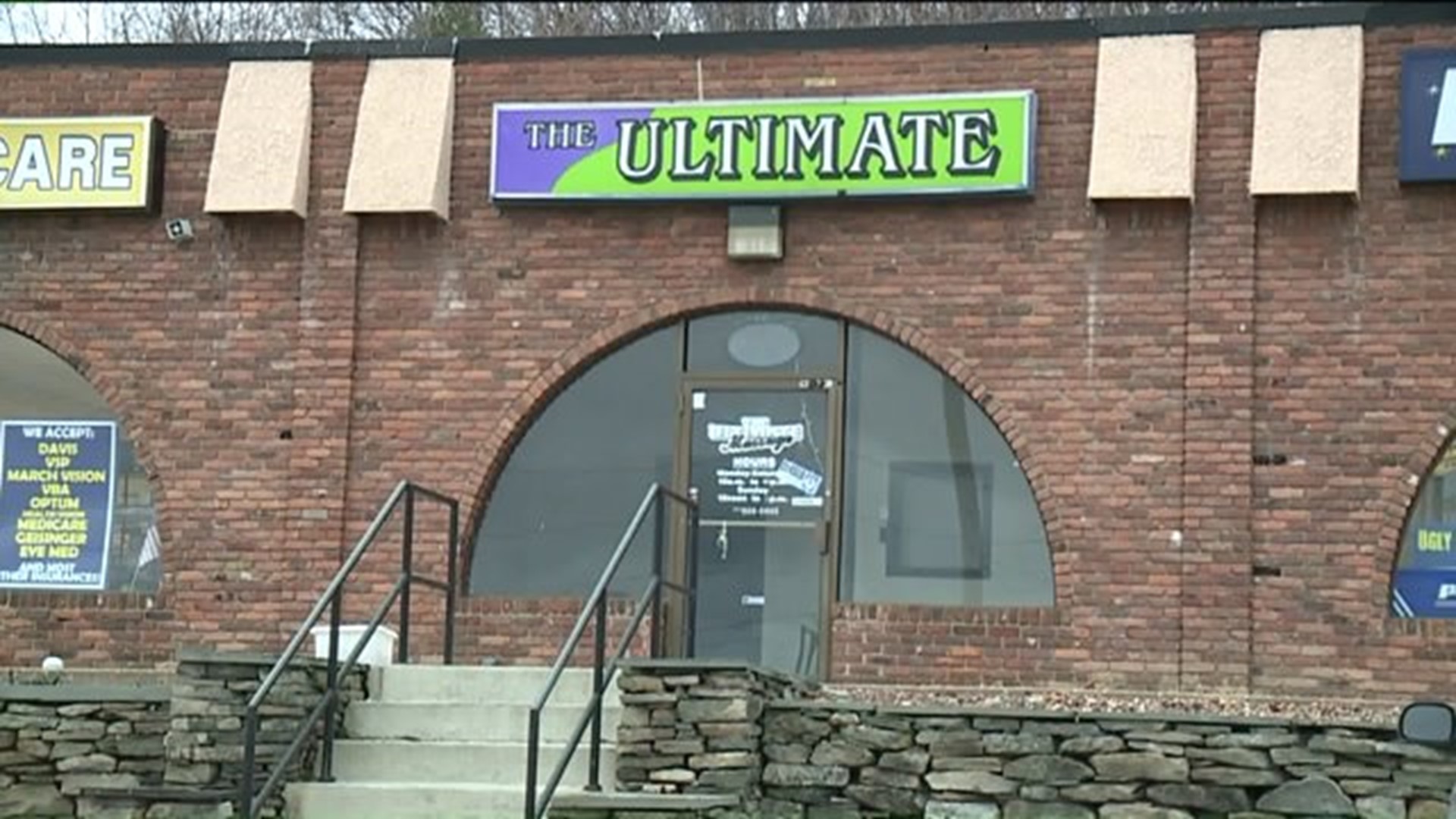 Investigators say clients who bought massages at her Dickson City business, The Ultimate Massage, which is now closed, got more than just a back rub.

“I know that it was shut down and it never reopened, once whatever they had done was sufficient to keep it closed,” said Justin Resnick, who owns Resnick’s Mattress Warehouse, which is in the same strip mall as The Ultimate Massage.

Authorities say in February of 2015, they received a tip that Venturi told her workers to always end massages with a sex act.

For other businesses in this strip mall, they thought something was odd about the massage parlor.

“Just the odd cars, they would sit wait for people and that`s basically it,” said Dwayne Florey at Florey and Holloway Cleaners. “Men customers used to joke and ask me if I used their services, I`d say no I keep everything, you know.”

“It was mostly guy clientele but that`s pretty much all I noticed,” said Tyler Pawelzik at Black Casket Tattoo.

Court documents show the investigation began in July of 2015 where police sent confidential informants into the parlor who would pay for massages that ended with sex acts.

Finally, in May of 2016, troopers raided the business, finding condoms, sex toys and a box containing clients` information.

The parlor has closed since the raid with Venturi allegedly telling police at the time.

“She will shut down the business” because “The money she makes now is nothing like it was in the nineties” and that was due to competition from “Craigslist....and the influx of Asian parlors”.

“It`s a plus that they`re gone, it was a long term bad mark on this mall and it`s gone, it`s good, it`s good for us, we`re happy,” said Resnick.

A preliminary hearing is set for February 1st.