With Impossible Burger available, is it ok to eat fake meat during Lent? 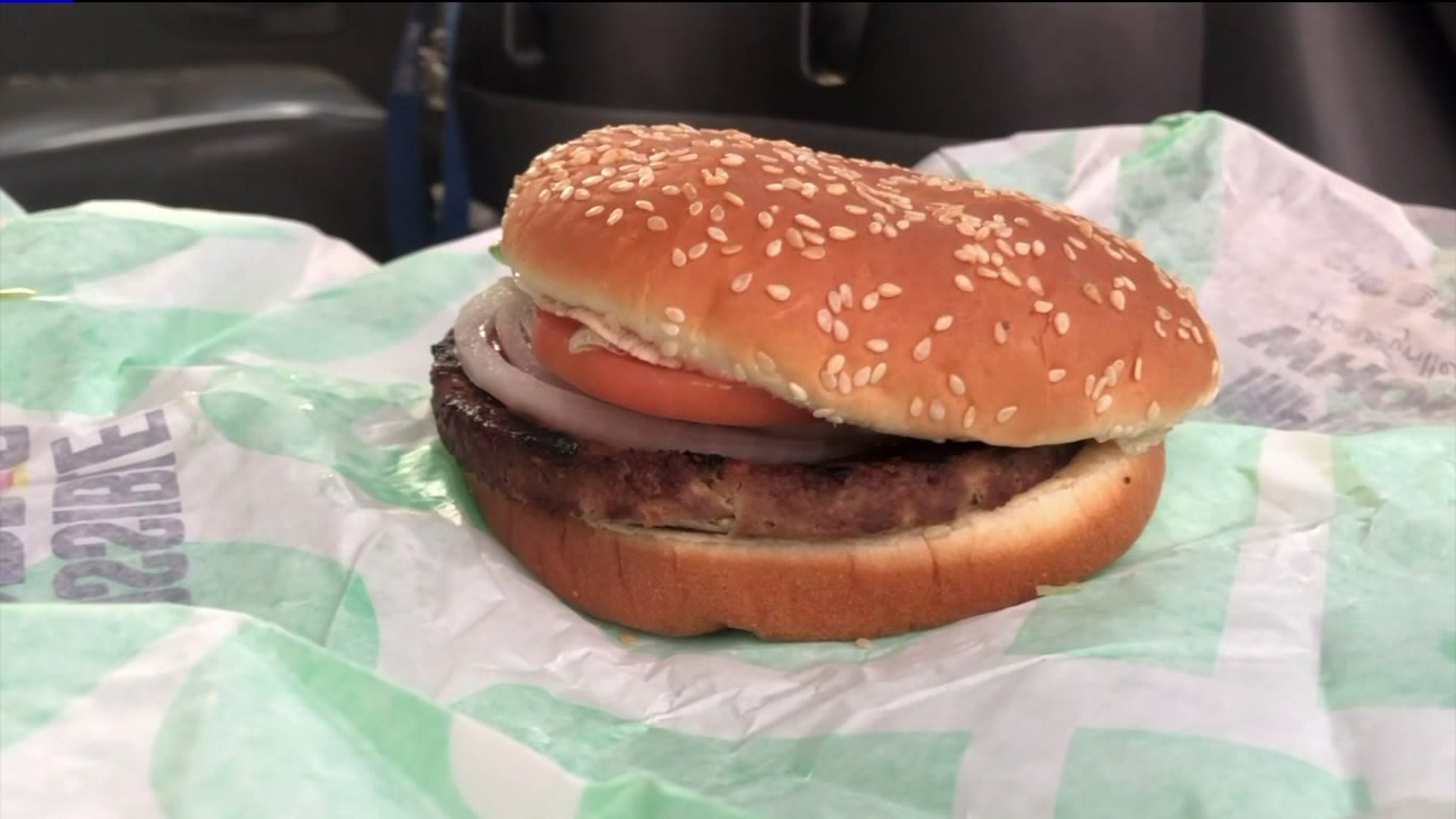 OLD FORGE, Pa. — It's the first Friday of Lent and if you're Catholic, there's probably one thing you didn't eat today.

Catholics abstain from eating meat during the Lenten season as a sign of sacrifice.

But is there a way to still sort of eat meat on Fridays?

It was dinnertime in Old Forge and it was also the first Friday of lent in the Pizza Capital of the World.

Over at Revello's, those of the Catholic faith were saying “just cheese please, hold the meat."

“It's the first Friday of Lent,” said Joe Sleboda from Mountain Top. “Pizza, no meat, so got to do it.”

But here's some food for thought.

The Impossible Burger has a plant-based patty instead of meat and is being added to menus at numerous restaurants.

Burger King swears it tastes exactly like its Whopper.

So, is it okay to eat fake meat during Lent?

“I, I didn't know that would be one of the questions,” said Don Faux of Dallas as the question clearly had him stumped. “That was a great question.”

Some felt it was okay.

“There's no meat in it,” said Joan Weiss from Scranton. “Yeah, I wouldn't hesitate.”

“No,” said John Filer from Tunkhannock. “Just, I'm a devoted catholic anything related to meat, even if it's fake. No.”

So, we asked church leaders to take a bite out of the question by reaching out to all four dioceses here in Northeastern and central Pennsylvania. Those include the Dioceses of Scranton, Allentown, Harrisburg and Altoona-Johnston.

Of the four dioceses, three responded, appearing to leave the decision up to the parishioners.

The Diocese of Scranton said, “…abstinence from meat is to be observed on all Fridays of Lent."

The two other dioceses went a little further.

However, Allentown “…encouraged Catholics to keep a spirit of sacrifice."

Harrisburg said Catholics should ask if they are “…truly making a sacrifice by eating this form of burger.”.