A winter storm is slowing traffic on the interstates, sending plow crews out overnight to handle the slick spots. The snow is continuing to fall heavily across ... 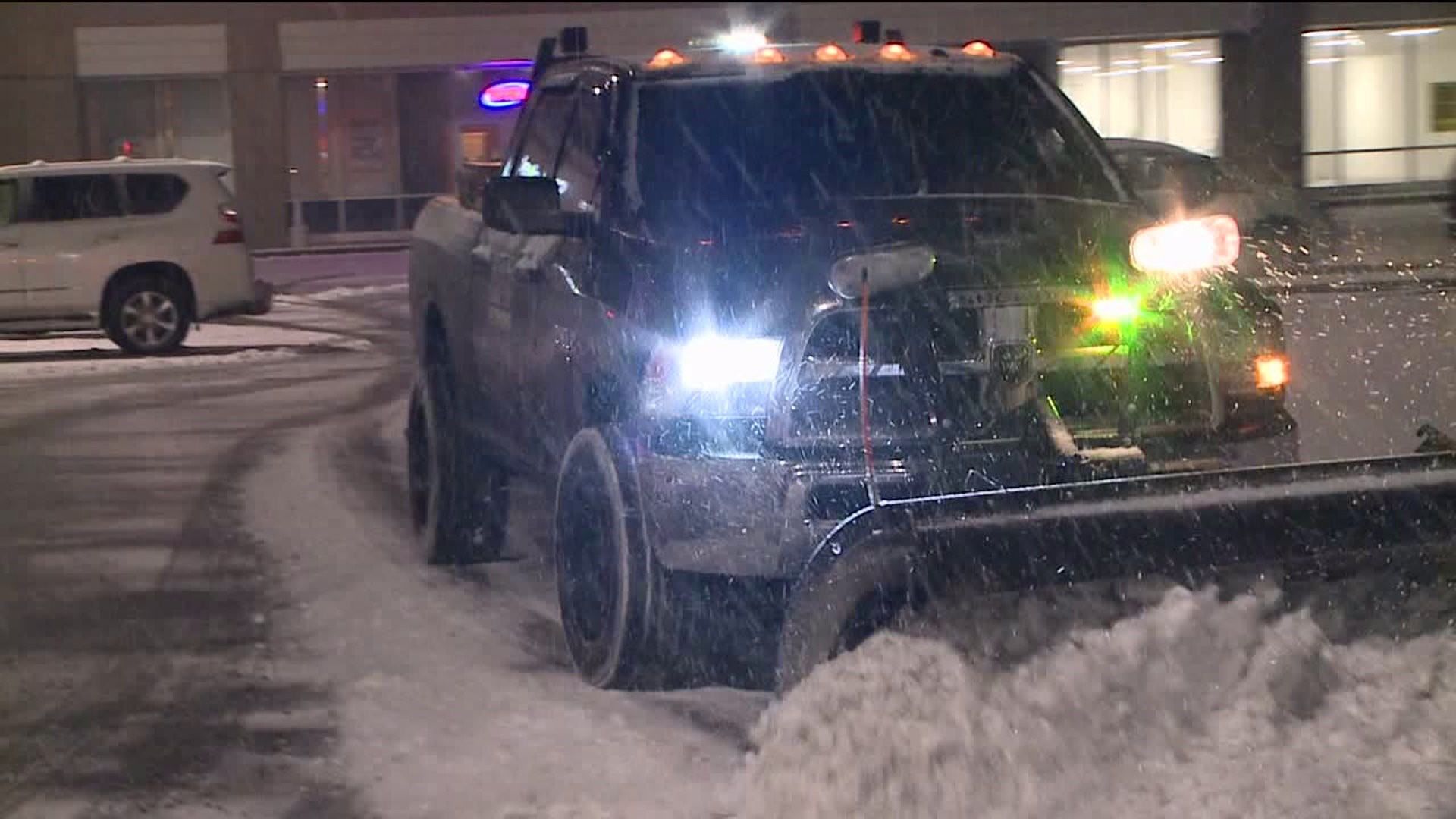 A winter storm is slowing traffic on the interstates, sending plow crews out overnight to handle the slick spots.

The snow is continuing to fall heavily across much of our area. The road conditions have continued to worsen throughout the evening, making it difficult for plow trucks to keep up.

There wasn't much traffic on Interstate 81 in Lackawanna and Luzerne counties Saturday evening as the snow started to pile up on the roads around northeastern and central Pennsylvania.

The PennDOT command center is on high alert as the flakes continue to fall.

"We have pre-positioned eight tow trucks right now that are out there on the interstate. We have those out there just in case there are vehicles that get stuck that need to get pulled off the highway," said PennDOT spokesperson James May.

Newswatch 16 found troopers pulling over big rig drivers on Interstate 81 in Moosic. Commercial vehicles have been banned from interstates in northeastern and central Pennsylvania until noon on Sunday.

"We have over 200 plow trucks here in northeastern Pennsylvania in the six counties of our district. You can actually go online to 511pa.com and you can track where they are. That's beneficial to see how many are out there," said May.

In Pittston Township, Luzerne County, plows were on the move as the snow began to pile up, but conditions have not been favorable for snow removal.

And while some may panic when the snow piles up, driving his truck is a livelihood for Robert Lucas. He's hopeful the ban on big rigs will make all the difference.

"I'm very appreciative that they took the initiative to make sure that the traffic was off the roads before the storm started, which of course saved a lot of money, but possibly a few lives," Lucas said.

Speed limits on area interstates have been lowered to 45 mph. Unless it is an emergency, PennDOT recommends you stay off the roads until they have been cleared.