JESSUP, Pa. — A manufacturing business in Lackawanna County is looking to grow its work force, quadrupling the number of employees it had just a few years... 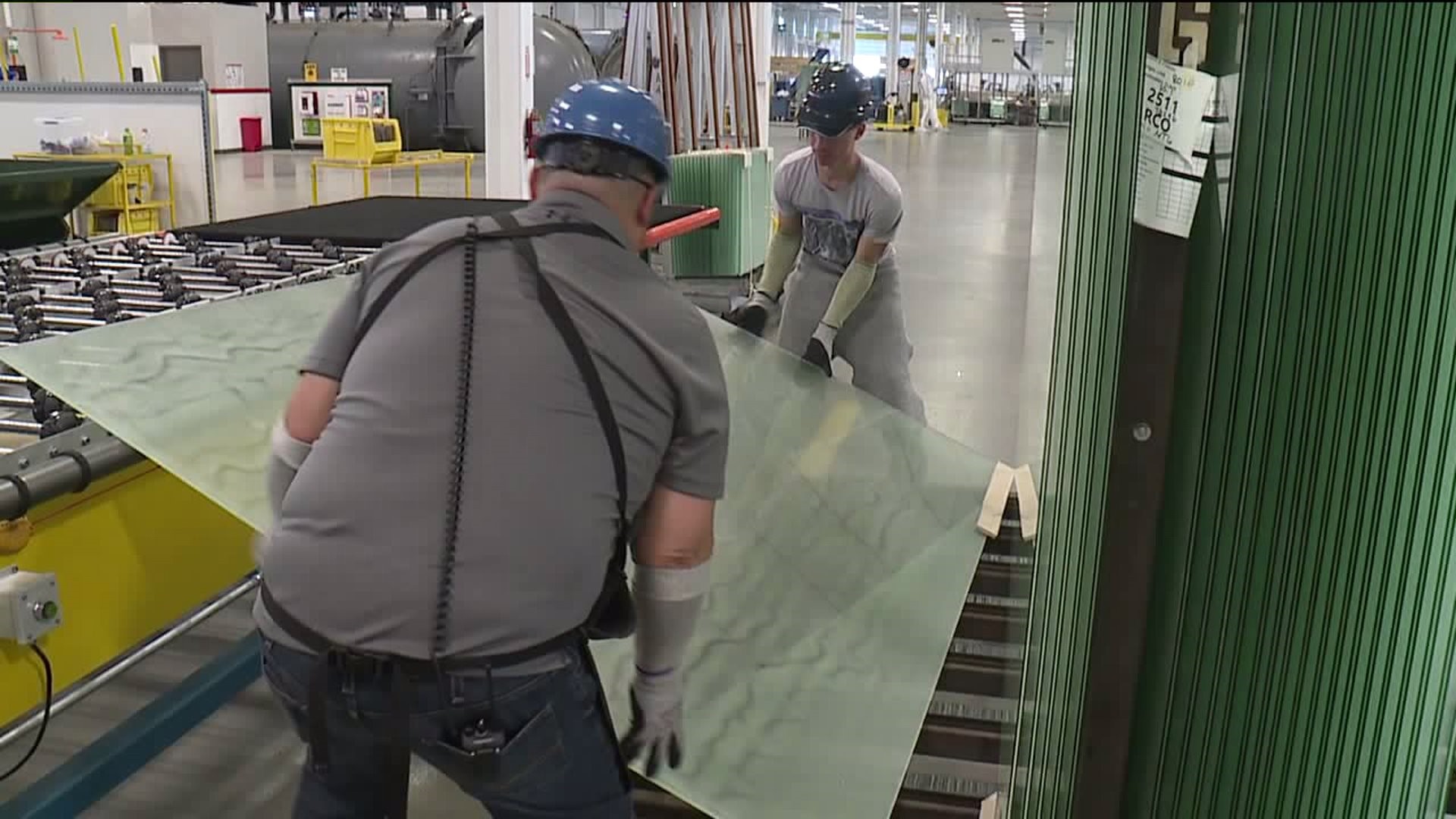 JESSUP, Pa. -- A manufacturing business in Lackawanna County is looking to grow its work force, quadrupling the number of employees it had just a few years ago.

It's rare to hear about growth in manufacturing in our area anymore. But, a company in Lackawanna County that makes glass for windows is looking at hiring maybe 100 more workers in the next year or two.

Megan Faux of Clifford is a new mom with a new job. She has about three weeks on the job at Cardinal Glass in Jessup.

"Everybody's really nice, the pay's great, and the hours are wonderful. We have lots of overtime, it's great," Faux said.

Faux is one in a wave of new hires at the plant in the Valley View Business Park. The place makes glass for most major window manufacturers.

Cardinal bought a smaller company in 2014 and has since grown four times over. You'll see "now hiring" signs all over the business park.

"So far, we have had some success with hiring. We're trying to get the word out that we have good jobs available up in Jessup," said plant manager Joe Michaels.

Cardinal built a brand new in Valley View Business Park and moved in back in March with plans to grow.

"We just put a brand new facility in here, we want to become a part of the community. We're fairly new, and we're excited to offer jobs. We're excited, our goal is to make this an enjoyable place to work," Michaels added.

Michaels told Newswatch 16 that Cardinal hopes to hire about 50 new employees before the end of this year.

With the help of those new hires, Cardinal hopes to increase its commercial line which would hopefully require another 50 new employees in 2019.

Jose Martinez of Olyphant is also new at Cardinal. He said the company's growth only makes him feel better about his decision to come here five months ago.

"It's a great place for work, I'm happy here, my boss and my supervisor, they treat me good. They treat me with respect and dignity," Martinez said.

Cardinal officials admit they been having trouble filling all of their open positions. If you're interested in applying, you can contact Cardinal Glass 570-498-6421.