SCRANTON, Pa. — A windmill is now up and running outside Scranton High School in the Electric City. After years of raising money, students say this will h... 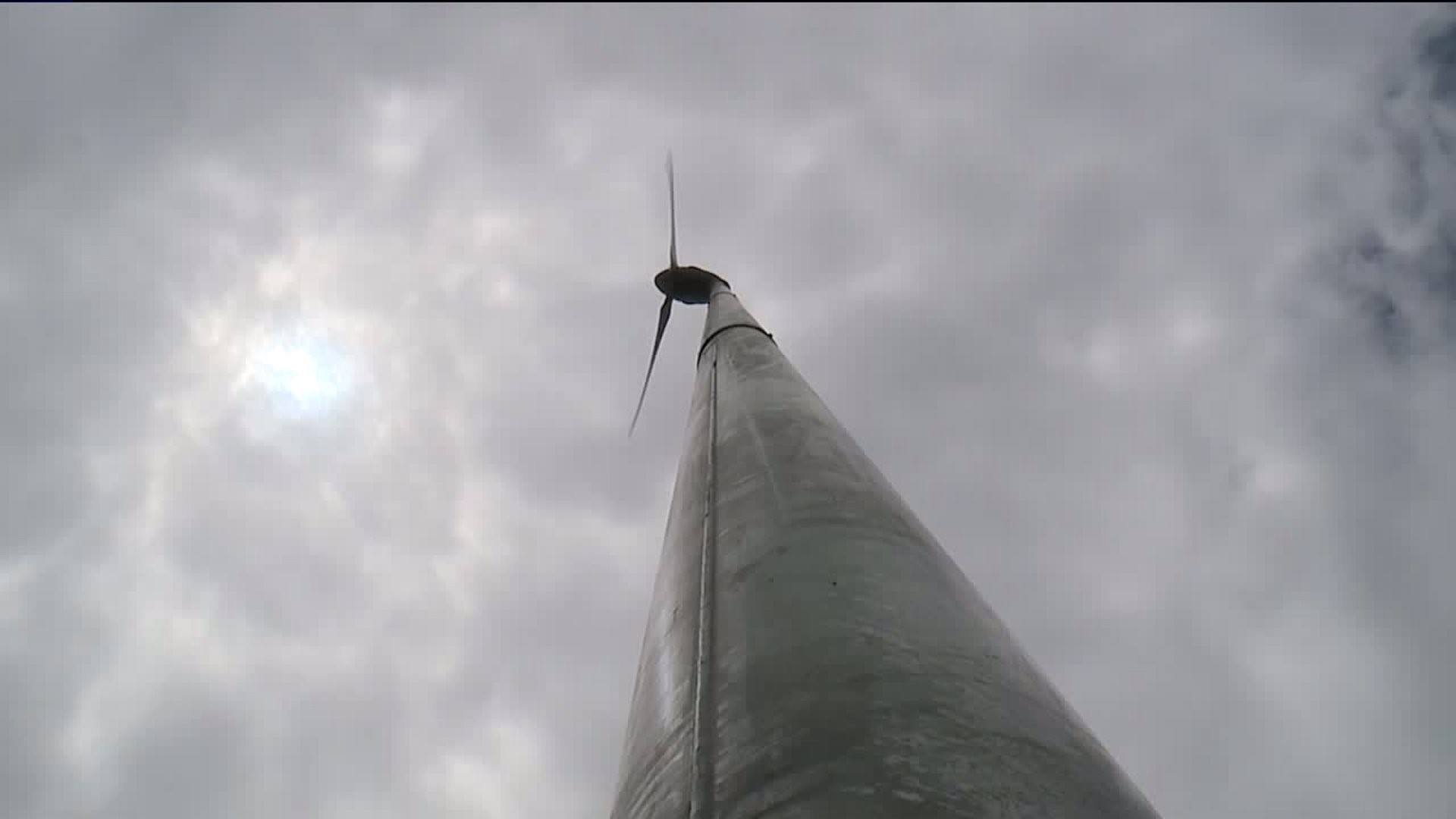 SCRANTON, Pa. -- A windmill is now up and running outside Scranton High School in the Electric City. After years of raising money, students say this will help the school go green.

High in the sky, a windmill now works to help bring electricity for Scranton High School.

After years of work, a 40-foot high windmill is up and running at Scranton High School. Students raised thousands of dollars to improve the school’s energy efficiency. @WNEP pic.twitter.com/EnLfcepiH6

Students gathered around the windmill Thursday to celebrate years of hard work at the school in Scranton.

Aiden Drouse, president of the wind turbine club, is happy to see it up and running before he graduates.

"It is insane. I am so proud just of all the hard work that went into it. I am really happy," said Drouse.

Environmental science teacher Kevin Kays says this wind turbine project has been in the works for years. After a lack of funding put the project on hold, students helped make his energy-efficient dream a reality.

"A great collaborative effort between our Scranton community and outside sources because they wanted to fund these kids," Kays said.

After years of fundraising and writing grants, students at Scranton High were able to raise enough money to put up the windmill.

"I am just amazed that it is up and I am just happy that our school can be just a little more green," said senior Kayla Walsh.

After collecting data, the school decided to put the windmill next to the football field, helping to power the school and stadium.

"The greater draw is the school right because not much lighting in the stadium. If there is a night when all the lights are on the stadium, the electrons will go over there," Kays explained.

Jack Joyce was part of the wind turbine club before graduating and stopped by to see it in action.

"It is great," Joyce said. "It is more than I could have dreamed of. It looks spectacular and I am glad we could help out the school."

School officials say the money saved because of the windmill will go into a fund for AP Environmental programs in the future.