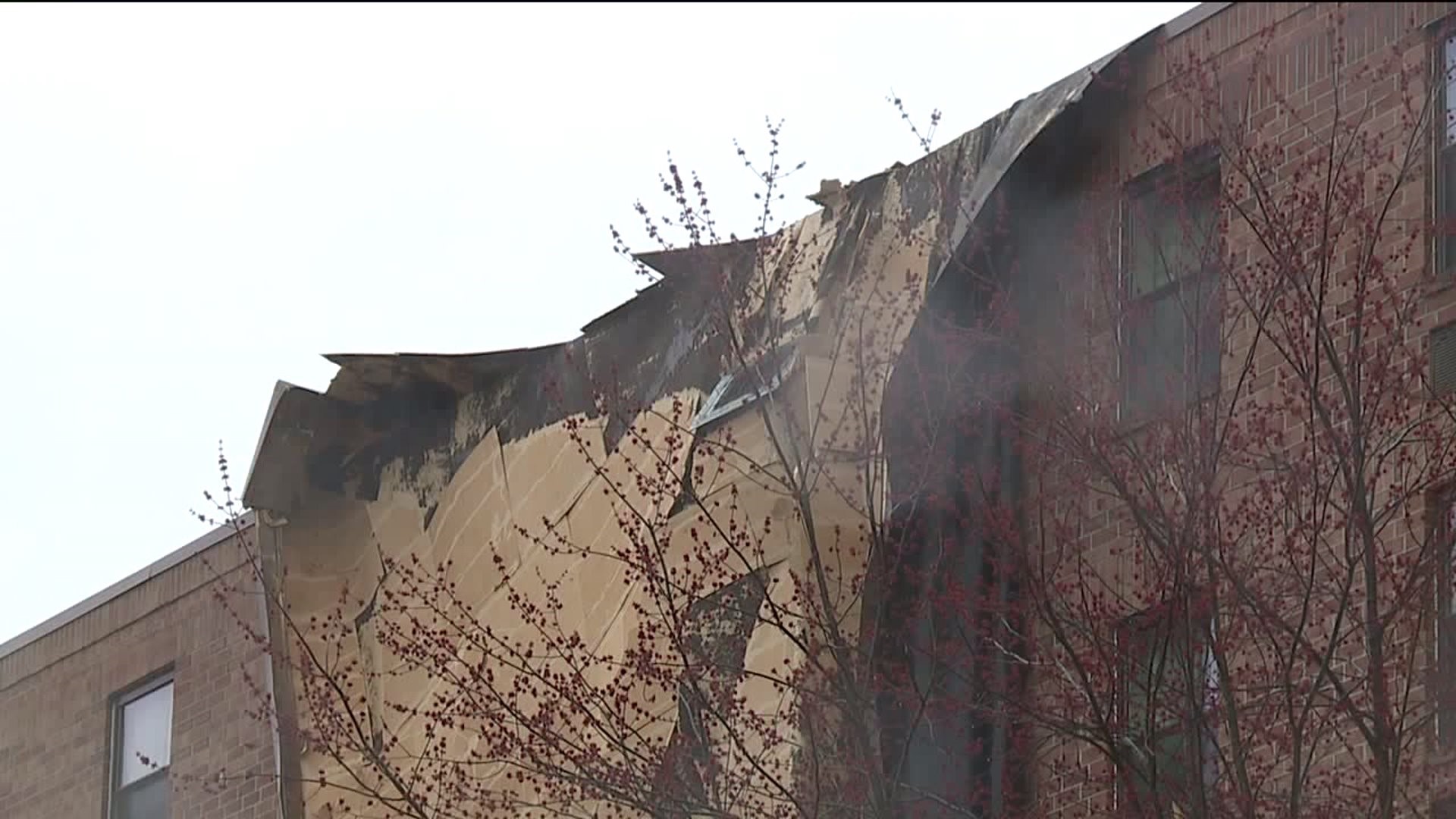 Emergency responders believe there is no structural damage to the building near Lake Scranton, but the sixth floor is taking on water.

Just before sunrise, a big gust of wind tore the roof from the six-story building.

"I heard an awful noise and I got up and looked out and there was white stuff all over the ground," said resident Lucille Wombacker.

Jim Dolan and his dog Toto were up in their sixth-floor apartment.

"All night long, heavy noise coming off the roof, and then this morning, they came and had us get out of there," said Dolan.

With the roof hanging off the side of the building, the fire department helped warn residents of the danger.

"Then, all of a sudden, the firemen came banging on the door and said the roof fell off, just get dressed and come down for your own safety," resident Sandy Egna recalled.

Not only did the gust of wind take the roof off that six-story building, it left the parking lot littered with debris, insulation, and roofing material all over the parking lot and some of it ended up way back in the woods.

A side door was used to evacuate the building because the fire department feared the dangling roof could crash to the ground over the main entrance.

"I've never seen something, a roof as big as this large blown off, let's put it that way," said Scranton's Assistant Fire Chief Jim Floryshak.

Some residents were taken to an evacuation shelter at a nearby church. Others decided to stay with friends and relatives with very little notice.

"I didn't even get a chance to call my friend and tell them I'm coming to your house," said resident Betty Riebesell.

And with no roof, rain entered the building and worked its way down from the sixth floor.

The fire department couldn't get out on the roof. When the rubber membrane peeled back, it sealed off the hatch leading to the roof.

A roofing company from Harrisburg is on the way to take a closer look at the damage.

It's not clear when people will be allowed to return to their homes.

Roofers and clean up crews at Lutherwood at Lake Scranton. Building lost its roof this morning. Newswatch 16 at Noon @WNEP pic.twitter.com/yS9ru7YRXV