What is This Big Cat Caught on Camera?

CLARKS SUMMIT, Pa. — The sighting of a big cat over the weekend in Lackawanna County has caused a debate over what was lurking in the Dodge family’s... 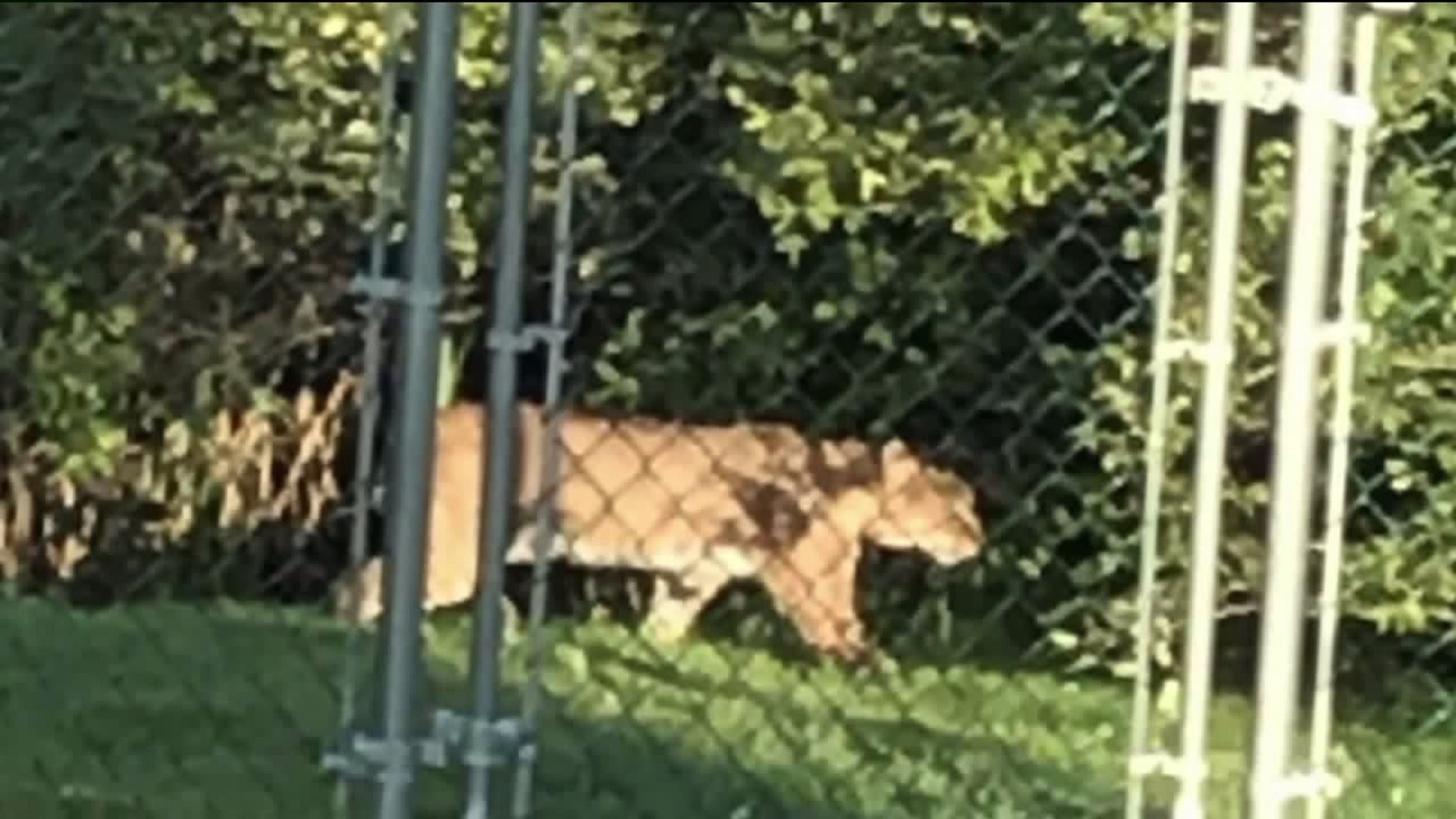 CLARKS SUMMIT, Pa. -- The sighting of a big cat over the weekend in Lackawanna County has caused a debate over what was lurking in the Dodge family's backyard.

That large cat was spotted in Clarks Summit and then it was gone.

But once WNEP's Kurt Aaron posted the photo to Facebook, people started guessing at what the animal was. Was it a bobcat or something else?

Nick Dodge and his family are used to seeing foxes, but what they saw over the weekend was rather unusual. The family's surveillance cameras caught a large cat of some sort outside the fence late Saturday afternoon.

"When I first saw it, I was like, 'Wait, is that a mountain lion? No, they don't live around here.' Then I saw and was like, 'It could be a bobcat, possibly mountain lion,' " Nick Dodge said.

Pennsylvania Game Commission officials say it's very unlikely it was a mountain lion. They haven't been in Pennsylvania in more than 100 years.

"It's probably a bobcat, but looks like a mountain lion, who knows, could be a mutant," Dodge said.

There's a pretty large swamp near this neighborhood in Clarks Summit and a lot of wildlife that goes with it. But on Saturday, the Dodges say they caught something on camera they didn't expect to see.

"Haven't seen anything like this before, so it's new," Dodge said.

"I was out yesterday night and this morning with a baseball bat in case I saw something. Don't know if I'd been brave enough to use it," said neighbor Ann Marie Flora.

Neighbors, including Flora, are now on the lookout for what the game commission believes is a bobcat. Flora doesn't want her dog Jet to become prey for anything, especially a bobcat.

"Especially when he's wandering in the backyard, he'd be a tasty dinner or appetizer for the mountain lion or bobcat."

Game commission officials say bobcats are around these parts but usually are out at night.

The photo has been shared more than 2,500 times on Facebook with more than 1,000 comments.