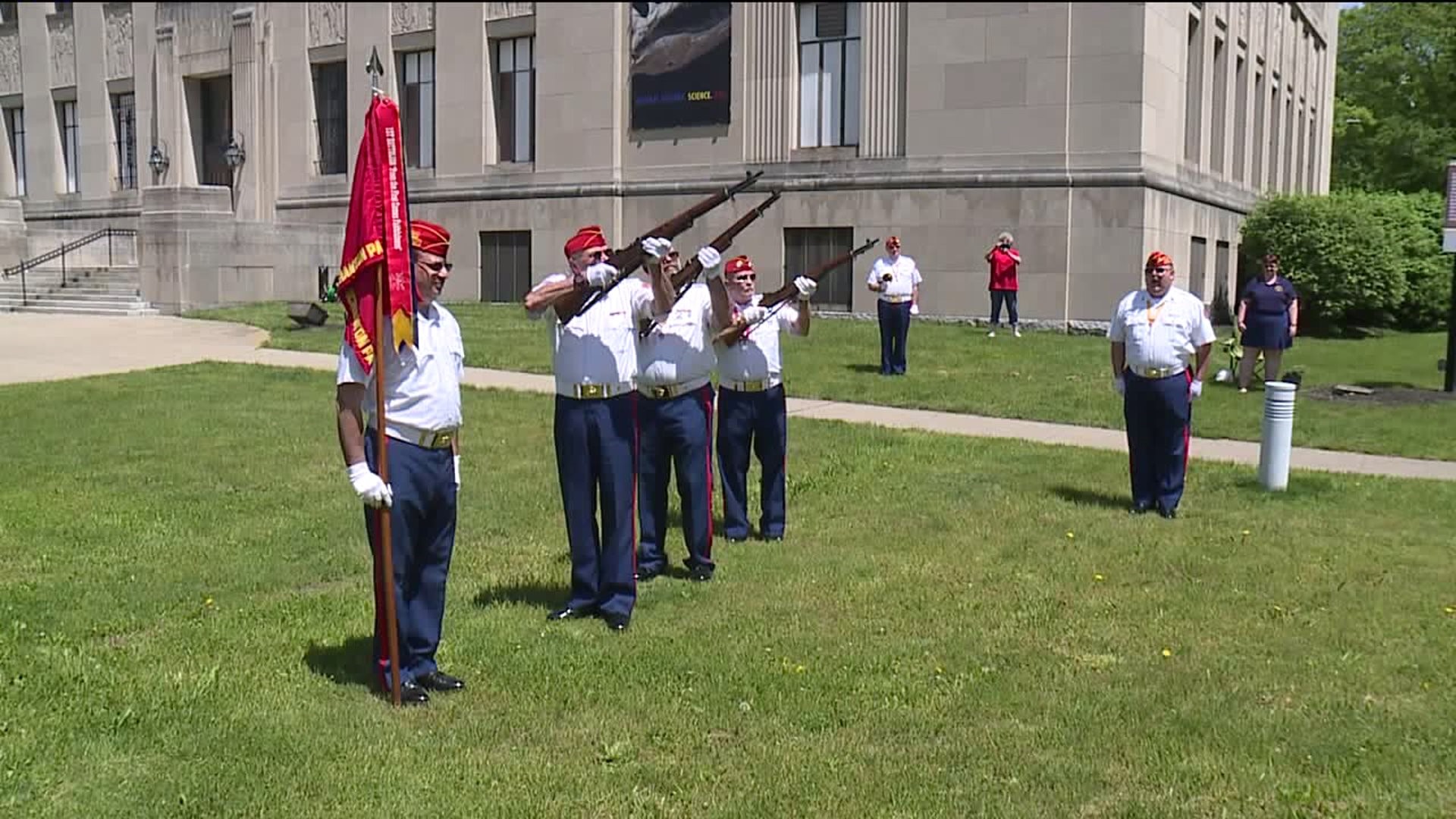 The annual program pays respect to those who made the ultimate sacrifice.

"I wish it didn't have to happen, but we cannot forget our history. We can't be ignorant of our history," said Lin Dandrea.

Lin Dandrea is visiting Scranton from Mount Laurel, New Jersey. She says the solemnity of the day is powerful for her and her family.

"My father was in the Army. My uncle was in the Navy. It's very emotional for me. They didn't die in the service, but to hear the stories. I'm getting overcome right now," said Dandrea.

Dandrea is not alone. Joanne Reif's father served during World War II. His homecoming is something his family did not take for granted.

"He knew what the human toll was. He saw people who were not there, you know, there one day and not the next. He saw accidents on the base, people killed accidentally or unnecessarily. All sorts of things we don't even want to think about," said Reif.

For some veterans, this isn't their first ceremony of the day. Some are even attending four or five or more.

"A total of like six ceremonies, which you won't get any complaints out of us. It's something that we don't just do on Memorial Day, we do it all year round," said Commander James Kuchwara, VFW Post 25.

VFW Post 25 in Scranton is one of the oldest in the country and Commander James Kuchwara takes pride in ceremonies such as this to honor the fallen.

"It's a very somber day, but it's a great day. We can hold our head up high and look into that flag and know those guys will live on forever," said Kuchwara.