‘We Are Overwhelmed,’ Mother of Fallen Trooper Thanks Supporters

PITTSTON TOWNSHIP — At the first tribute for fallen Cpl. Bryon Dickson, his mother told Newswatch 16 that their family is grateful for the support from th... 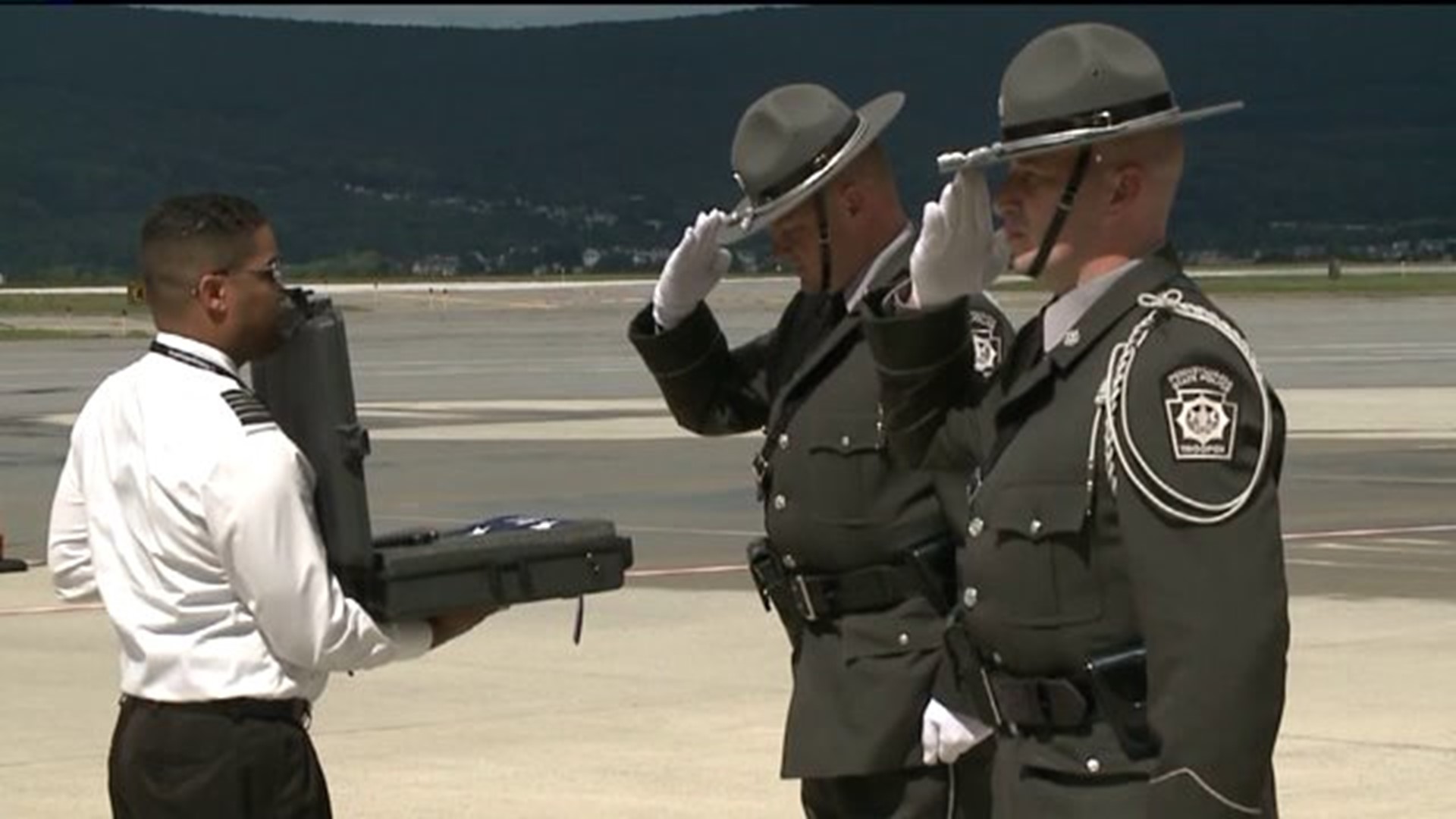 PITTSTON TOWNSHIP -- At the first tribute for fallen Cpl. Bryon Dickson, his mother told Newswatch 16 that their family is grateful for the support from the law enforcement community, and from strangers.

“We are overwhelmed with the greatness and the magnitude and outpouring of support for our son,” said Darla Dickson. “We’re simple people. And to see this is just beyond what we can even fathom. We send our love and know that your support is just as real as what is behind us today.”

Darla Dickson and several other family members watched form the tarmac at Wilkes-Barre/Scranton International Airport, as the pilot of a US Air flight from Charlotte handed over a black case to state troopers.

Inside the case was the US Honor Flag, which is sent to funerals across the country, for first responders who were killed in the line of duty.

State Attorney General Kathleen Kane stood in unity with officers on the tarmac, before the flag was taken by a police escort to the Dunmore State Police barracks.

“People don’t realize the dangers that these men and women in uniform put themselves in, on the line of duty every single day,” said Kane. “Our hearts are broken for the families. We want everyone to know that we stand together, we have each other’s back, and we will find the person who did this.”

Sugarloaf Police Chief Joshua Winters said it was important for officers from throughout Luzerne County to show their support at the tribute on the tarmac.

“I pray that I don’t have to come to another one of these events for the rest of my career,” said Winters. “It just seems this day and age, you just never know, just the way the atmosphere is in society anymore.”