DICKSON CITY, Pa. — After almost two days water is finally being restored to homes and businesses in Lackawanna County’s Mid-Valley. Pennsylvania Am... 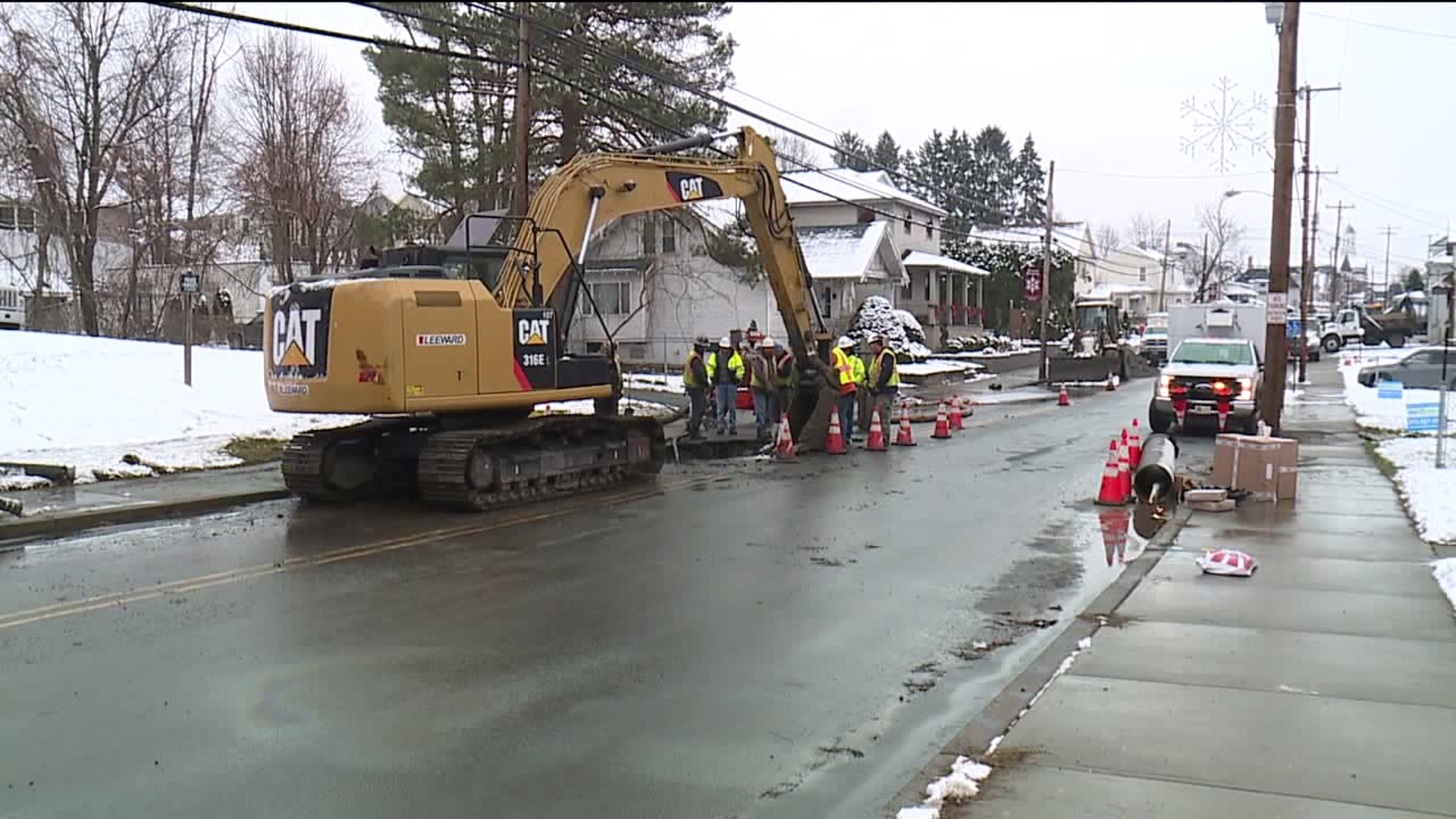 DICKSON CITY, Pa. -- After almost two days water is finally being restored to homes and businesses in Lackawanna County's Mid-Valley.

Pennsylvania American Water crews have their hands full with a 16-inch main that broke Tuesday morning in Lackawanna County.

It's day two of no water for many homes and businesses in the mid-valley because of a break in a water main along Main Street in Dickson City.

Pennsylvania American Water has called in extra resources to help them with what's been a challenging repair so far.

The water company began repairs on the main on Wednesday afternoon. Crews spent the last day trying to stop the flow of water and drain the area where they'll need to replace the pipe. Main Street only stopped gushing water Wednesday morning.

This break is affecting families throughout the mid-valley but very sporadically. We talked to one family on Main Street about how they're getting by.

"We have buckets of water, whatever you've got to do to get by. You're camping inside your home is what you're doing. You're roughing it inside your home. It's an inconvenience, but it's a part of life. What are you going to do? It could be worse, and it's not. Thank God for that. You make fun, you make lemonade out of your lemons," said Wendy McCabe.

Wendy is one of an unknown number of people in Lackawanna County's mid-valley without water.

Pennsylvania American Water says it's tough to know just how many homes and businesses are hooked up to the 16-inch main along Main Street in Dickson City.

Utility crews had to spend the first day of repairs pumping water away from the break. Once it was relatively dry, repairs could begin.

Schiff's Marketplace is one of the many businesses without water. They were forced to turn customers away, but those who were without water at home could stop by at a tanker in the parking lot.

"Thought we would have water by now but found as many containers as we could get and came down for more," Tammy Jackson said.

"Just deal with it as it comes. Hopefully, it won't be too much longer," Jackson added.

Main Street in Dickson City remains closed in the area of that broken main.

Pennsylvania American Water has provided some water tankers throughout the area for people who are affected by the break. Tankers are set up in Genetti's parking lot, Scranton Orthopedics on Main Street, and Schiff’s Market.  Customers are asked to bring their own container when visiting a tanker for drinking water.