War is coming to Scranton this weekend.  Hundreds of troops from all over the country are arriving in the Electric City for battle between the Americans and the... 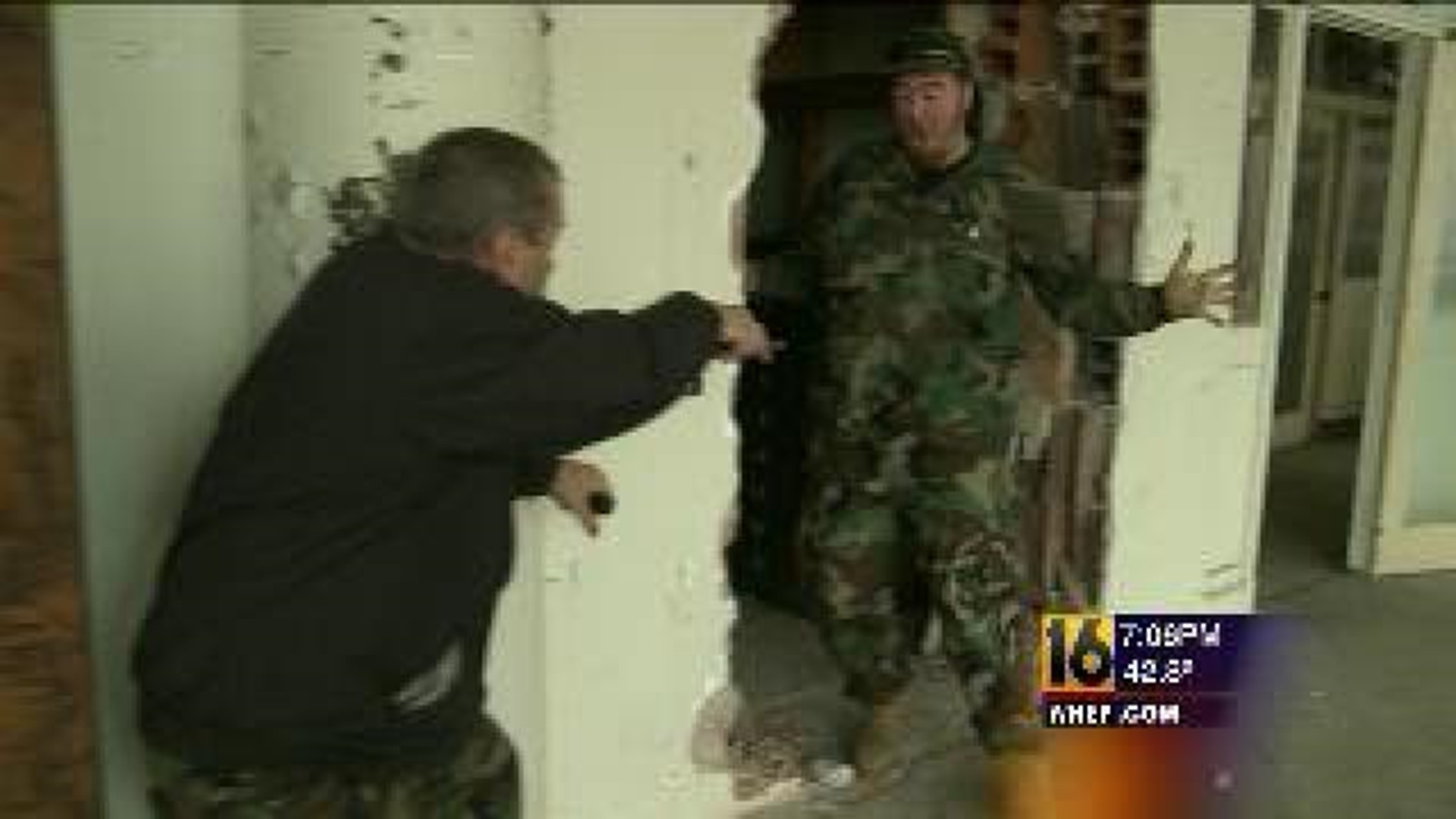 War is coming to Scranton this weekend.  Hundreds of troops from all over the country are arriving in the Electric City for battle between the Americans and the Russians.

This isn't some story out of the Cold War. It is war games being played out at an abandoned industrial complex in Scranton.

The troops are assembling for war. All day soldiers of sorts from across the country have been arriving at the old Scranton Lace Works. Three hundred of them are gearing up for battle this weekend.

The weapons look real, some of the uniforms do too, but this is all a game.

It's a simulation of war taking over this massive empty industrial complex.

"Normally we play in the outdoors just in the woods. Never do you get one million square feet of indoor play to simulate real world scenarios. You never get that opportunity," said Dave Frye of Massachusetts.

Igor Dobroff showed off what will be the battleground, building after rundown building.

The business Operation Lion Claw rented the building out for the weekend. It organizes simulated wars all over the country.

This time the Russians will battle the Americans there.

Dobroff will lead the Russians.

"This place is just amazing, this is legend. This will be a legend. Your city is so lucky that you have this place still," Dobroff said.

"This is a dream.  This location is an absolute dream," said John Lu of Operation Lion Claw.

You may hear screaming coming out of the building, you may here explosions or the sound of gunfire. Don't worry, it's not a real battle, but it is sure made to seem like it.

"We have sound effects built in there will be screaming in English and Russian, of prisoners of war being tortured, and your assignment is to get them out, but you have to find them in this maze," Lu added.

The warriors spent part of the day making sure their weapons that shoot biodegradable BBs are safe.

Volunteers from the Scranton area are helping out.

"I've been eyeballing this for years and when I heard they were having a game here I immediately volunteered," said Loven.

It will be intense. It will seem real. It's even closing off some streets in the area, but it's all for fun.