SCRANTON, Pa. — Voters in Scranton will be asked a question on the ballot Tuesday that could change the way businesses in the city are taxed. If the ballo... 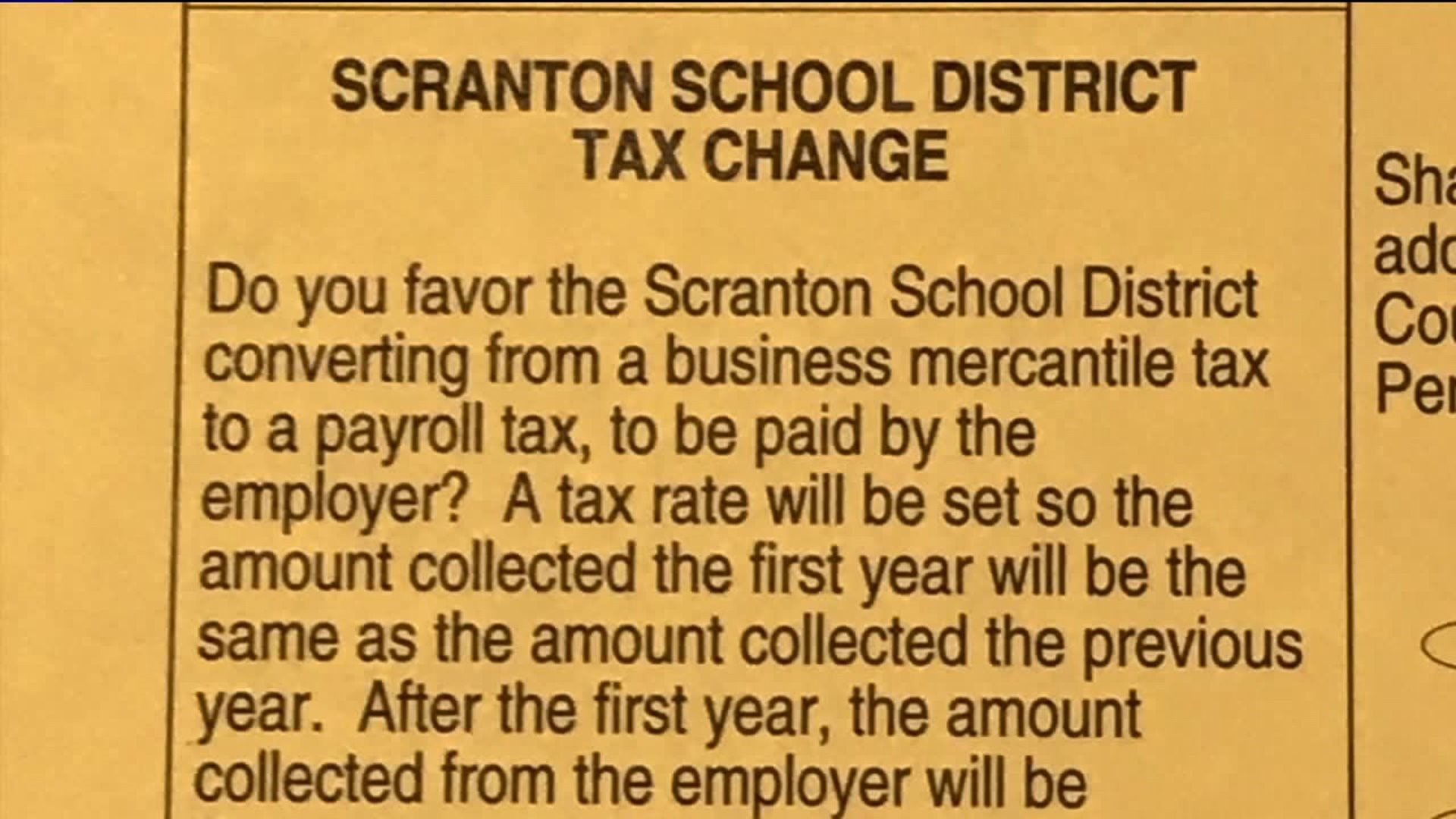 SCRANTON, Pa. -- Voters in Scranton will be asked a question on the ballot Tuesday that could change the way businesses in the city are taxed.

If the ballot question passes, it would give Scranton School District officials the go-ahead to start considering a change in how the district taxes business owners.

Judges of elections picked up voting machines on Monday at the Lackawanna County Government Center before heading out to the 163 polling places throughout the county for Tuesday's election.

If you live in Scranton, there's a lot on your ballot, so a ballot question on the back might be missed. The Scranton School District is asking voters for permission to consider a switch from the business privilege mercantile tax to a payroll tax.

School district officials say it's important to remember that voters won't be making any sweeping changes with a yes or no vote.

"A yes vote simply puts this in the hands of the school board and allows us to consider it," said board member Katie Gilmartin.

Gilmartin says it's part of the school district's financial recovery plan to consider this taxing switch, but it's still unclear if it would be good for the district in the long run.

"I have to make sure that we are not taking any risk that would put us in a precarious situation, and revenue shortfall certainly would at this point," said Gilmartin.

The payroll tax that the district is considering would only affect business owners in the city. Instead of being taxed annually on income, businesses would be taxed quarterly on their payroll costs. More employees more of a tax.

"For a lot of businesses, this is going to be a fantastic thing. Myself personally, being completely transparent, I don't know if this will help me. I'm a very payroll-heavy business," said Micah Woodard, owner of Lavish Salon and Spa.

Woodard is part of an effort pushing for a yes vote on the ballot question even though it might cost his business more money.

"My kids are in the Scranton School District. I have a kid at the high school and a kid in middle school. Three-quarters of the money that comes from the mercantile tax and will come from this payroll tax goes to the Scranton School District. We all know what kind of shape the school district's in. They're trying to pull themselves out of the situation that they're in," said Woodard.

The payroll tax ballot question is on the back of the ballot for Scranton voters. They can cast their yes or no vote starting Tuesday at 7 a.m. when the polls open.