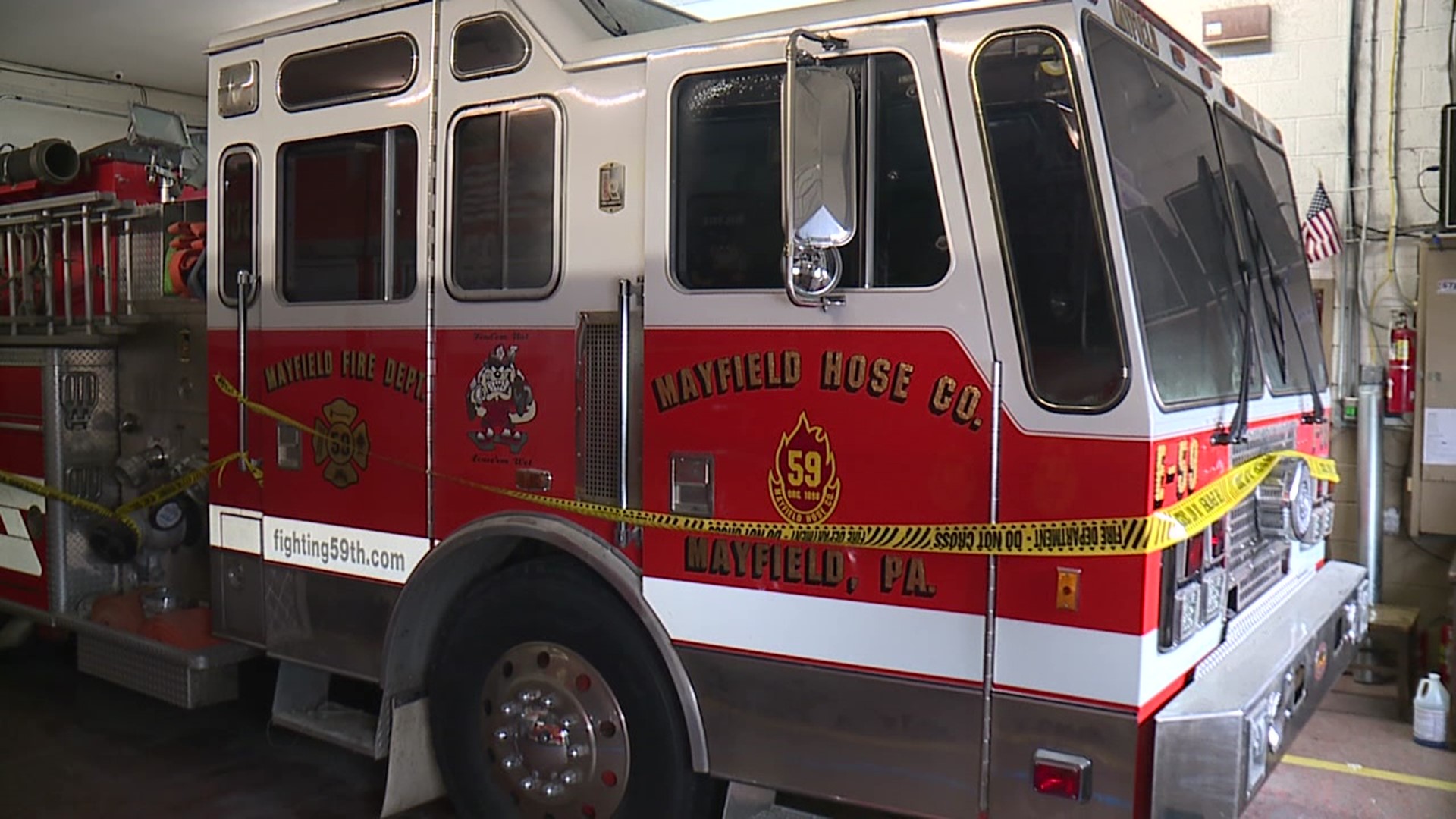 The company's first assistant chief discovered the fire about two hours after it started. The chief told Newswatch 16 it appears a battery on a light exploded, sparking the flames.

"It hurts our soul; it does, down to every member. When we walk through the door and see this fire truck like that, it's like, it puts a beating on you," Chief Smith said.

The firefighters responded quickly, just as they're trained to do when a fire starts anywhere else in the borough. They were able to save a lot of the expensive equipment inside Engine 59 but, it's unclear whether the engine itself is salvageable.

"With all of our fundraisers going on that were canceled and everything that happened over the last year, it hurts, that's what it does," Smith added.

The chief said the loss of the engine will affect Mayfield Hose Company's response times going forward. They won't be able to carry as much water or firefighters on the company's remaining truck.

The quick response to this fire likely saved the building and prevented a much bigger disaster.

"Thank God we were able to get here. We were able to save all the other equipment; the only thing that was affected was the poor engine. That's it; hopefully, everything's uphill from here," Chief Smith said.