Scranton's EJ the DJ is broadcasting on Facebook Live every day. 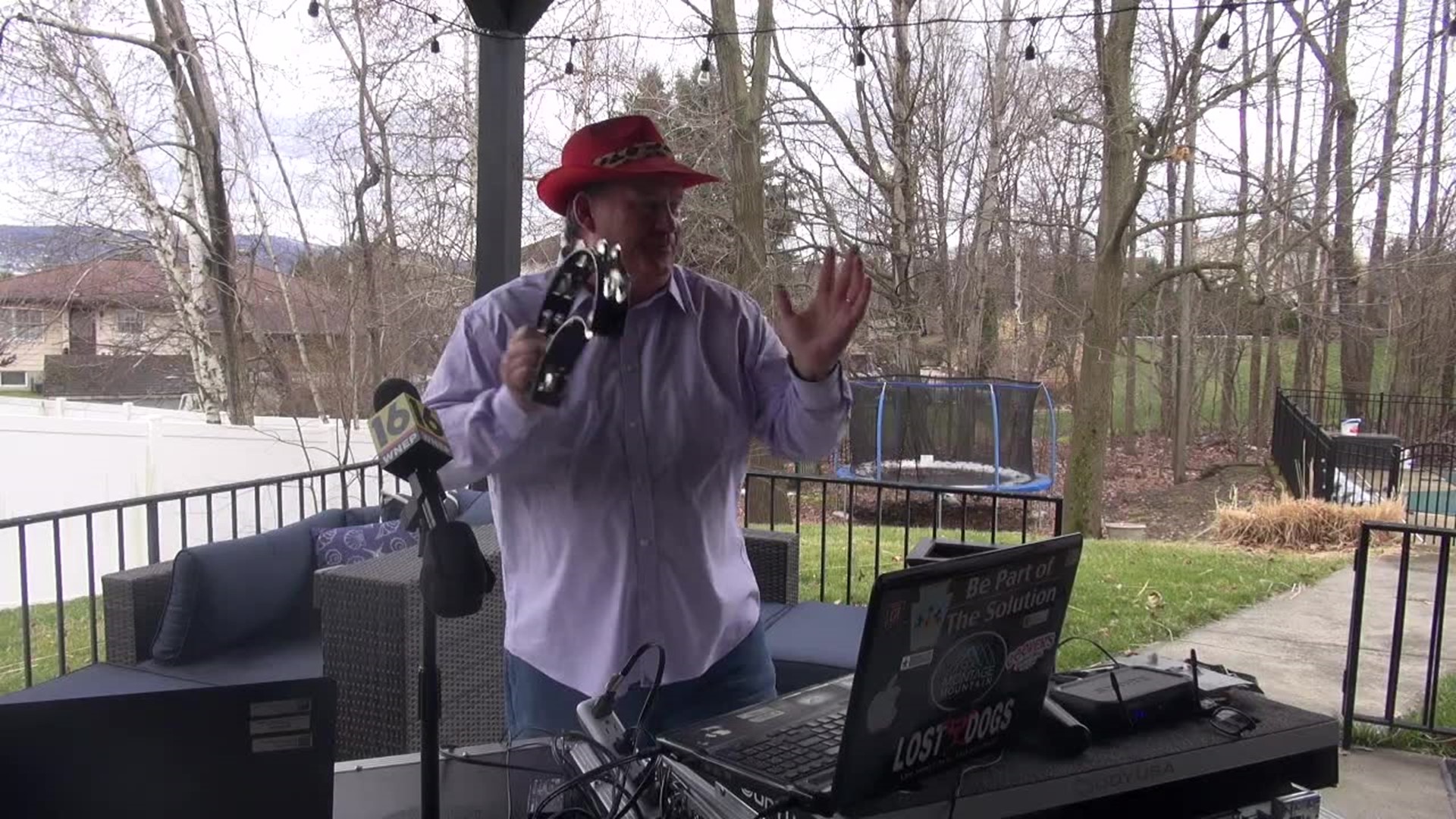 Dougher lives in Scranton with his family. He's been DJing for more than two decades, and during this time of so much uncertainty, he does know one thing.

"You can still dance; you can still sing. I love my job. I want everyone to tune in," he said.

EJ the DJ has been broadcasting live on Facebook every day for the last week. And it has quickly become a highlight for so many viewers' day.

And with both of his daughters now home from school during the day, it has become a whole family affair.

"My mom doesn't like to be on camera, so everyone comments where's Penny, but she doesn't like to do the stuff we do," Olivia Dougher said, older sister Mccae laughed in agreement.

Mom, Penny, does produce the show, though, and makes sure everything is running smoothly.

"The girls look forward to it. Now they know what dad does, it's not just you show up."

All of EJ's events have been canceled through at least April. So while he's not working, the Scranton DJ says he will keep this virtual dance party going.

"You can't take life for granted. Every single solitary day, you have to live life to the fullest," EJ said.

EJ and his daughters broadcast live on Facebook every day at 5 p.m.