SCRANTON — Parishioners of a Catholic church on the west side of Scranton tell us they’ve been praying all day for whoever destroyed the church̵... 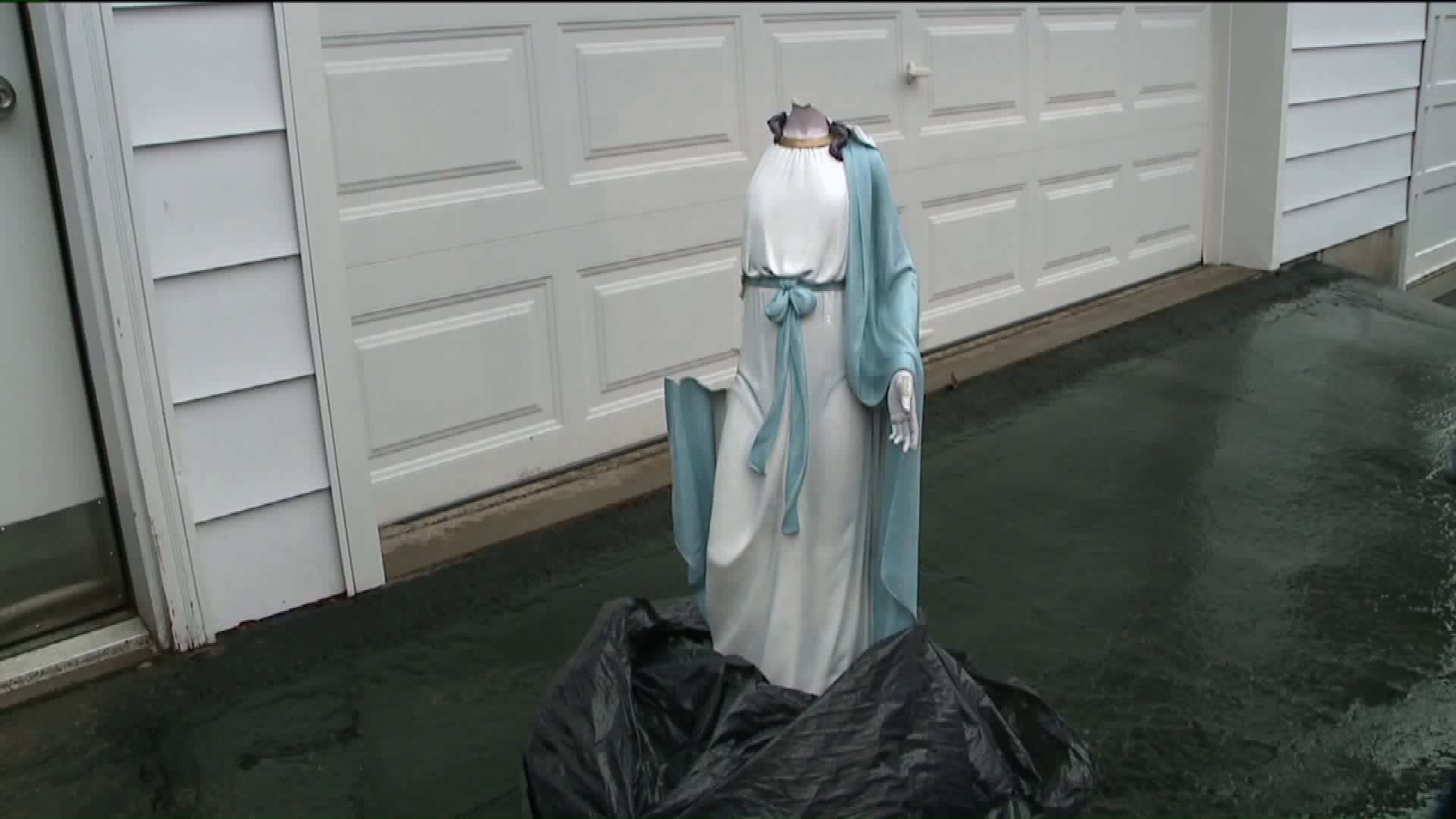 SCRANTON -- Parishioners of a Catholic church on the west side of Scranton tell us they've been praying all day for whoever destroyed the church's statue of Mary. Those with the church say they found the statue in pieces Friday morning.

This statue meant a lot to the parishioners of Saints Peter and Paul Catholic Church on West Locust Street. Every Wednesday they held a service in her honor and now, the statue is destroyed.

It used to be prominently placed at the front of this church, but now the Our Lady of Grace statue lies in a garbage bag while officers search for whoever vandalized it.

"It's not so much as a hate crime but it's just really hurtful," said church secretary Chris Wasko.

Her entire face was shattered to pieces with a gaping hole in her body. Wasko says she felt sick to her stomach when she found it Friday morning.

"You're not just damaging a statue, you're damaging people. They pray to this lady and they respect her," Wasko said.

This statue wasn't just knocked off its base, those with the church say it was completely shattered, with some of its pieces flying all the way to the top of the church steps from where it was based at the bottom.

This isn't the first time a statue was vandalized at the Saints Peter and Paul Catholic Church. Years ago, officials say another statue was here and this was a replacement for that statue.

"It's a shame because you see the statue there for so many years and it's just a shame. I don't know if it was the kids or anybody," said Robert Webb.

For now, the church says it will continue to do what it does best: pray for those who need it most.

"Please let us know who did this because not only can we pray for them, but hopefully we can teach them what they did wrong," said Wasko.

If you have any information about this case, you're asked to contact Scranton police.