SCRANTON, Pa. — Students sexually assaulted by a vocational school teacher in Scranton thought that school life would get better when that teacher was fir... 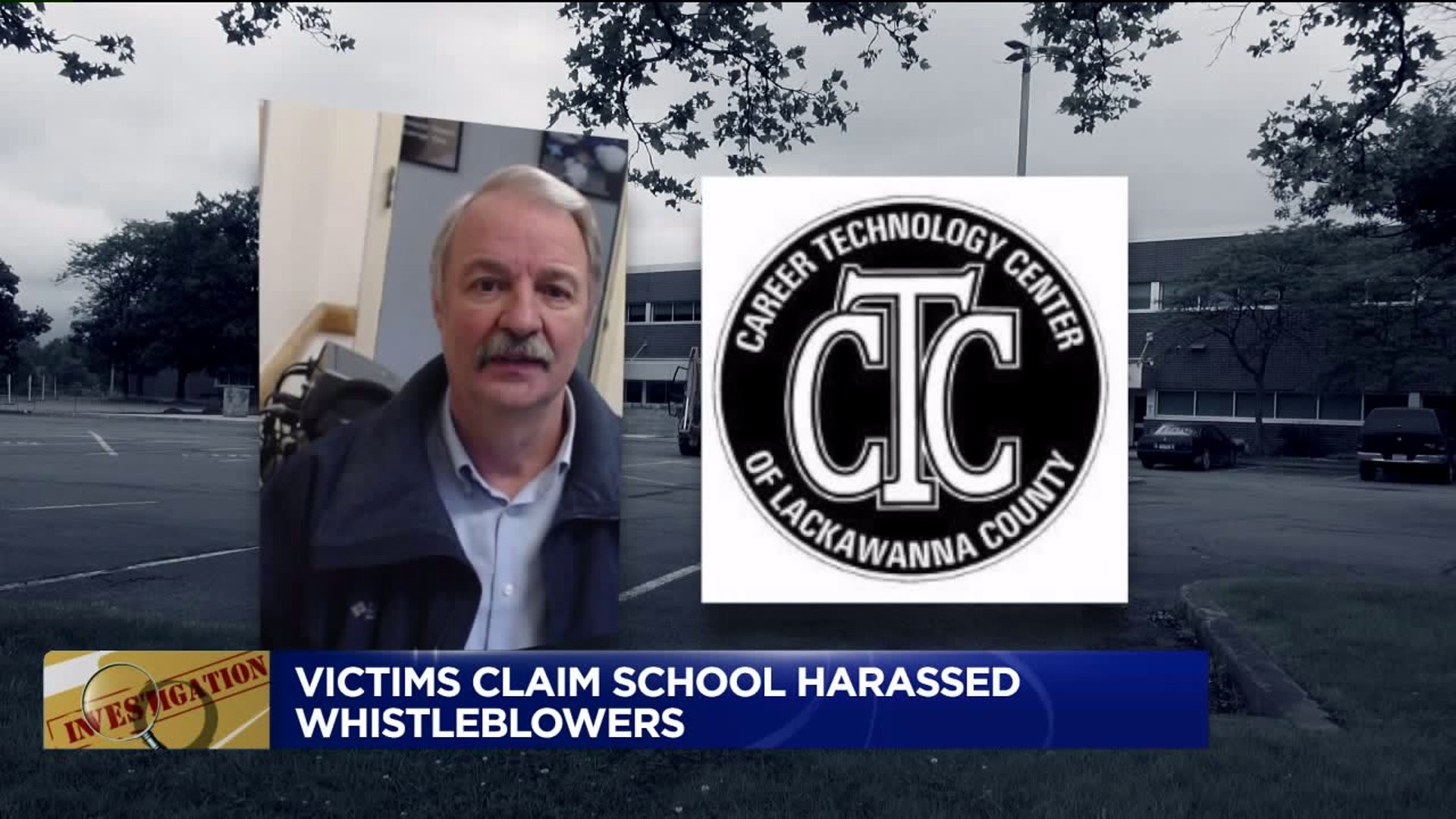 SCRANTON, Pa. -- Students sexually assaulted by a vocational school teacher in Scranton thought that school life would get better when that teacher was fired and later went to jail for his crimes, but lawyers for these teens say their problems continued.

Eight teenagers who attended the Career Technology Center in Scranton filed a lawsuit. They claim they were bullied by CTC staffers after they blew the whistle on auto maintenance teacher Richard Humphrey.

Teens came forward in 2016 claiming Humphrey groped and sexually assaulted them at the Career Technology Center in Scranton.

A year later, Humphrey left school when Scranton police charged him with a series of sex crimes.

But even after Humphrey left, the victims say they were harassed and bullied by other teachers.

The suits claim after Humphrey left school, another teacher openly called the victims, "liars," adding, "I hope that they all get what they have coming to them."

The suits also cite a CTC administrator for "threatening to not allow a student to walk for graduation ceremonies along with other classmates."

The lawsuits not only name the CTC, but the school districts that sent the kids to the CTC as defendants.

"The districts had the responsibility," Moran said, "to keep safe and protect the children regardless of where the abuse happened."

Records show Humphrey served just five months of an 11 to 33-month jail sentence. He is now under house arrest in Luzerne County. The lawsuit targets the CTC and five school districts claiming they, "failed in their duties to disclose the multiple reports of child abuse by Richard Humphrey," and that a background check would have shown "prior to being hired by CTC, Richard Humphrey had engaged in similar sexual misconduct," at a car dealership in Scranton.

"The boys have been devastated. Some of them have had to drop out of school. They had to give up their chosen and trained-for career," Moran added.

We tried to get comments from both the CTC and the five school districts in Lackawanna County named in the lawsuits. Some did not return our calls and others said they cannot comment because they have not seen the lawsuits which were filed Monday morning.