SCRANTON, Pa. — Several veterans from our area were honored on Friday in Lackawanna County, receiving medals that were a long time coming. Veterans and fa... 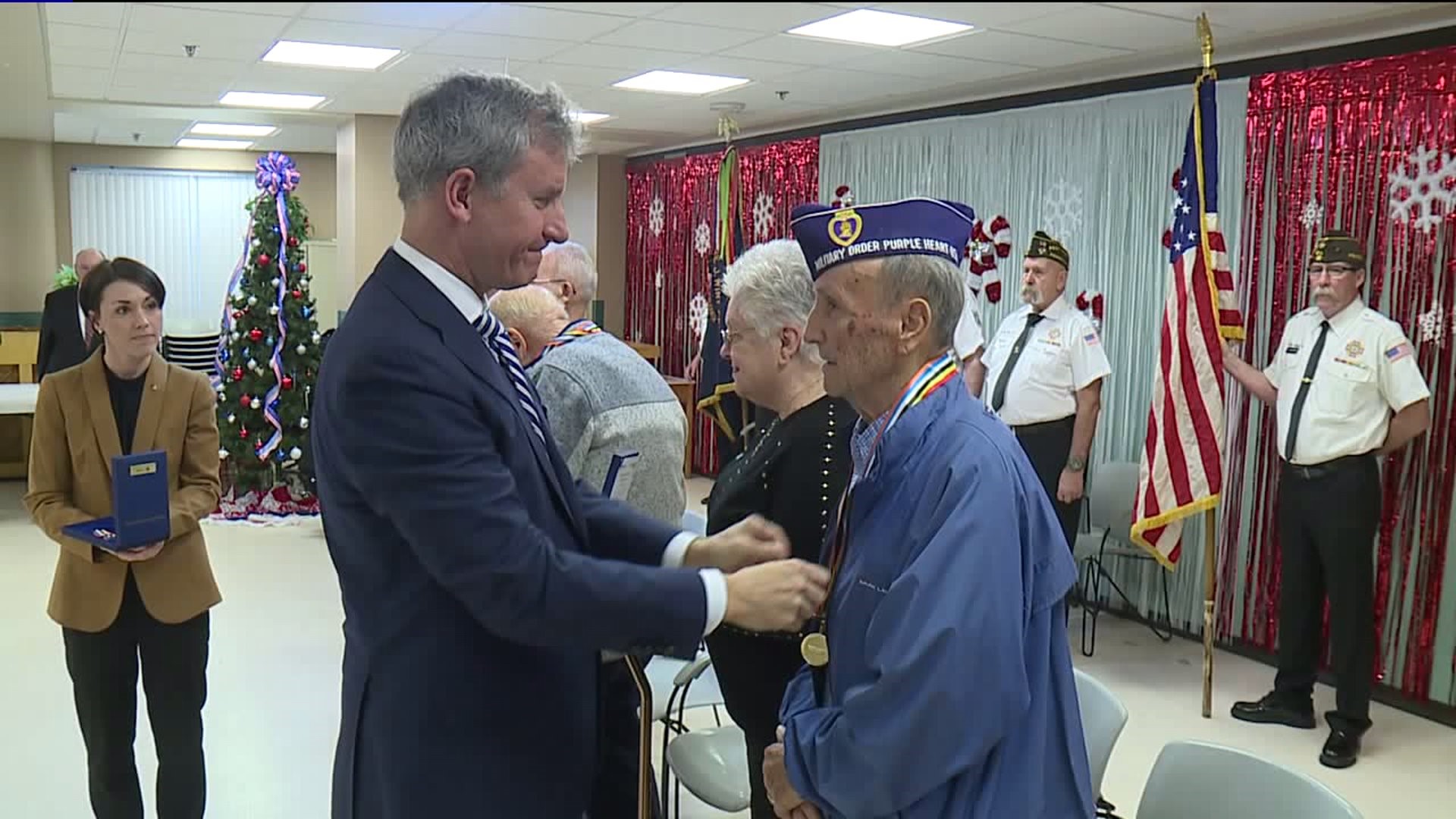 SCRANTON, Pa. -- Several veterans from our area were honored on Friday in Lackawanna County, receiving medals that were a long time coming.

Veterans and family members were packed inside the Gino Merli Center in Scranton for the medal ceremony. First Sgt. Robert Jones of Waymart served in the U.S. Army during World War II and posthumously was awarded the Bronze Star and the Purple Heart, along with two other service medals by Congressman Matt Cartwright. His son Allan accepted the awards.

"When he called yesterday, he said, 'you'll be surprised how many medals he's going to receive,' so, yes I was surprised," Allan Jones said.

Before enlisting the Army in 1940, Robert was a trapeze artist in the Jones Brothers Circus and a Golden Gloves boxer.

"When he was in the military if someone gave him a little trouble, it was very easy to come into the ring and he'd straighten it out for them."

Four other Korean War veterans were presented with the Korean Ambassador of Peace medals. The medal is an expression of appreciation from the Korean government to the American men and women who served in the Korean War.

Army veteran Frank Prokop of Wyoming was one of those presented with the medal. He already has a Purple Heart and is lucky to be alive.

"I got hit in the leg right above with a 51 caliber and it missed the bone, artery, and nerve and doctors couldn't believe it," said Prokop.

Joe Castellano of Scranton was also awarded the Ambassador of Peace medal with his family there to share the moment with the proud Army vet.

"After 65 years, I'm so happy. I didn't push the issue, but I had friends that did it. I have five more medals coming," Castellano said. "It makes me feel good and young again."

Castellano also said that when those medals come, there will be a ceremony for it. Those that had family in the room all agreed how special it was to receive this honor with their loved ones present.