A tribute to veterans in Scranton took a big step forward Monday morning. 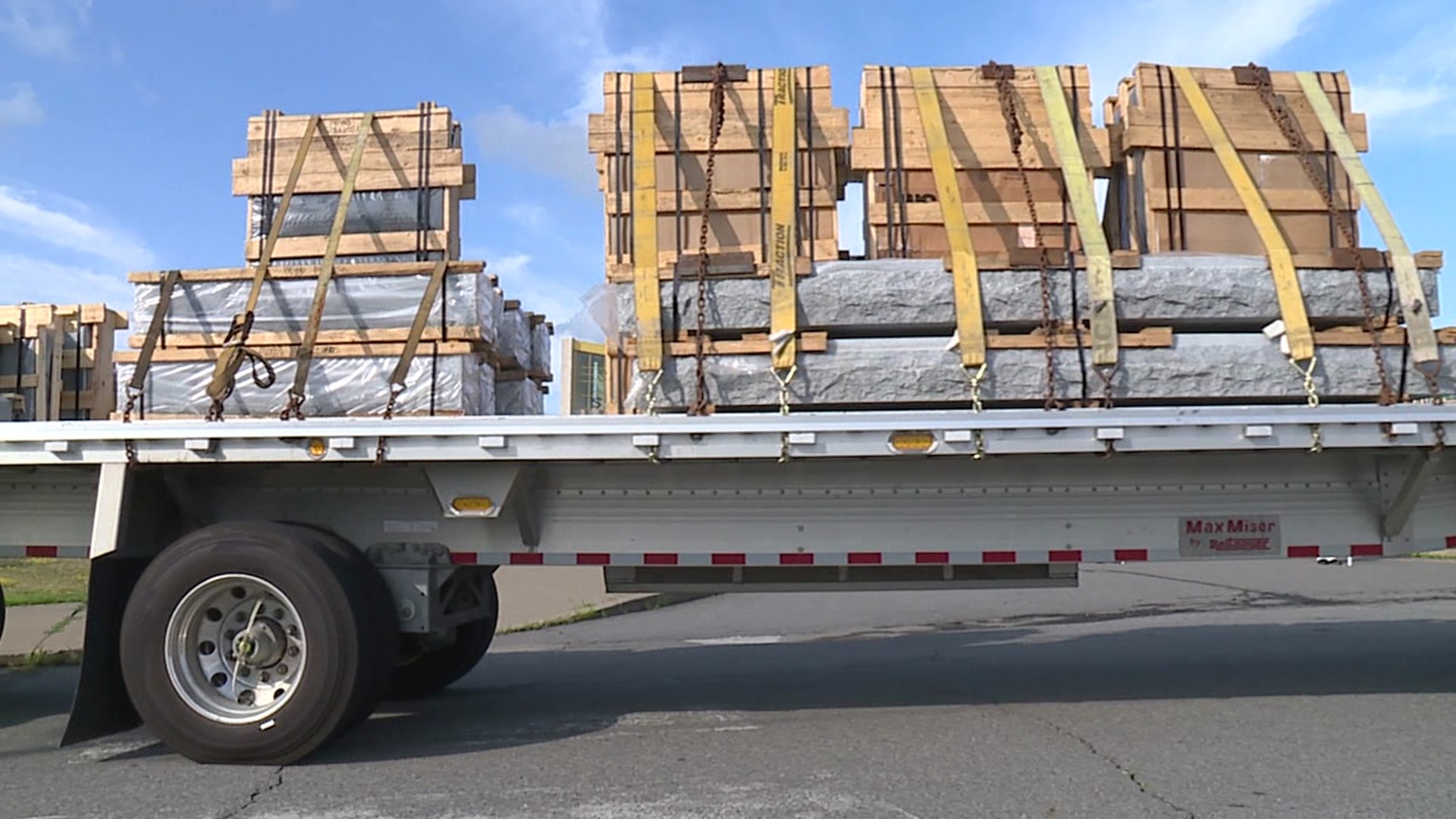 SCRANTON, Pa. — Pieces of a new memorial to veterans were trucked into a site in front of Scranton High School, at Munchak Way and Providence Road, as veterans lined the streets.

The people at a VFW post along Rockwell Avenue in the city came up with the idea for the memorial where hundreds of people, maybe thousands, will see it every day along a busy road, and right at the entrance to Scranton High School and Memorial Stadium.

Scranton has other memorials to veterans, but this is what makes this one different. It will bear the names of about 1,000 veterans from Scranton who were killed in action or who died while serving during wartime. Some are on other plaques in the city, but there will be 400 additional names here of people who served and died but who have never been memorialized before.

Members of the VFW explain that they checked cemeteries, other monuments in the city, and military records to make sure everyone from Scranton who fought and died is not forgotten.

"We thought we were going to get a handful. It turned out to be close to 400 veterans," Pat Ahern said.

The task now is to put it all together, assemble the wall of names, and pay tribute to every one of those who never came home.

"We're thankful that we are able to honor these veterans now, after all these years. Some of them from World War I, over 100 years ago. Finally, they're getting their name on a monument," Ahern added.

Dedication of the monument, a project five years in the making, is scheduled for July 25.