SCRANTON, Pa. — The Fourth of July holiday is a time to recognize our nation’s veterans and that’s what folks in Scranton did at an annual cer... 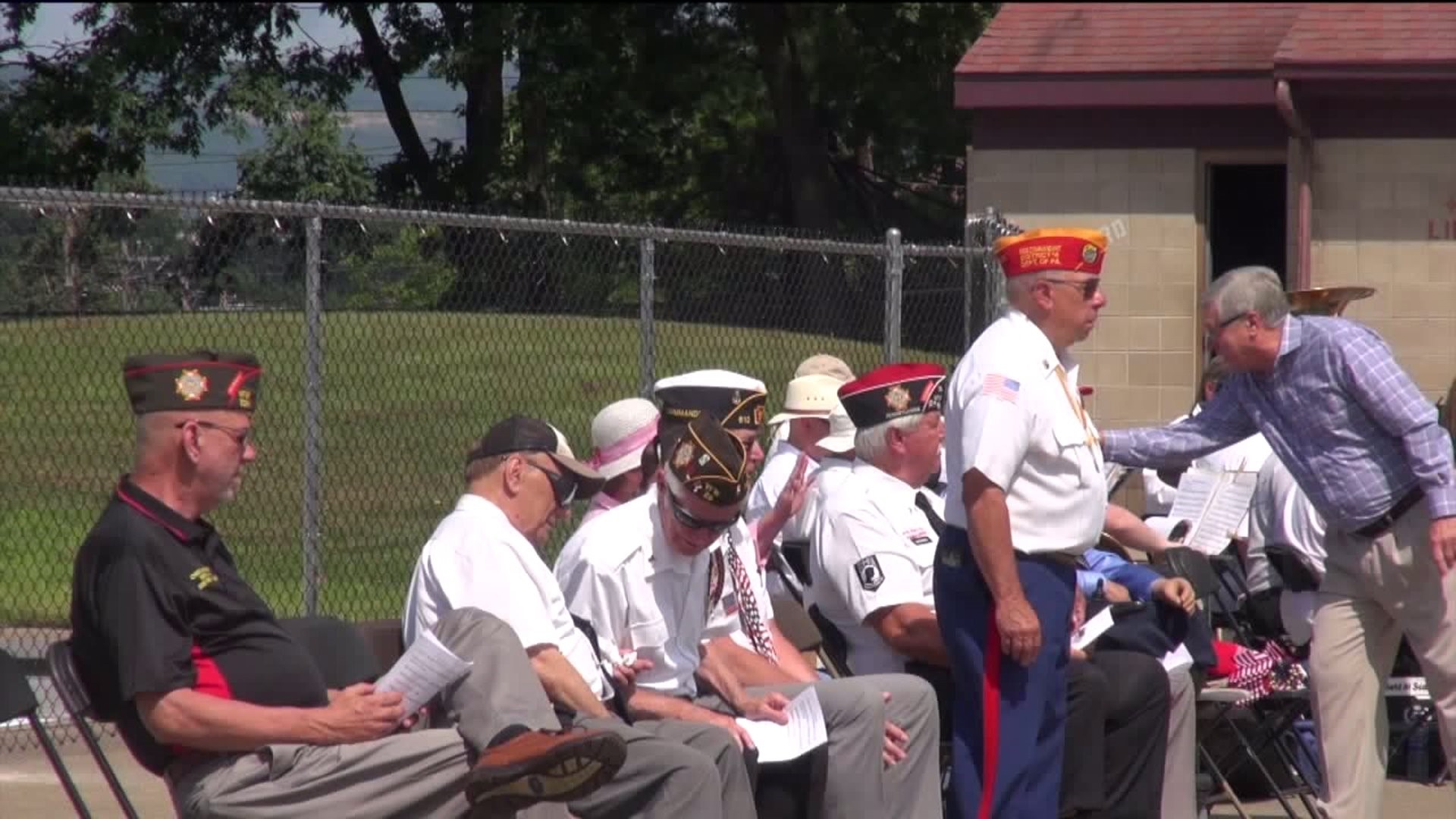 SCRANTON, Pa. -- The Fourth of July holiday is a time to recognize our nation's veterans and that's what folks in Scranton did at an annual ceremony in Nay Aug Park.

Dressed in their best red, white, and blue, and proudly waving their American flags, about 100 people gathered in the park to celebrate what our nation's birthday is all about.

"It brings the entire country together, regardless of religion or politics," said David Wenzel, a former mayor of Scranton and a Vietnam veteran.

For many, the Fourth of July means grilling, barbecues, and fireworks. But for the veterans at Nay Aug Park, the holiday has a much deeper meaning.

Like David Wenzel, who not only served his city as mayor back in the 1980s but also served his country during the Vietnam war.

"I just love the country, what can I tell you?"

Wenzel understands that freedom isn't free. He lost both of his legs, one hand, and the vision in his left eye when he stepped on a landmine during the war in early 1971.

"There's an obligation that comes with the flag and also being an American," Wenzel said.

It's a lesson that Nicki Hemingway hopes to pass on to her four children. They all came out to support their dad, who served in the army from 2004 to 2007 and participated in this morning's ceremony.