Wednesday marks Veterans Day, a day to honor all those who have served and are serving our country in the military. 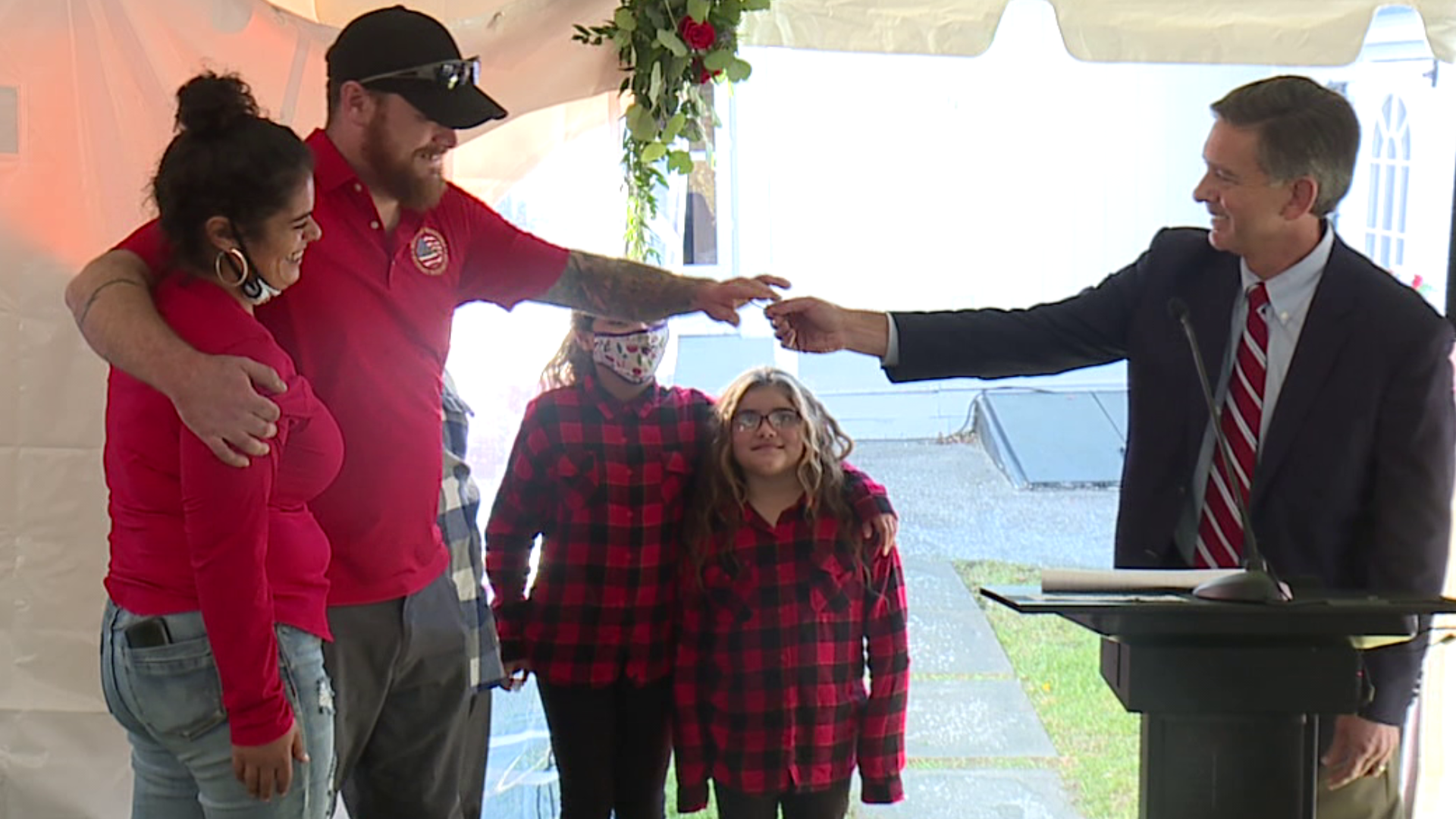 Tuesday marks the 245th anniversary of the creation of the Marine Corps, which was established by the second continental congress to help fight the Revolutionary War.

In Scranton Tuesday, a retired Marine and his Army wife were gifted a new home as a thank you for their service.

In a backyard in South Scranton, a very special kind of homecoming for the Terzano family.

PNC Bank and Military Warriors Support Foundation teamed up to renovate a home and gave it to the Terzanos mortgage-free.

Nate Terzano is a retired Marine who served in Iraq and Afghanistan.

His military career ended after he was injured by an IED, one of the reasons his family was chosen to receive the home.

Nate admits that after his service ended, this level of joy for him and his family didn't seem possible.

"I miss all the guys I served with, the best job I ever had. I was good at it. You know, a lot of stuff happens, but you move on, you pick up, and you move on, you know?" said LCPL. Terzano.

The Terzanos have moved a lot. Nate's wife Jess was in the Army. Scranton will be their new home.

"Our kids have experienced being the new kid a lot. So, this time we get to move and stay for a while and get some roots. So, it means a lot for our family. The opportunity to further his career, further my schooling without having to move again," said Jess.

Roots and a roof over their heads and all to say thank you for their service.

"I'm so blessed to have this, my family is good now, and everything's going to be good," said Nate.